This news pierced my soul. I have adored Matt and Jude for many years, since we hung out together all day every day at the University of Iowa as young faculty/ grad students in the 80s. Both brilliant artists, they made wonderful collaborations over the years, and each create unique, astonishing individual works. I hold both close to my heart, and wish I could have been there.
Sue Hettmansperger

Yes! We all had such fun together! I remember that convertible! And your career has been wonderful...., I will also post here a drawing he allowed me to take with me, after one of his performances. I love it because it speaks to the desire we all have to be heard and loved in life. And two photos when I visited them several years ago. I walk around tearing up now, thinking about how I missed seeing them on my last trip there. Matt would always meet me somewhere in Manhattan and I would go along for the ride while there; a terribly fun, exciting and smart ride with Matt & Jude. 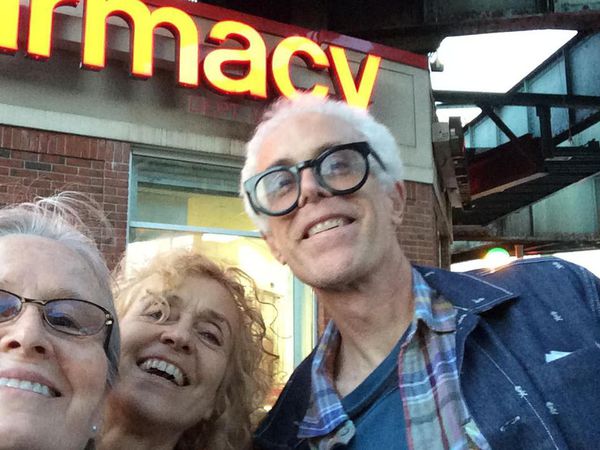 Such fun times in the convertible; I am so glad we met. I think of you often and love your art posted on Facebook!

I am terribly sad and very sorry to hear about the news. Matt was one of the most inspirational professor I have ever had when I was a student at UPenn (1995-1997). We just exchanged emails 10 days ago, but I did not know he was sick. He replied to me with kind words and that encouraged me. Thank you Matt for everything! You will be deeply missed. I am so sorry for your loss Jude. My deepest sympathies to you and your family.

Matt was a Critic/Professor I had the privilege to learn from during my graduate program at UPenn. I am shocked and saddened by the news - he was too young to go. I remember him as a gentle soul and I am so very sorry for your loss. He was so kind. Sending you love and prayers.

Dear Jude, I send big love your way for your enormous loss. I was always so in awe of Matt's brilliance and curiosity. What an amazing man. I loved living with you two at 19 Hope Street and wish that we had lived closer these years, especially since his illness. LOVE

I met Matt sometime in the late 80s when I went to visit Jude at the University of Iowa where she was teaching and they were living together—under the radar, as he was still a grad student. We drove around the cornfields in their big old convertible, blasting blues on the radio. Later, having conceived of myself as the Studs Terkel of modern-day romance, I was writing a book, interviewing couples about how they met (never published, but that’s another story) and Matt and Jude’s beginning was definitely the most original. As Matt told it, Jude was the glamorous NY artist whom all the guys had a crush on. One night she was overseeing his sculpture workshop when he had an accident, cut off his finger, and she went with him to the hospital where it was successfully sewn back on. “I guess it was painful,” Matt said, “but totally worth it to ride in the ambulance with this beautiful woman rubbing my chest.”

I am so sorry, Jude. Sending love

Dear dear Jude,
We grieve for you,
and with you.

A Life well lived. So glad to have known both his gravitas and humor.

Here I am holding up a drawing I made in May while watching Matt perform Magic and Catastrophe on Zoom. I drew it upside down in imitation of him, to see what that felt like. The text comes from his story as well—seemingly apt as we all sat inside our Covid realities, gave a new twist to Matt’s storytelling. RIP 🌹 XJeanne Liotta 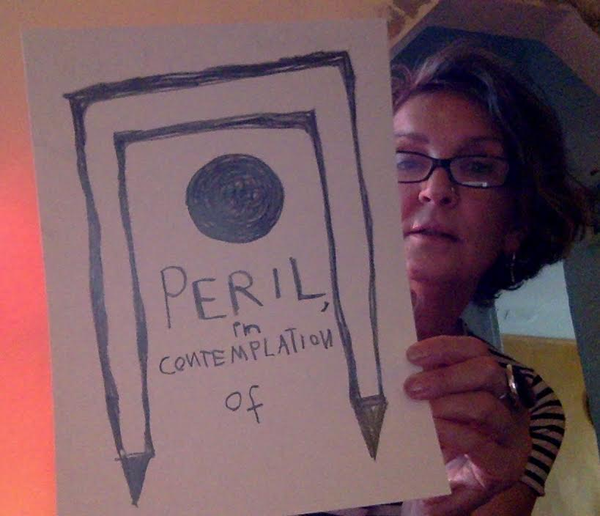 Here is a link to the zoom lecture he gave to our MFA program at Sierra Nevada University this summer in case anyone wants to hear him be brilliant anytime: