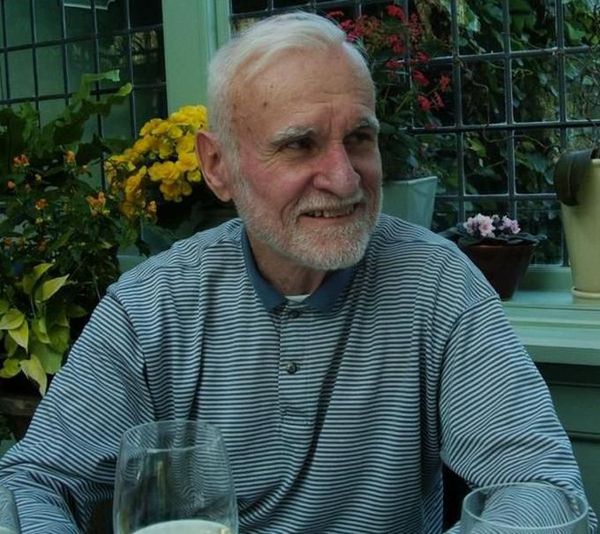 Dr. Robert Ellsworth Gross died peacefully in his sleep on Saturday, August 13, 2016. Born in Topeka, Kansas, on January 30, 1932, he was predeceased by his sister, Jean, and his brother, Phil. He is survived by his sons Scott (Teresa) of Newcastle, WY, and Todd of Carlsbad, CA, daughter Shannon (Dave Schaafsma) of Victoria, BC, and six grandchildren.

Bob graduated from Geneva College in 1954. He went on to medical school in Philadelphia, Pennsylvania, at Thomas Jefferson University, graduating with a degree in Medicine in 1958. After a short stint in the Indian Health Service and then in the Coast Guard, Dr. Gross started his own medical clinic in El Cajon, CA in 1960. He also became the doctor for the El Cajon High School and Granite Hills High School football teams. After 22 years of general practice, including all aspects of Obstetrics, Surgery, Sports and Aviation Medicine, Dr. Gross completed a certification in Emergency Medicine. He worked in the ER at hospitals around the country until 1997, when he retired from traditional medicine.

Not one to take things at face value, Dr. Gross embarked on a whole new pursuit of medical education in his retirement. He believed that many illnesses could be treated more effectively with natural products and healthier lifestyle choices. He was never without some new idea on how to fight disease and ill health and, if you asked him about it, you needed to be sure that you had enough time set aside to hear his response.

Bob's life and legacy were wrapped up in his desire to help people find healing for their physical ailments. Near the end of his life, he was using an alternative medicine to treat his leukemia, hoping that his approach might help his children, should they become similarly afflicted. He asked that any unused portion be given to a friend who was suffering from the same disease. His attitude toward his own disease could be summed up in his frequent reference to the song, "Que sera, sera, whatever will be will be."

His desire to help others was his trademark. He will be sorely missed. A celebration of his life is planned for Christmas vacation 2016 in Las Vegas. Details to follow.