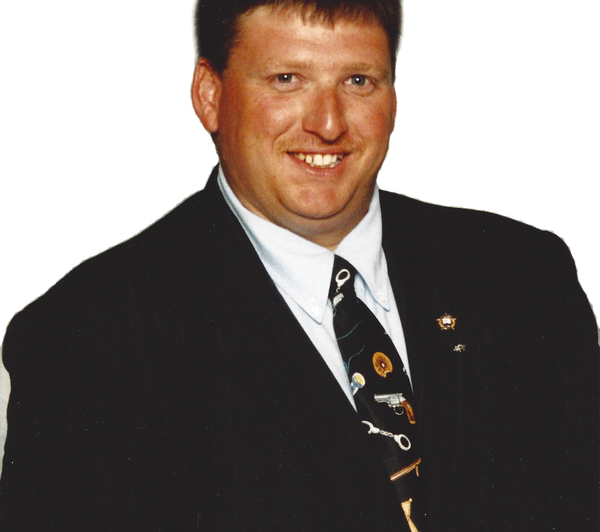 In 1997 and at 27 years old, Chris Hughes stepped into office as the youngest Sheriff to be elected in Missouri.  He went on to be a two-time recipient of the Sheriff of the Year award given by the Missouri Deputy Sheriffs' Association.

Working many federal investigations over the years with the FBI to stomp out the methamphetamine 'epidemic' that had plagued the county earned his way to this prestigious statewide award.  It also inspired Sheriff Hughes to start a D.A.R.E. program for all the fifth-grade classes in his county that continues today.  Most recently, he worked out an arrangement that allows a resource officer, and that deputy's salary, to be shared equally by the five school districts in Chariton County.  The county will also bear a portion - albeit small - of the costs.

Although illegal drug use continued to be his greatest challenge since taking office, he believes his biggest accomplishment has been his ability to help his county's children.  In a recent cover story in "The Missouri Sheriff" magazine featuring Sheriff Hughes, he shares that "I can't tell you how many times kids - well, now they're young adults - have seen me and run up to give me a hug, thank me for taking them out of horrible situations at home and invite me to their graduations or their weddings."

In addition to being appointed by the Governor to serve on the Missouri Methamphetamine Relief Taskforce (MOSMART) and a National Sheriff's Institute graduate, Sheriff Hughes is also a fourth-generation owner of a Century Farm, an active member of the Masonic Lodge and Ararat Shrine Club, Chairman of the Chariton County Democrats, Board of the Keytesville United Methodist Church, and a member of the Keytesville Lions Club, Keytesville Volunteer Fire Department and Keytesville Chamber of Commerce.

Although Sheriff Hughes may be stepping down from law enforcement, he won't be stepping away from his commitment to make Chariton County a better place to live - especially for its youth.  He will continue working with the younger generation in his new position as the Juvenile Officer for the 9th District.  The retiring Chariton County Sheriff is clearly committed to having a continuing and long-lasting impact on the county's youth.

As Sheriff Hughes recently shared, "My wife, Rhonda, and I have two grown daughters and one grandson and we also have two young boys who will be growing up in this county.  I want this to be a good place for them to live."

Read how Sheriff Hughes' community, colleagues, friends and family are celebrating his service and retirement.  We welcome you to add your own stories, gratitude, memories and well wishes for him.....

What a wonderful send off! Just wish your dad, brothers, grandparents, aunts, uncles and cousins were here for the big event. I must admit that there were times when I was uncertain which side of the law you were going to be on.... Seriously though, I'm very proud! 640M

It seems that I have called this guy "Mr. Sheriff" his whole life! As Chris continues to live an extraordinary life with Chariton County as his focus, I know that he will continue to be the goodwill ambassador he has always been. Here's to a great new beginning to what has already been an exemplary life's story!

Chris has been a great sheriff, friend and community leader. His relentless pursuit of "doing what is best" has made him a mentor to many. I am fortunate to have worked along side such a great person and even more fortunate to call him my friend. We have played many a jokes on each other over the years and I'm sure many more to come. Enjoy this next chapter in life.