Unfortunately like most people, I remember exactly where I was and what I was doing fifteen-years ago Tuesday, September 11, 2001 on what initially promised to be a very beautiful autumn day.

I also recall what I was thinking, and just how helpless I felt when witnessing the horrific sights and sounds that were to come.There was nothing I could do then, but in the days that followed I wrote the following parable.

It was then, as it is now my sincere hope that it would someday serve to assure those who lost loved ones, that by virtue of our thoughts, they were never alone.

In The Blink Of An Eye

I had not known them. We’d never met. Now we cannot.

I did not know their families. Yet aspired to feel their loss.

How had they spent the past evening. When did they last speak?

They would anguish in those moments. Always treasure their memories. I had the sacrifice of neither.

Mothers, Daughters, Fathers and Sons. What were they doing a week ago today?

If only they’d known, how much lay ahead. How little remained.

In the blink of an eye, with one senseless act. Nothing would ever be the same. But the solidarity of our thoughts.

In the spring of 2013 Reed Photo Art & Imaging’s Designer; Dan Reed and Richard’s collaborative artwork entitled; In The Blink Of An Eye was registered with the 9/11 Memorial Artist Registry.

On September 25, 2013 Richard was given a Basno 9/11 Memorial Supporter Badge as a token of gratitude for supporting the nonprofit National September 11 Memorial & Museum. 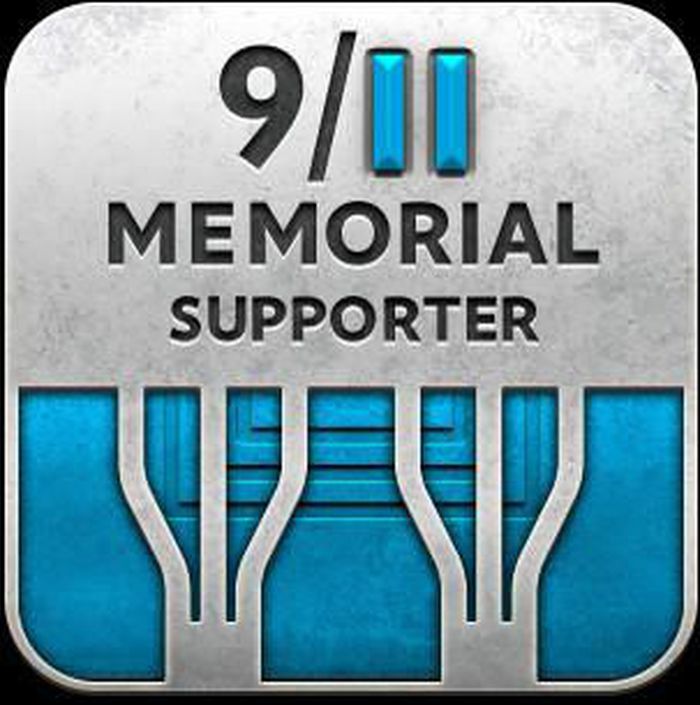 As a Canadian Author I have always taken a tremendous amount of pride in his being allowed to take part in The National September 11 Memorial and Museum’s rebuilding efforts and look forward to doing even more in the future. My artist’s statement, portfolio and résumé can be viewed at the following link: www.911memorial.org/registry/rlbelford.

I truly hope In The Blink Of An Eye not only gives everyone cause to reflect, but also further inspires those who read it to take a moment to like, share and tweet this post in a unified effort that will assure the 9/11 families that by virtue of our thoughts, they were and will never truly be, alone.

“What you leave behind is not what is engraved in stone monuments, but what is woven into the lives of others.”   ~Pericles ~

About the Author: Richard Lawrence Belford is an inspirational writer, father of two daughters and the eldest of three sons who grew up in Ottawa, Ontario, Canada. He has been on a twenty-five year creative journey that’s not only allowed him to become well published, but also fueled his genuine desire to provide faith, comfort and hope to those in grief.

Richard is also the author of ”It’s Not Goodbye, It’s See You Later” an inspirational book about life, love and loss whose parables honor the memory of those dear to our hearts.

A parable is a symbolic short story that illustrates or teaches some truth, religious principle or moral lesson.

As just one of billions of people who have lived, loved and experienced loss Richard has dedicated his book to the memory, and written its forward as a tribute to his father. He hopes it makes him proud. 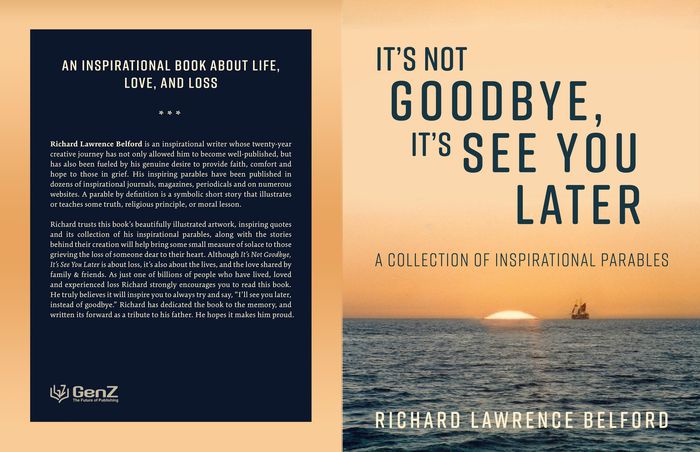 It’s Not Goodbye, It’s See You Later is available in Paperback or a Kindle edition at Amazon.ca in Canada and worldwide at the following links:

It can also be purchased at barnesandnoble.com in the United States and chapters.indigo.ca in Canada or from Centering Corporation & Grief Digest Magazine’s Grief Resource Library. 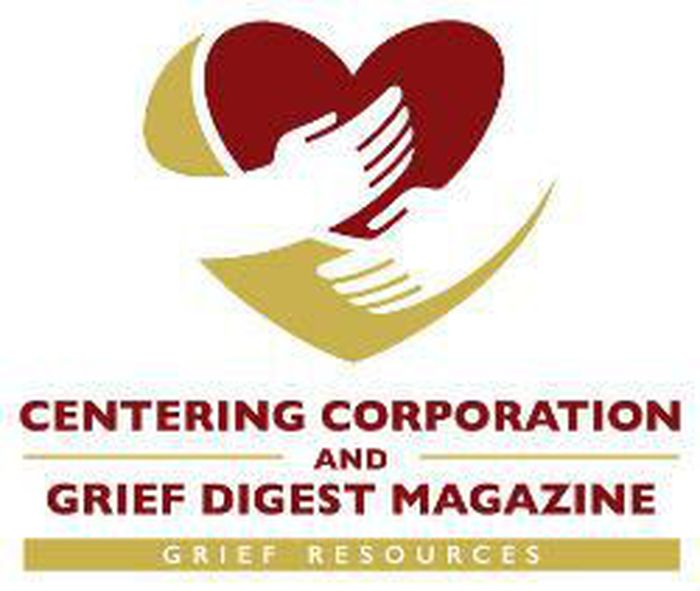 "The Centering Corporation is the largest and oldest grief resource center in North America!"

Richard invites you to follow him on Instagram and Twitter, like his Author’s Facebook Page or visit Facebook’s “It’s Not Goodbye, It’s See You Later Support Group” and join the increasing number of its members who believe his book will inspire you to always try & say; “I’ll see you later, instead of goodbye!”

If you would like further information please visit www.richardlawrencebelford.ca.