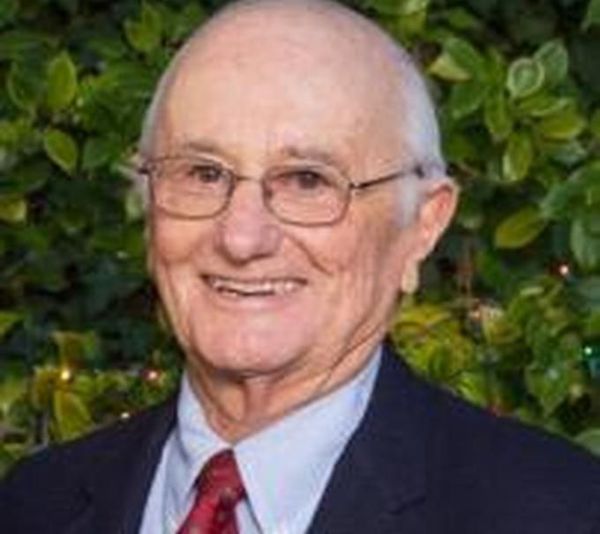 Frederick McKenzie Miller (Fred) passed away peacefully in his home with family by his side on September 10, 2016, following an eight-month battle with pancreatic cancer.

Fred was born on March 19, 1931 in Peoria, Illinois, and graduated from Episcopal High School in Alexandra, Virginia in 1949. He graduated from Dartmouth College in 1953 where he was a member of Sigma Alpha Epsilon. Following graduation, he joined the U.S. Airforce attending Officer Candidate School at Lackland Airforce Base, and upon graduation in 1954 served as a Nuclear Weapons Officer in the Air Force.

In 1957 Fred joined IBM in Poughkeepsie, New York and advanced in his career from the industrial engineering staff to production and planning for IBM’s computer systems, to a series of assignments in strategic market research, business analysis, long-range forecasting, and corporate management planning. Fred met Betty Ann Knickmeyer while working for IBM in Poughkeepsie. They were married in St. Louis in May 31, 1958, and in 1963 they made their home in Stamford, Connecticut where they raised their two children, Martha and George. Ever the history buff, the family spent many vacations touring historical sites all over the U.S. Fred was active in Boy Scouts, First Presbyterian Church, and Long Ridge Swim Club. He retired from IBM in 1987 to care for Betty who died in 1988. In 1991, during a trip to California and a hike in the woods Fred met Kayleen Simmons and they were married in March 1992 when he moved to Menlo Park, California. Fred and Kayleen traveled extensively, including backpacking to First Camp near Mount Everest and to Machu Picchu. Other cherished memories include years playing tennis and relaxing poolside at the University Club in Palo Alto, and annual trips to Palm Springs and Newport Beach, California.

Fred enjoyed tennis, traveling, backpacking, hiking, theater and symphonies, sneaking chocolate treats, and Stanford football games. Most of all, Fred enjoyed time with his family and friends. He was known by the many people who knew and loved him as a gregarious, loyal, and devoted friend.

His family wishes to extend their gratitude to the staff of Pathways Hospice for their compassion and care as he battled and then lived his final months fully and at peace with cancer. All are invited to a memorial reception at the Miller home, 2:00pm, Saturday, Oct. 1 to celebrate Fred’s life. Donations can be made online to Pathways Hospice, pathwayshealth.org.