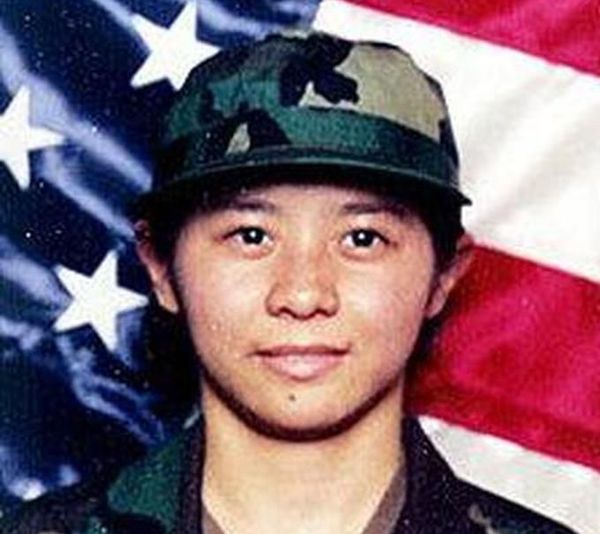 She was reportedly in the back seat of vehicle, the last one in a convoy of five. An interrogator and reservest, she only been in Iraq for one month when she was killed, on Christmas eve.

She was born in the Philippines and moved to Hawaii in 1997 when she was 16.  Her mother had migrated to the U.S. in 1986. According to the Military Times...

Maravillosa joined the Army Reserve in 1999, after graduating from Leilehua High School and two years after moving to the United States....She had attended Leeward Community College and had aspirations of working at a U.S. embassy. She planned to attend Hawaii Pacific University this year, but was deployed to Iraq on Nov. 20.

Estelita Maravillosa, 62, was notified of the death on Christmas Eve at her Wahiawa apartment and was devastated by the news. 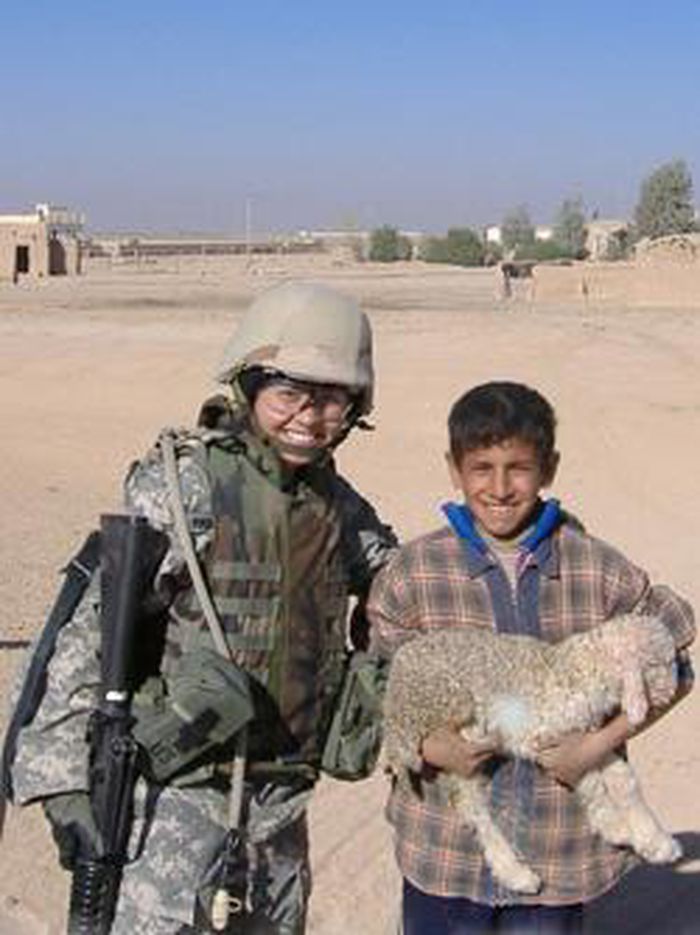 Several of the accounts of her death stressed that she was quite religious and was considering joining the Daughter of St. Paul's Catholic Order.  Sister Susan John Kraus told Catholic News Service that she got emails from Maravillosa showing that "her relationship with the Lord had really deepened."

In one of those messages, written just before she went to Iraq, the soldier admitted to being "scared a little bit." However, "God has been inviting me to remain in him," Maravillosa wrote. "If I remain in him, he will see me through and carry me home."

Those who knew her said Maravillosa did not intend to make the military her career.

"She met the sisters at the cathedral at Mass and she just felt right away the attraction for religious life," said Sister Susan, one of the sisters who operate the downtown Pauline Book and Media Center. "She would come to visit us and volunteer at least a couple of times a week.

"She joined the military for the opportunities that the reserve offered initially," she added. "Things weren't always easy for her. But she stuck with it." 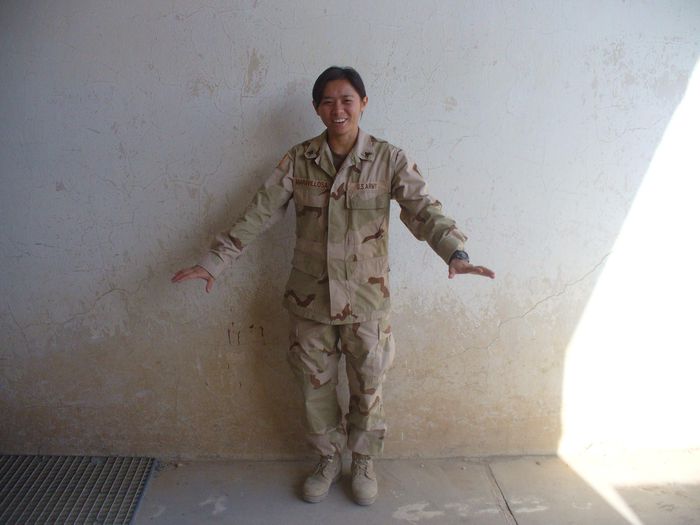 observations from her mother

She was Estelita Maravillosa's only child.    She told the Hawaii Catholic Herald:

"She felt very honored to serve her new country... She was a very loving, understanding, polite and obedient person," she said. "She was a very respectful daughter."

At the funeral in the Philipines, she said:

"What sorrows I have now, I have to accept because that is her fate.... She died not in vain. She died for a cause — for the freedom of the whole world."

In another interview she said, "I can't describe the pain, but it's her job, a call of duty. ... You have to accept."  She criticized the broader war effort:

"My daughter is the victim. I hope President Bush will remember that one, will realize how many American soldiers are being killed.

What I wanted is my daughter will be buried with dignity and honor. That's all I wanted, that all my request will be granted, because that is my last farewell to her. That's all."

inspiring comments from her fellow soldiers

"She approached everything she did with a positive spiit... She was a servant of God, her country, her fellow man....[She was] a young woman who cared for the downtrodden [and] left joy in the hearts of all those she came in contact with."

In comments on Legacy.com, several of her fellow soldiers offered moving memories:

She was one of the kindest, sweetest, smartest people I've ever met.

Your commander fell to his knees, the driver was more concerned about you then his own wounds. I remember the entire base saluting your departure as we flew your body home."

I was one of Sgt Maravillosa's instructors at the 97E Course on Ft. Huachuca. We have so many students go through the course that I only remember the really special ones. She was one of those soldiers who never gave up.

There was a special outpouring of love and gratitude from those in the Philipino-American community.  Chief Warrant Officer Inocencio Cacho, a Hawaiin soldier of Filipono ancestry said:

It was not easy for Myla. She was a petite Filipino woman. We are a family and we have lost a family member. She brings great honor to all Fillipino women, and to all Filipinos."

She was buried in  Uog, Inabanga, Philippines where she had grown up.  Phillippine flags in the province flew at half staff. The Honolulu Advertiser interviewed her grade school teacher, Dulce Betinol who said she could not imagine "this cute, gentle girl, so sweet with a ready smile" joining the Army.

"None of us thought or even just dreamed that our (village would) ever produce such a young woman with such commitment, serving at the cost of her life."

She was awarded Hawaii's Medal of Honor

I know it has been a while since I dropped by, but I will never forget. I will always remember Sgt Maravillosa.
Jon Bollin, 35M Instructor, Ret.