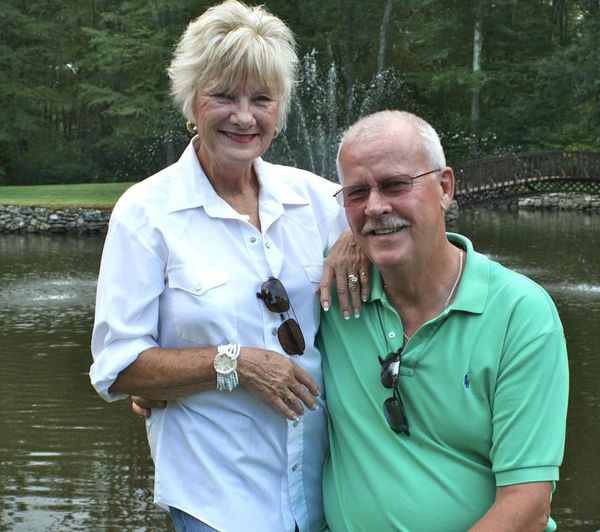 James' accounts of his early years in Montreal, which he wrote in a tribute to his brother, Dave, include memories of summers that were carefree and worry-free. He refers to horse-drawn wagons delivering blocks of ice to the house every other day, where a block would be placed on top of the refrigerator to keep the food cool. When the melted ice overflowed the drip pan they would have fun splashing around in the puddle on the kitchen floor...surely delighting our mother! The street vendor, also with his horse-drawn cart, would deliver fruit and vegetables & leave them on the back porch. This led James and David, after some contemplation of the tomatoes in the basket, to "I bet you can't hit the garage door with a tomato" and "sure I can, that's easy", an event that was described as the "first and last tomato tossing contest". As 5 and 8 year olds, it sounds as though they were always into mischief! The trolley that picked Dad up in the morning and deposited him back there in the evening was a source of great interest, especially when they found that one of them could distract the driver while the other could sneak around the back and disconnect the rope that led to the trolley's power. There was also the milkman's horse-drawn cart, and a contest of who could get to the milk first to lick the cream off the top. In the snowy Canadian winters, James and David discovered that they could hang onto the back of snowplows and cars and slide part way to school and back. James was hit by a car 3 different times in his life, and one incident involved riding a sled backwards down a hill, and sliding right under a car traveling down the road. It never seemed to stop him from looking for the next adventure!

In 1952, the family moved to CT and rented a house right on the beach in Milford. This opened up a whole new world for the entire family and was one that instilled a lifelong love of the beach, the sand, the sun, and the water. As kids, they roamed a 10 mile distance from Point Lookout to Point Beach, discovering clams, mussels, sand worms, crabs and oysters. They discovered many other treasures, to where it became a family phrase to say "I found it at the beach", regardless of how preposterous that statement might be! Hurricanes were a new fascination, with the high waves and screaming winds, and you didn't find the Williams kids inside watching from a window. We were always out in it, swimming in the huge waves and delighting in the storm. Someone was surely watching out for us!

School was a hassle for James, except for the social opportunities, but he did graduate from Milford High, where he excelled on the swim team and Acapella choir. He then spent 4 years in the US Navy aboard a submarine tender, the USS Fulton, which was based in Groton, CT, only an hour away from home. He was often home, and Mom once commented  that she had been "near death's door" several times as James used her as an excuse to get home the times he REALLY had to be there. The ship appeared to spend the winters in Cuba and the summers near Newfoundland, and James was always sporting a tan. Over the years, he worked in Air conditioning and Refrigeration, and in his free time was playing racquetball, golf, cards, listening to music of all kinds, or just enjoying life. He made friends wherever he went and had many long-lasting and cherished friendships over the years.

In eighth grade, James joined the church choir and he believed that that is where he first started listening to the scripture readings and where the "hunger for the Word and for Christ" began for him. He thanks his brother, Dave, for this awakening. This hunger stayed with him throughout his life and he nourished it with the people and friends he found at Waterbrook Community Church in Longs, South Carolina, where he found grace and peace in the last years of his life.