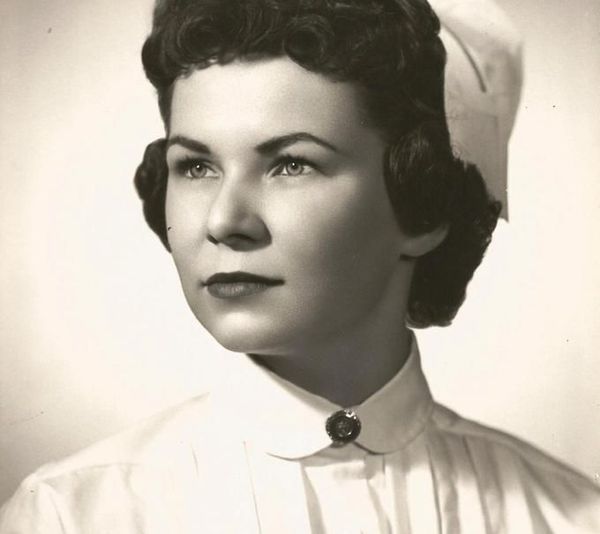 Barbara  was born August 4, 1937 in Troy, Ohio, the second of three girls, to William and Helen Seabold.

A graduate of Troy High School, Barbara entered the RN Program at Good Samaritan Hospital in Dayton, Ohio, and earned her license.  She later earned a Bachelor's Degree in Nursing from St. Francis University in Joliet, Illinois, and special certification in Rehabilitation Facility Administration from DePaul University in Chicago, Illinois.  In her professional life she cared for patients in Ohio, Illinois and Florida as a Staff Nurse, Head Nurse, Assistant Director of Nursing, Discharge Planner, and Rehabilitation Coordinator.  Early in her career, Barbara found herself drawn to physical rehabilitation.  Herself a survivor of Hodgkin's Disease, breast cancer, and a devastating motor vehicle accident, her greatest professional joy was helping those recovering from traumatic injury or illness return to their homes, families and jobs, functioning at their highest possible potential.  She retired from Sarasota Memorial Hospital after 35 years in nursing.

Barbara and Frank Hodalski were married May 28, 1960, and spent 56 golden years together, mostly in suburban Chicago. They were blessed with four children: Lynne, Frank III, Michael, and Carol; and two grandchildren, Clayton and Ethan, through Carol's marriage to Edward Marsh.

Upon Frank's retirement from Triton Collage in 1991, they moved to Sarasota, Florida.  A mutual interest in American Colonial and Revolutionary History led them to memberships in the Daughters and Sons  of the American Revolution, and kindled a passion for genealogy.  Barbara remained an active member of the NSDAR until her passing, and held many positions in the Sara De Soto Chapter, including Regent and Honorary Regent, Chaplain, Parliamentarian, and Registrar.  Barbara's research into her own bloodlines led to memberships in many other hereditary societies, including:  Colonial Dames of the Seventeenth Century, Daughters of the War of 1812, Dames of the Court of Honor, Daughters of the American Colonists, Women Descendants of the Ancient & Honorable Artillery Company, Magna Carta Dames, Colonial Order of the Crown, Plantagenet Society, Sovereign Colonial Society of Americans of Royal Descent, Descendants of George Washington's Army at Valley Forge, Daughters of Union Veterans of the Civil War, Flagon & Trenchers Descendants of Colonial Tavern Keepers, and the Associated Daughters of Early American Witches.

Both Barbara and Frank have used their considerable skills in genealogical research to help many others investigate their family histories and gain admission to hereditary and patriotic organizations.

Frank's longtime membership in the Knights of Columbus, and the warmth shown them by their extended families at the Knights of Our Lady of Victory Council and St. Martha Parish led them into a "God and Country "retirement they both cherished.