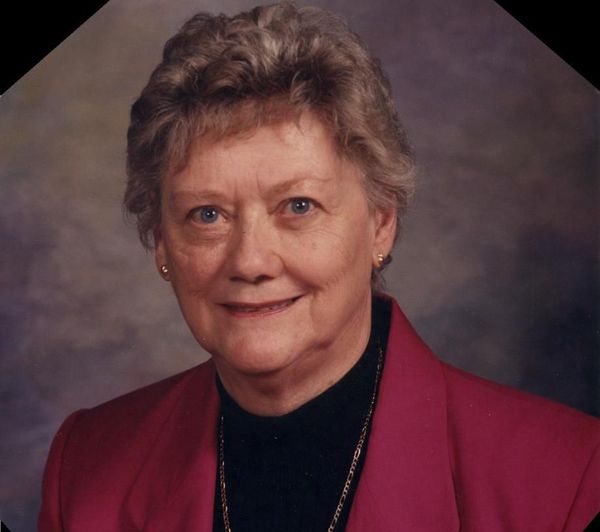 Mary Ellen was born October 12, 1930 to Geraldine Larrabee Haas and Peter A. Haas, Jr. in Schenectady, NY.  She graduated from Nott Terrace High School in 1948 and received degrees in biology from the College of St. Rose (B.S. in 1952 & M.S. in 1954).  Following graduation, Mary Ellen was employed by General Electric as a mathematician in GE's Large Steam Turbine Dept and General Engineering Laboratory.   There she had the privilege of programming IBM computers when most of the engineers were still using slide rules.

While taking golf lessons, she met Anthony "Tony" S. Pagliara, her instructor.  They fell in love and were married on July 30, 1960.   They lived in the Albany area while Tony was working towards his education in medicine.  Mary Ellen left GE when her children came along.  Her daughter, Mary Ellen, was born in 1963 and son, Joe, in 1965.  The family moved to St. Louis, MO in order for Tony to complete his medical fellowship. He then stayed on to teach at the Washington University School of Medicine.   The family later moved to La Crosse, WI where they enjoyed the outdoors: summers on the Mississippi River and winters skiing.

Mary Ellen loved to cook and was a "foodie" before that even became a word.  She was an avid reader, particularly of historical and political books.  She also enjoyed gardening and playing bridge.

Mary Ellen was a member of St. Catherine of Siena Catholic Church in Austin.

Preceding her in death are her parents,  Peter A. Haas, Jr. and Geraldine Larrabee Haas; her husband Anthony S. Pagliara MD; and brother-in-law Richard Pagliara.  She is survived by her daughter Mary Ellen Mosher and husband Thomas A. Mosher, Jr. of Austin, TX; her son, Joseph A. Pagliara, and wife Lisa Pagliara of Junction City, WI; her grandchildren, Laura Pagliara, Nicole Pagliara, and Ryan Mosher; her sister-in-law Teshia Gutchell and husband George Gutchell of Schenectady, NY; and her sister-in-law Donna Pagliara of Naples, FL.   Services will be at St. Joseph's Cemetery in Schenectady, NY at a time to be determined.  In lieu of flowers, a memorial donation in Mary Ellen's name can be made to your favorite charity.