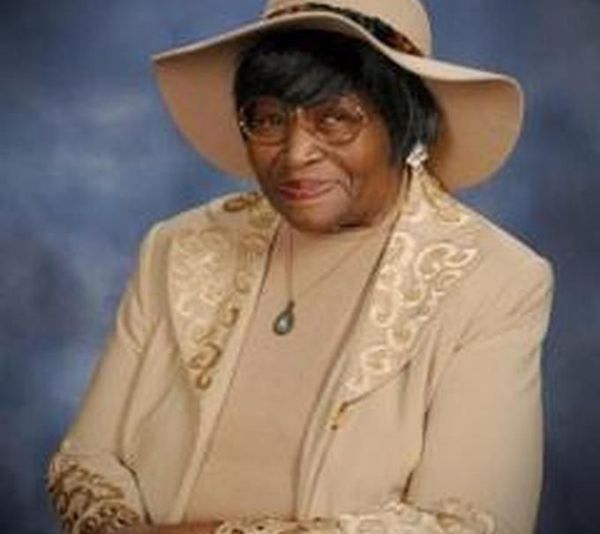 Charlean Ann Pearson was born on January 22, 1928 in Columbia, Mississippi to Rosanna and Carl Lee Jefferson.   Charlean had fourteen siblings of which she was the eldest.   Her parents and eight siblings preceded her in death.

In 1942, Charlean was united in Holy Matrimony to Willie B. Pearson Sr. and to that union, eight children were born.   Her husband, Willie Sr., and four children: Ann Lorraine, Edward, Patrick and John Keith preceded her in death.

Charlean was employed by The Clayton House Nursing Home as a Certified Nursing Assistant for many years.  Later she joined the custodial staff at the Maplewood-Richmond Heights School District, working at West Richmond Elementary and the MRH Junior High Schools.   While at West Richmond, Charlean worked for Principal William Hefley.  She transferred to MRH Junior High School where she worked for Principal William “Bill” Reed and Vice Principal Kon Vellious.  In the 1960’s and even though Charlean was not part of the teaching staff, the principals often relied on her sage advice, influence in the community and her innate gift of diplomacy to ensure that the African American students received favorable considerations and were afforded the same opportunities as other students. Over the years, “Mrs. Pearson”, could be overheard speaking with teachers in advocacy of students, but also lovingly admonishing those same students to correct their behavior, sending them back to class and then calling their parents to guarantee the child a better learning experience for the duration of the school year.  She was dearly loved by all of the children that she touched and built lasting friendships with teachers and district administrators.  Charlean retired in 1978 when the district closed the junior high school.

Charlean was a Christian from a very young age and very strong in her faith.  She accepted Jesus Christ as her savior at Rosehill Missionary Baptist Church in Columbia, Mississippi.

In 1952, Charlean moved to St. Louis, Missouri with her family and joined the Mt. Zion Missionary Baptist Church under Reverend James E. Fiddmont.  Where she became well known and highly admired for wearing some of the most beautiful and stunning hats in the congregation.  “Mother Pearson”, as she was affectionately called, was an active member serving on the Usher Board, Health Unit, Pastor’s Aide Committee and the Senior Choir.  In obedience to God’s word, “Train up a child in the way he should go and when he is old, he will not depart from it” (Proverbs 22:6), Charlean ensured that her children would receive the blessings of a solid Christian education and understanding of the importance of doing God’s work.  All of her children regularly attended Sunday School and Church services, and they were active in The Sunbeam Choir and the Junior Usher Board.  In The Pearson Household, if you didn’t go to church on Sunday, you couldn’t do anything else.  Charlean remained a faithful member of Mt. Zion, under Reverend Oliver K. Patterson, until her health no longer allowed her to attend services regularly.  To God be the glory, on Sunday, September 11th, Charlean worshipped with her church for the final time.

Charlean was a dedicated wife.  She was an amazing mother, grandmother, community servant and friend.

Charlean made her transition from this life on Tuesday, September 13, 2016 from St. Mary’s Hospital, in Richmond Heights, Missouri.

The family of Charlean Ann Pearson gratefully acknowledges with sincere appreciation, all the acts of kindness extended during our bereavement.  With sincere gratitude for the kindness, love and support shown in caring for Charlean during her illness, we acknowledge:  Dr. Benjamin Goldstein, Dr. Robert Kopitsky, Marlene Peters and Dwayne Bosman.

Dear Family and Friends,
If you attended the home-going services for "Mother Charlean Pearson", you may have received an obituary which contained omissions or incorrect information about her life or perhaps it was blank inside. The obituary here contains the information that The Pearson Family intended to share. We wish to extend a special thank you to Pastor Terrence Clark of Shalom City of Peace Church for his help in managing the correct order of service.

Love to all,
The Pearson Family