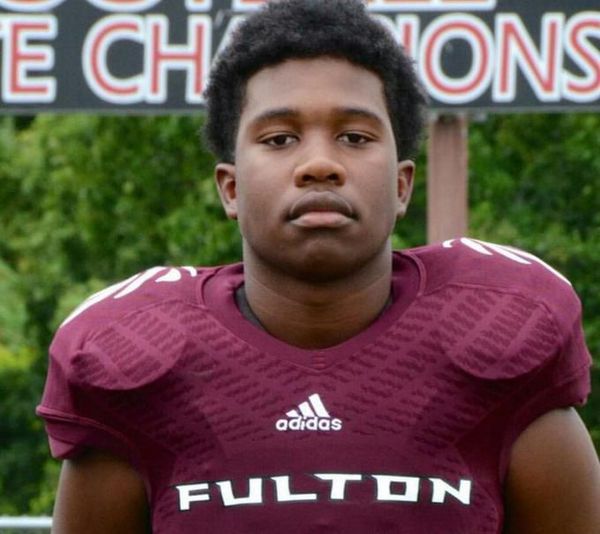 A national hero, for throwing himself on top of his friends to save them from gun fire “He wasn’t in the wrong place at the wrong time, he hadn’t made a bad decision. He was exactly where any other kid would be. Your kid. My kids.

And then gunmen started firing. And Zaevion, who was in high school — hadn’t even gotten started in life — dove on top of three girls to shield them from the bullets. And he was shot in the head and the girls were spared.

He gave his life to save theirs — an act of heroism a lot bigger than anything we should ever expect from a 15-year-old. Greater love hath no man than this, that a man lay down his life for his friends.”

FROM ONE OF THE GIRLS HE SAVED

Faith Gordon, one of the girls who was saved, got this tattoo: FROM HIS OLDER BROTHER, ZACK: 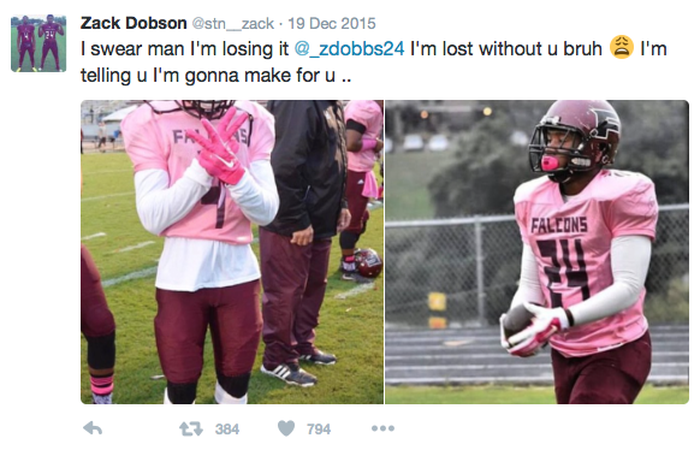 Zaevion's Twitter feed shows him to a person of faith, full of gratitude, and a major football fan:

A Sample of his football tweets:

ZAEVION'S LOVED FOOTBALL AND WAS DAMN GOOD AT IT:

This  video shows some of his highlights: 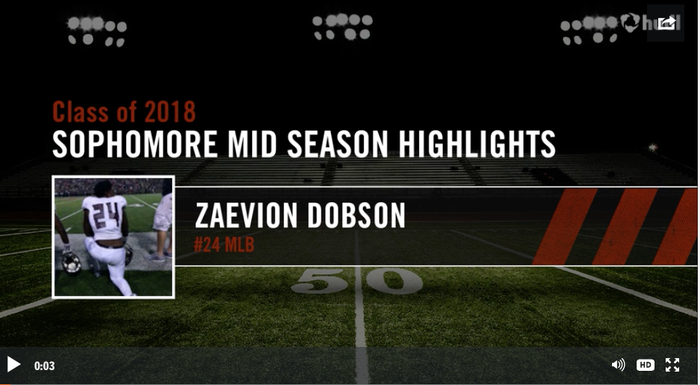 And here are his stats. 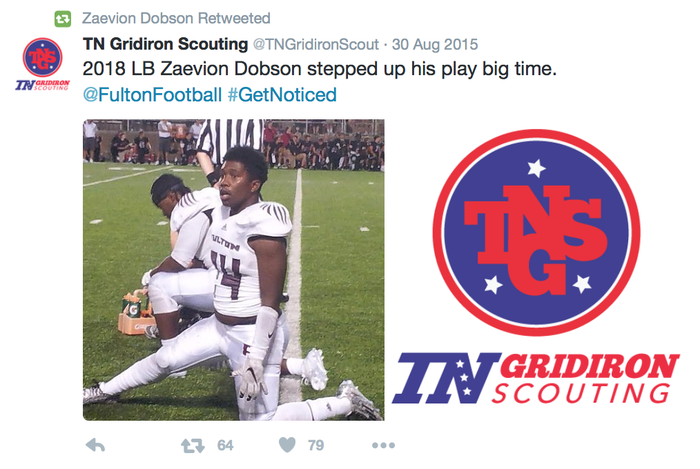 A great photo of Zaevion posted by his brother: His mentor, Rick Staples, spoke movingly about what an exceptional young man he was:

"He had a point of service in his heart. He cared about community and others more than than himself. That’s a heck of legacy.

In losing him it hurts but we realize that we around a hero. We are just thankful that we were in the presence of a y0ung man with that much character." A column in USA Today declared:

Dobson’s heroism speaks well of his family and his community. Football encourages quick-thinking physicality, but how people react in that split second is a reflection of the values they’ve absorbed over a lifetime. Greater love hath no man, we are told by the Bible, than that he lay down his life for his friends.

COVERAGE OF THE FUNERAL AND CANDLE LIGHT VIGIL

"No weapons formed against us shall prosper, none at all. God's got him right now. The one thing I can say, my baby didn't suffer. He went out a true soldier, like he is."

Dobson and hundreds of others gathered on the grounds of the Sam E. Hill Family Community Center in Lonsdale to mourn the death of 15-year-old Zaevion Dobson, a Fulton High School sophomore and football player killed while shielding three girls from a spray of bullets.

"I'm gonna miss my son," Zenobia Dobson said. "Thank you, Lord, for what you gave me with him. It's been real. It's been wonderful."

FUNDRAISING DRIVE FOR THE FAMILY Some of the comments on the fundraising page:

My daughter and I have cried for 4 days. She knew him - I did not, but sure wish I had known him. His distinct character was shown in one instance...many would just run at the sound of a gunshot...this young man's first instinct was to protect the girls he was walking with. As a mother - I can't imagine being so sad, yet so proud at the same time. I will pray daily for this family - a beautiful child taken too soon from a senseless crime...and I will pray daily for our youth - these kids have dealt with more at 15 than I believe I have in a lifetime. ‪ #‎ZavionIsAHero ‪#‎PrayForKnoxville ‪#‎PrayForPeace John 15:13 - "Greater love has no one than this, that one lay down his life for his friends"

Rest in peace angel. You were a good friend of my son, 2nd Peroid classmates. The pain that my son is going through cant compare to the pain that your family is going through. May you soar in Heaven angel!. I pray that GOD wraps his arms tightly around the family, you will forever be in my prayers. #FULTON#24

I love you Zae Zae... your perfect. You are a true hero... all my prayers go to your family. Fly high baby boy..

Nothing can soften this incredible loss, but I hope the family knows that people everywhere -- many of them complete strangers -- are praying for them. Zaevion sounds like an extraordinary young person, and I lament, along with so many others, that we will not get to see the man he would become or the life he'd lead.