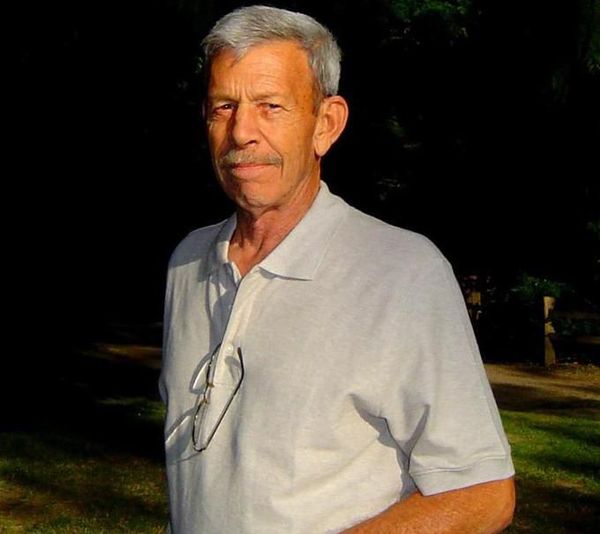 Phil had many loves in his life; Sports, Shooting, Military, a 1942 Ford Jeep and a really ugly 1975 Ford Pickup. But all these things paled next to his love for his family.

Phil and Pat met in Utah at a difficult time for both of them. They began to rely on each other and built a core of friendship and strength that they would base the next thirty years on.

Of course family isn't just two people, the circle of love they created extended beyond them.

Phil loved all the perfect imperfections in his new daughter Karla. He was a gift to her and she a gift to him. Soon there were three wiggly boys who grew into men.

Phil and Steven were best friends. Steven was his Papa's shadow, Phil learned how to hold a baby, then how to watch for small feet or fingers and finally how to have your best friend be your grandson.

Phil and Michael would curl up on the couch together and watch old movies or cartoons.

Phil would take John shooting, they would reload ammo together and they shared a love of antique guns and knives.

Phil and his father in law shared a respect for each other, they would often talk about their individual travels to Europe and how it changed in the 20 years in between

Phil is also survived by his loving sister Terry and his brother Rusty. The three of them raised plenty of hell for their mom Bettie and dad Bill.  Numerous family members and of course Ginger, his spoiled little girl (she is really a Pomeranian dog, but don’t tell her).