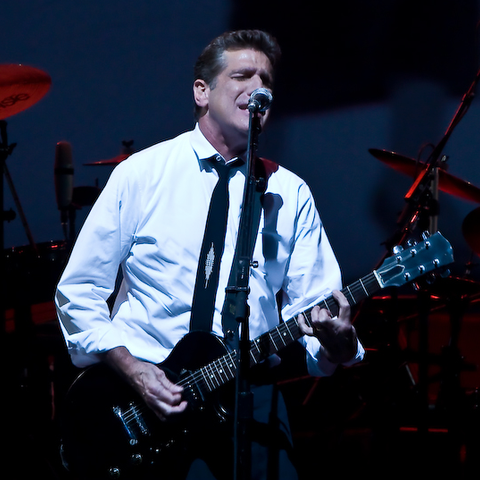 What was Glenn grateful for?

"Every time I saw him in the last 10, 11 years, he was so grateful to the fans," Pete Seger said of Frey. "The first thing he'd say to me -- normally he'd start with a joke or something -- but then he'd say to me, 'Isn't it amazing, Bob, we're still doing this at our age? I am so grateful that these fans keep coming out.' And he meant it, every word. He was definitely sincere." (From Billboard.com)

Time with his family after he stopped touring.

What are some of your memories of seeing Glenn Frey and the Eagles in concert?

"I saw the Eagles in Central Park in 1972 when Take It Easy was a "new song" I was a young teen and the ticket cost $5. I miss that New York City as much as I will miss Glenn Frey." (Zenster from Manhattan commented in the NYT)

"2 yrs ago to the day (Jan 18th) I blessedly fulfilled a lifelong dream of seeing Glenn Frey and The Eagles as they performed their third night at the newly reopened Fabulous Forum in LA. 4th row tkts directly in front of this master of melodies. Needless to say I cried with joy repeatedly throughout that night, a memory forever etched in my soul. Now my tears are for the great soul we all have lost. Sing on with the angels Glenn, they are so blessed!" (Nancy HB commented in Rolling Stone)

If you could send Glenn a message now, what would you say?

"Thank your for your music Glenn. RIP." (Brian Finley commented in Rolling Stone)

"Thanks for all the great songs that filled my life with joy. "Take It Easy" and "The Heat Is On" are two of my favorite driving songs. I'm glad I found a ton of Glenn Frey used vinyl last year because I'll be playing it till it wears out. Thanks for being the soundtrack for my life. Rest in peace my friend." (Vox commented in Rolling Stone)

Do you have a story to tell about meeting Glenn Frey?

"In 1975, during a concert at the Academy of Music, a switching of the "Peaceful Easy Feeling" lyric from "in the desert" to "in the Warwick" led my two friends and I to a ridiculously easy phone contact with Don Henley, and two days later we were sitting in Glenn Frey's room in said hotel watching the Stanley Cup final between the Sabres and the Flyers. We were thoroughly unsophisticated and in thrall, and that was the tenor of the next couple of hours. Whatever those two young men had been expecting from three high school girls who invited themselves over (rock and roll stars, mid-70s, need I say more?), they responded just as we needed - with friendliness, tickets, backstage passes, and a story that blew up back in our Long Island high school. Hard to believe in these paranoid days that it was all so easy. Glenn Frey will always be a part of those favorite memories, and I know Cindy and Amy are right there with me on that." (bkny commented in the NYT)

Barry Ungles commented in Rolling Stone: "One day more than 40 years ago, my car broke down in front of my home in Topanga Canyon so I stuck out my thumb and a van stopped and picked me up and Glenn was behind the wheel. So for the next 30 to 40 I had the opportunity to hang out with a member of the greatest American Band ever, as we made are way down to Santa Monica. Glenn told me that he was headed to the studio to cut a song called One of These Nights. It was the one of the coolest experiences of my life, along with getting to see the Eagles live three times (at the California Jam in 1974, the Santa Monica Civic Auditorium the following year and the History of Eagles tour when it came through Salt Lake City in 2015). So it was with great sadness when I heard that Glenn has died yesterday. What a great talent he was and I fill so blessed to find out what a kind and down to earth person Glenn was so many years ago. RIP Glenn and for the great memories you gave us all and will continue to do so, Thanks.

What are some of your memories of listening to Eagles' music?

PE from Seattle commented in the NYT: "I remember in 5th Grade listening to "Hotel California" in the back of my Dad's Chevy van, carpet walls, couch in the back, driving to the mountains. The music always turned up, that song made me imagine the steely knives, the beast, the Mercedes Benz, the dark desert highway, the feast, the people ...never leaving...it was a scary song for a kid with imagination. American poetry. Thank you Glen Frey."

"Eagles' music fueled my little red 4-cylinder Dodge Colt road-trips from New Jersey to California and back, windows open, singin' loud and solo. Though I no longer ride I-80 (much less in a tiny car with neither power-steering nor air conditioning), the music and mainly the brilliant lyrics carry who I was when I was young, single, fearless, and open to everything. When I hear that music, even just in my head, I can be that again, just for a little while. Thanks, Glen--it was a great ride." (Shakesberry from Montclair commented in the NYT)

Share a photo from each of the key phases of Glenn's life. 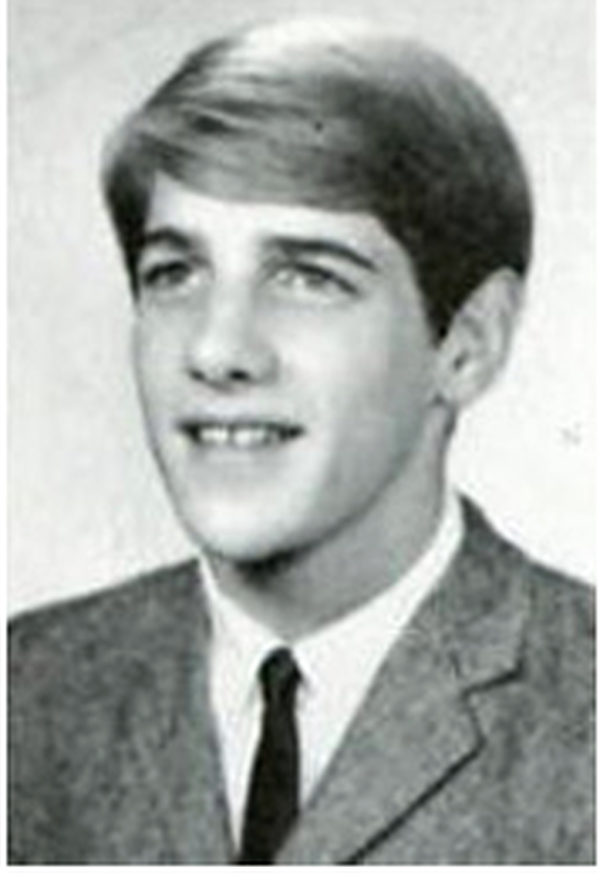 Did Glenn have any nicknames?

Nicknames at various times have included Roach (for when he was always bumming joints back in the day), Sporticus (for his obsession with sports), and the Lone Arranger (for his individualistic approach towards arrangement of Eagles music, preferring to work alone in the studio). Also, he calls himself Elvis sometimes, ie "I told myself, 'Elvis, you can't party like you used to.'" (From http://www.glennfreyonline.com/funfacts.htm)

What are some of the best interviews with Glenn? 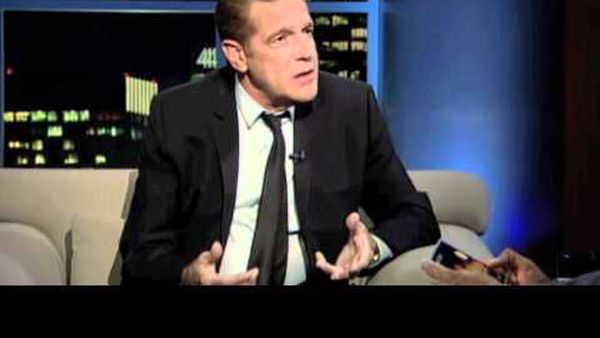 What were Glenn's greatest passions?

"He loved music. He loved soul music. He loved Marvin Gaye. He loved Al Green. He loved Otis Redding. I remember listening to the Jimi Hendrix Experience up in his bedroom in his mom's house, and we looked at each other and I said, 'Glenn, we're out of a job! This guy is so f---in' good!' and we laughed our asses off about it." (Bob Seger from Billboard.comhttp://www.billboard.com/articles/news/.../n-frey-reaction)