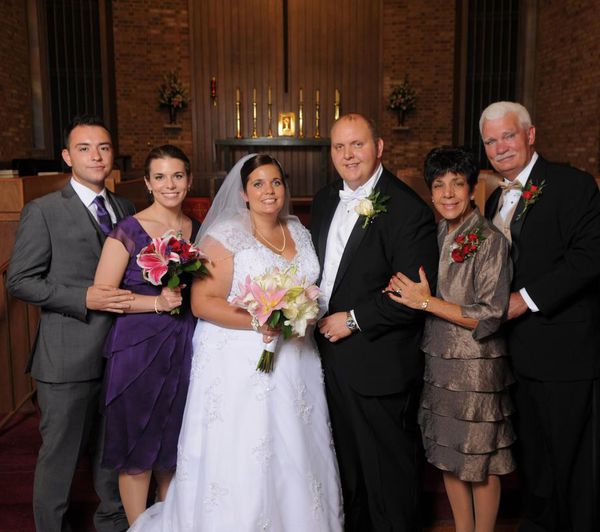 William H Edwards, 65, passed away in August surrounded by family after a long battle with bladder cancer. Recently moved to the Chicago area, he and his wife of over forty years, Susan V Edwards, previously lived in northern Virginia, London, UK and for twenty years in Massachusetts. His work as an engineer for Bechtel Corporation resulted in extensive opportunities on transportation projects such as the Dulles Rail Extension in VA, the London Underground Project and the "Big Dig" in Boston, MA. His extensive career developed within project controls where he began in field/cost scheduling, advanced into mega-project service and corporate teaching to assist tomorrow's leaders.

"Willo" as he was known by family, hometown and college friends, was born in Lima, Ohio, son of Judson Robert Edwards and Mary Mackenzie Edwards who are deceased. He graduated from Lima Central Catholic High school in 1969 then attended the University of Notre Dame in South Bend, Indiana where he graduated in Civil Engineering in 1973. His first job upon graduation was with Stone & Webster Engineering Corporation in 1973 where he met his wife. They were later married in 1975 on a very rainy Saturday in October. The inclement weather subsequently postponed the sixth game of the World Series between the Boston Red Sox and the Cincinnati Reds making both families and friends sigh with relief.

Bill was an avid sports spectator of mostly Boston teams and Notre Dame, played golf when possible, enjoyed reading mystery novels and spending time with his granddaughter. He and his wife traveled extensively in the UK, Europe and Northern Africa while living abroad.

Future memorial services will be held in Ohio in November and in Massachusetts this October.

Bill's journey through Life
touched me in so many ways
Our tete-a-tetes
Our meals together
Golf and sports viewing
And Provolone!
I am richer for it all
Journey on Bill

Thanks so much Billy for your thoughts. Bill certainly must be chuckling thinking about those provolone days and Christmastimes spent in Milford. Love you and thanks for your contribution.

I was a young 17 year old freshman at ND when I met "The Willo". (He liked referring to himself in the third person back then.) He was a sophomore, had already reached his full adult size, and he was a larger than life type character for that impressionable freshman. But the somewhat gruff exterior could not hide a heart of gold and a tender, caring soul. We, along with many other ND friends, stayed in touch for the ensuing 40+ years, and I and my wife were fortunate enough to have visited with him and Susan in Oak Brook a few months before his passing. He will be dearly missed by Florence and I, and the cadre of ND friends. Al Danza

Bill and I certainly enjoyed seeing you and Florence on that brief overnight visit in May. He was so appreciative of your friendship through the years and time together whenever possible.

Bill and I starting working together over 35 years ago. We not only became colleagues but eventually became very good friends away from work. In all those years I never heard anyone say a negative word towards Bill. Kate and I truly miss him. All the best to Susan, their daughters and their families. Dave & Kate Lane..

Thanks so much Dave. Bill and I really enjoyed time spent with you and Kate in London and I know Bill admired your work and you as a friend through the years. Our best to you and your family. Keep fighting the fight!