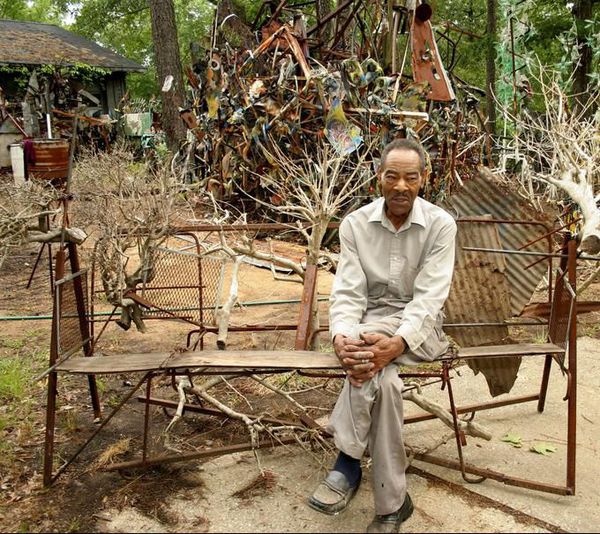 Self-taught artist inspires millions with his profound and inventive art

Born to Alabama sharecroppers in the 1920s, artist Thornton Dial, who would become a major force in the modern art world, never set out to become a prominent artist and inspiration to thousands:

I made a heap of fishing baits. Used to make them for bass-fishing by hand. Made them with screen wire, telephone cable line, aluminum, and plastic. I couldn’t never get the baits to work, but then y’all started buying them things for art collecting. Maybe it was art all the time but I didn’t know it.

It wasn't until 1987, when artist Lonnie Holley, tasked to find "outsider" artists from the South, introduced Dial to art collector William Arnett, that Dial began to garner attention. 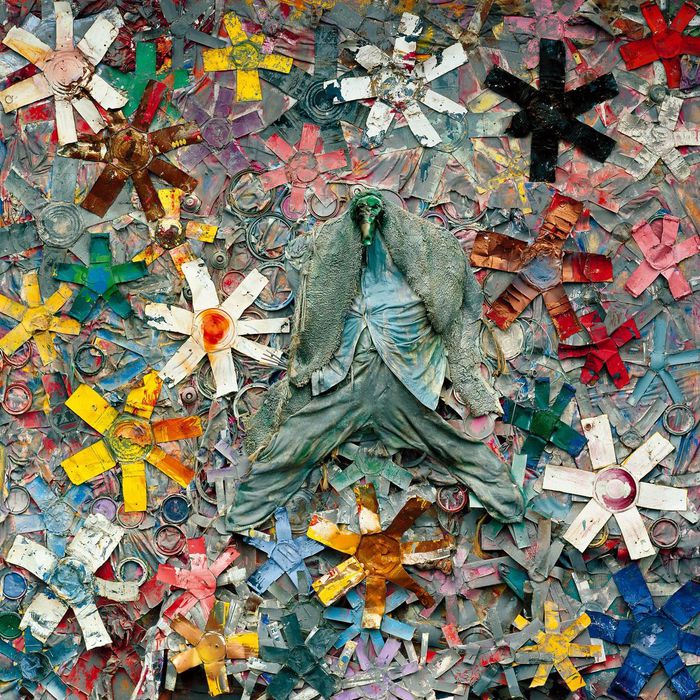 Entering the scene as an African American artist from the rural South meant he didn't immediately earn acclaim from critics. His art, which deals with subjects of racism, freedom, and politics, was often categorized as "folk" art and "outsider" art. Yet over time, Dial came to be recognized as an indisputable creative talent, changing the course of art history.

Spend a day with Dial in this video from the Ricco Maresca Gallery: 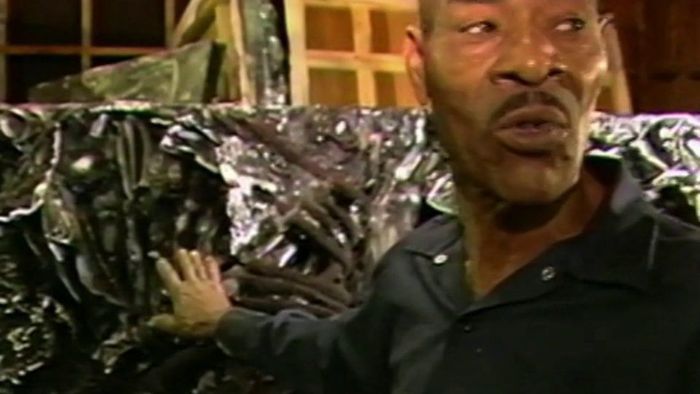 Dial is considered a "self-taught" artist, meaning he received no formal art education, and only attended school until the third grade. On art and education, Dial wrote:

Since first being discovered in 1987, Dial's work has been exhibited in major museums, like the Museum of Modern Art in New York, the Whitney Museum of American Art, and the Smithsonian American Art Museum, among dozens of others. 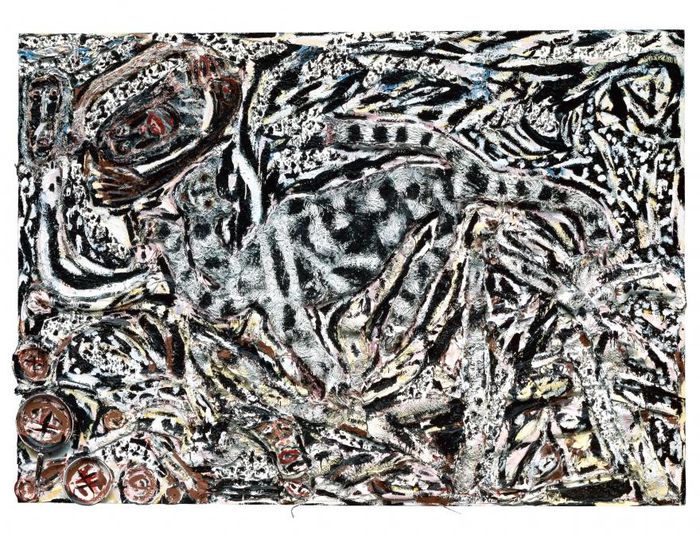 He passed away on January 25, 2016 at his home in McCalla, Alabama. He is survived by a half brother, Arthur Dial, a daughter, Mattie Dial, three sons, Thornton Jr., Richard and Dan, grandchildren, great-grandchildren, and thousands of admirers. 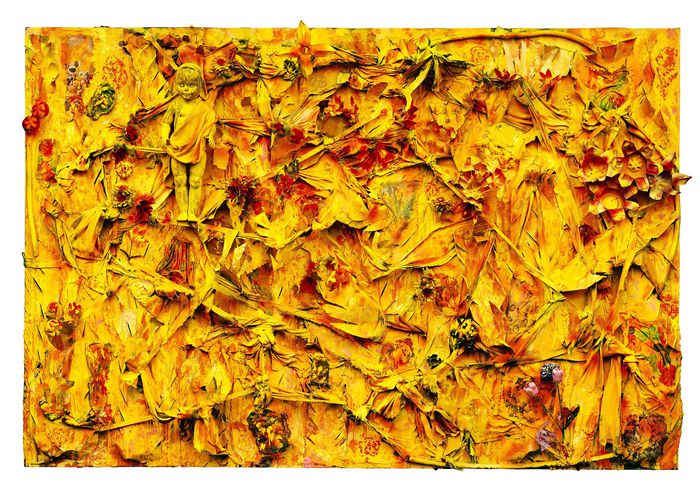 (The Beginning Of Life In The Yellow Jungle) 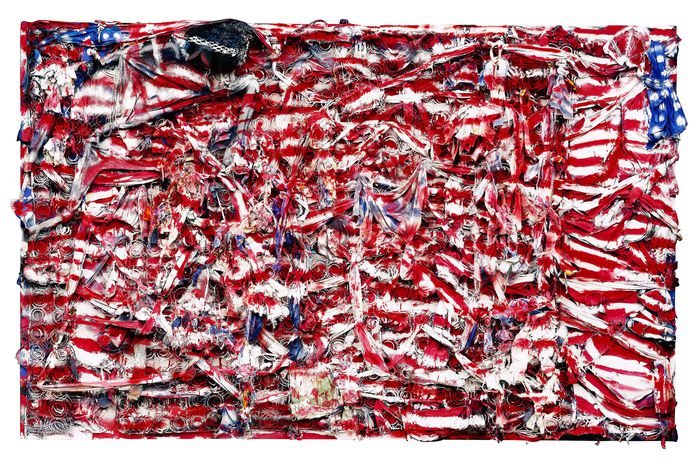 (Don't Matter How Raggly The Flag, It Still Got To Tie Us Together)

On his art and its meaning:

All my pictures somehow be mostly about freedom. The black race of people have freedom now. That’s true. And we have the opportunity to look back at what we have did andbe proud. Martin Luther King helped us to get that, with what he told us aboutthe freedom of life. He said these things will happen, that we will join hands together. 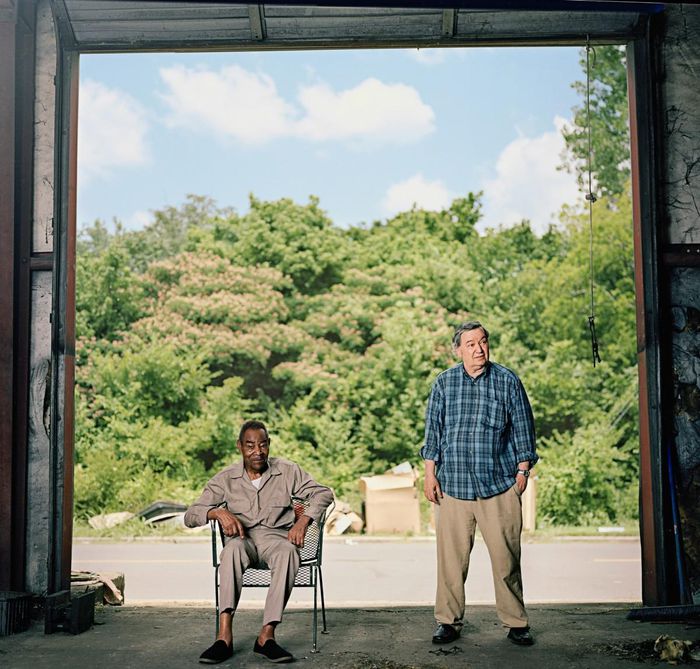 Will Arnett and Thornton Dial in Bessemer, Alabama.

William Arnett, who championed Dial's work for over 25 years, reflected on Dial's life and art.

I can’t think of any important artist who has started with less or accomplished more. 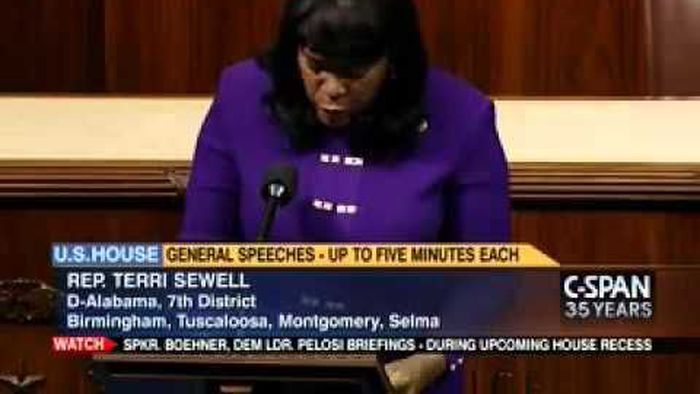 The Met announced it will present a major exhibition of Dial's work, most likely in 2017.

Head to the Timeline to learn more about Dial's incredible life and follow his journey from the Alabama to the biggest museums in the world.