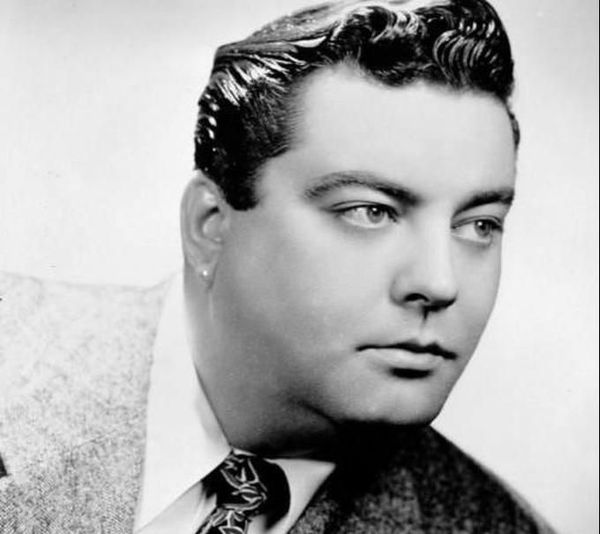 From Brooklyn to Boob Tube, Jackie Gleason Became The Great One of the Century

On what would be his 100th birthday - how sweet it still is!

By Rob Waldman and Ned Berke

His nickname was the Great One, and it fit Jackie Gleason like a cashmere-lined glove.

Jackie could act, sing, dance, compose and conduct (and without being able to read a single note of music), produce, direct, and eat... Oh, how he could eat... and drink. Nobody lived it up better.

Born John Herbert "Jackie" Gleason on February 26, 1916, the brash, flamboyant showman enjoyed 45 years in the spotlight. When he died June 24, 1987, he was already an American icon. But Jackie's presence on the cultural stage continued to swell after his passing, with his beloved blue-collar characters - most notably The Honeymooners' Ralph Kramden - inspiring legions of bawdy, bellowing boors on stages and screens decades after his death.

In honor of his 100th birthday, Lifeposts is bringing back the most unforgettable character Jackie created outside of Ralph Kramden... himself. 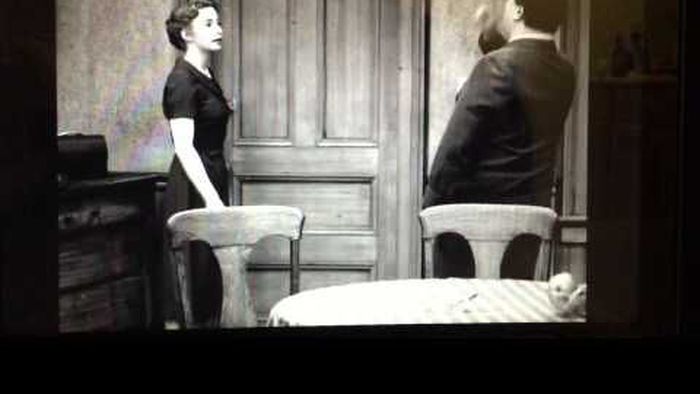 Get words of wisdom from Jackie in LifeQs, where we've culled great, revealing quotes from The Great One himself from more than a dozen interviews. Jackie, as well as the people who knew and worked with him, will tell you about his first laugh onstage, his advice to the overweight about sex, his diet, and other assorted details of his over-the-top lifestyle.

Take a journey through Jackie's remarkable career on the LifeTimeline, complete with rare videos and photos:

Or keep reading this LifeStory to learn more about his life and legacy.

From Blue-Collar Brooklyn to the Haughty Hamlets, Jackie was a Hit!

While living life to the fullest, Jackie never forgot his humble beginnings. Growing up poor in Brooklyn became the foundation of his greatest creation, The Honeymooners; the saga of bus driver and big dreamer Ralph Kramden and his ever-patient wife, Alice.

He remains an enduring legacy in his home borough, where one of his favorite sayings welcomes drivers after they cross the county line:

Welcome to Brooklyn: How Sweet It Is! Sign - Marine Parkway, Brooklyn NYC

As author and fellow Brooklynite Pete Hamill wrote, it was as if one of the guys down the street had become a star:

When Gleason first exploded on TV all those years ago, he wasn't just a gifted comedian. He was ours. He wasn't just New York. He was Brooklyn. When he swaggered onstage to open the show, flanked by gorgeous women, we swaggered with him. When we read about his all night sessions at Toots Shor's or Eddie Condon's, his partying with showgirls and prizefighters and Max Kaminsky's band, we ate and partied with him. When we picked up the News and Mirror in 1954, and read about his $11-million deal with CBS, it was as if we signed the deal too. -- New York Magazine, 1985

Relatability was part of his appeal, and it went beyond his hometown to the homes of all working stiffs. The swells were laughing, too. Novelist John O'Hara wrote:

"Jackie Gleason is an artist of the first rank. Ralph Kramden is a character that we might be getting from Mr. Dickens if he were writing for TV."

According to Jackie, it was easy; not just television, but everything:

I've always felt my life has been simple. I didn't strain in any way. It just happened. I let whatever forces were within me take over, so everything, the flamboyance and all the other stuff came naturally. If I had pressed and tried to assume it, it wouldn't have meant anything. -- The Milwaukee Journal, 1980

Death of The Great One

The star worked up until the year of his diagnosis; his final role was as an Archie Bunker-like -- which is to say Ralph Kramden-like -- character paired up with Tom Hanks in Nothing in Common.

Here's how the outlets of the day reported his death:

JACKIE GLEASON DIES OF CANCER; COMEDIAN AND ACTOR WAS 71 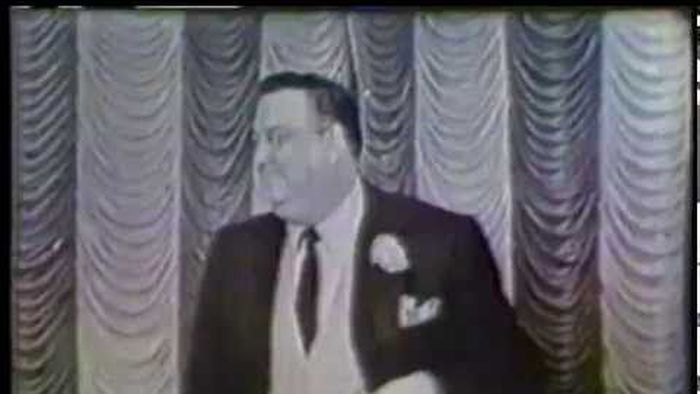 A Fond Goodbye to the Great One 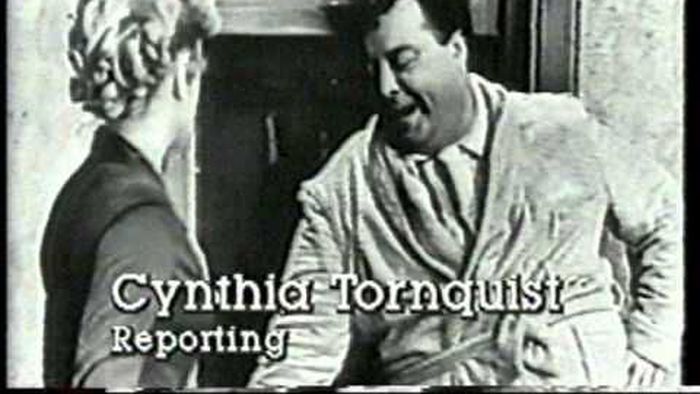 Our Favorite Honeymooners' Clips - How Sweet They Are!

The Honeymooners had more than its fair share of one-liners, gags, physical feats of comedy and memorable moments. Here's some of our favorites: 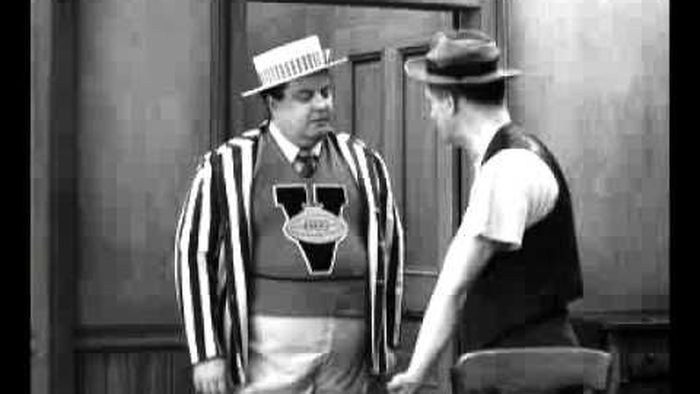 You Are A Blabbermouth! 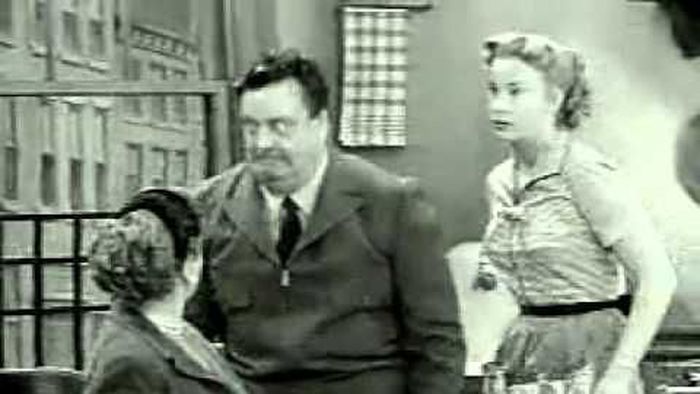 Everybody Does the Mambo, Alice? 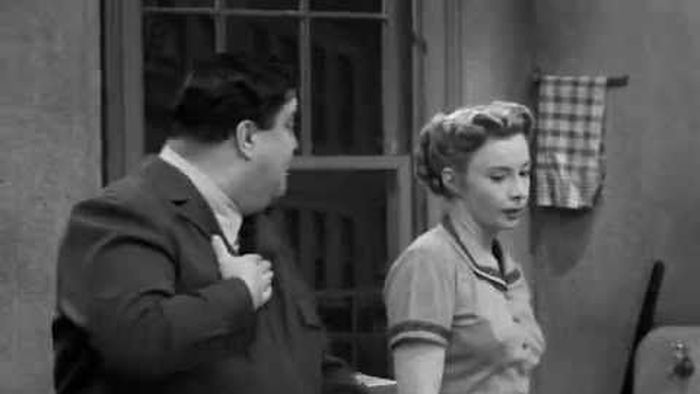 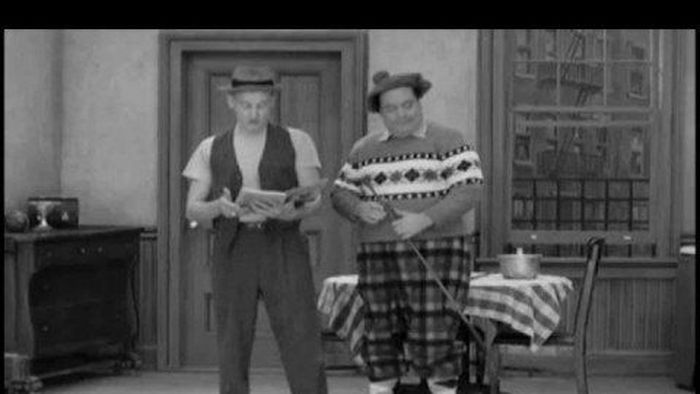 The Master Has Spoken 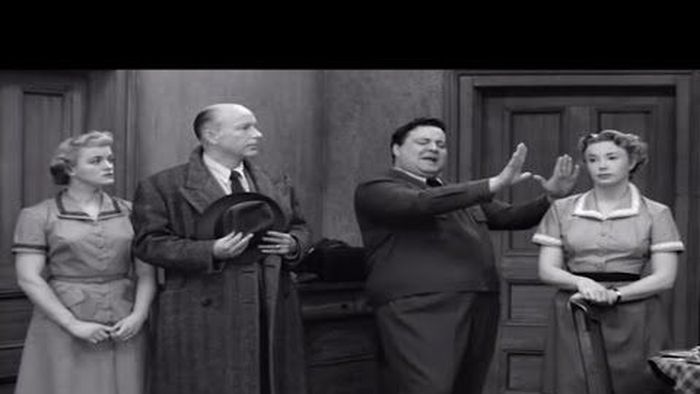 Back in the spotlight with the release of "lost" Honeymooners' episodes and a few flicks in the works, Gleason did a round of television interviews in the 1980s where he looked back on his life and career. Here are the ones we love.

The 1984 60 Minutes profile of Jackie by Morley Safer is a classic: 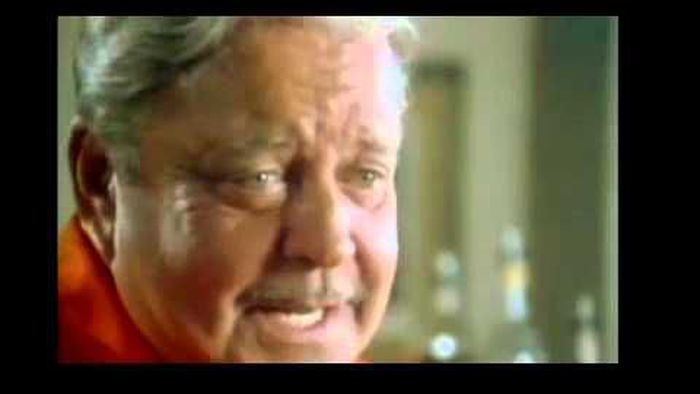 Here’s a great appearance by Jackie with Johnny Carson on The Tonight Show on October 18, 1985:

In 1981, Hugh Downs interviewed Jackie for a 20/20 commemorating his 65th birthday. It includes interviews with Art Carney and Audrey Meadows on Jackie, as well as his wife Marilyn on their love affair. 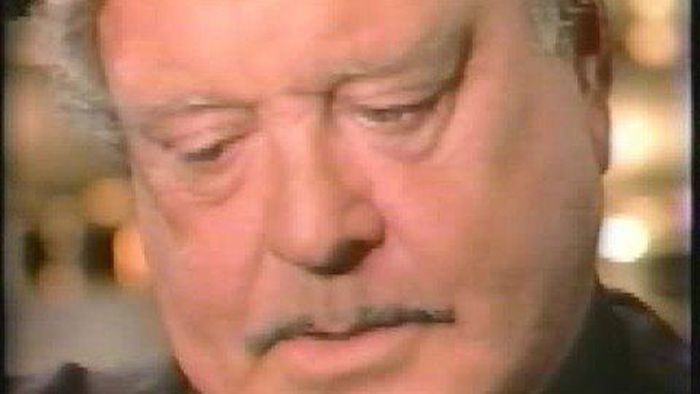 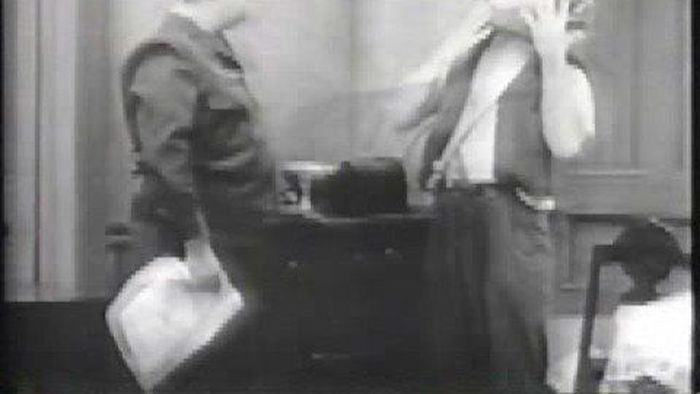 WPIX, The Honeymooners' outlet forever in NYC (they still have a marathon of the Classic 39 every New Years) asked fans in 1985 to list their top four episodes. 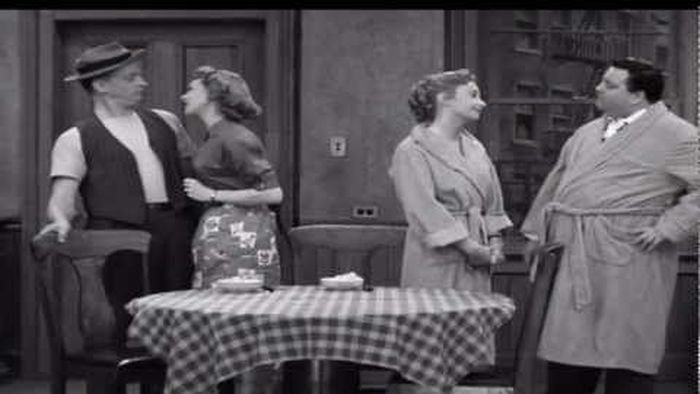 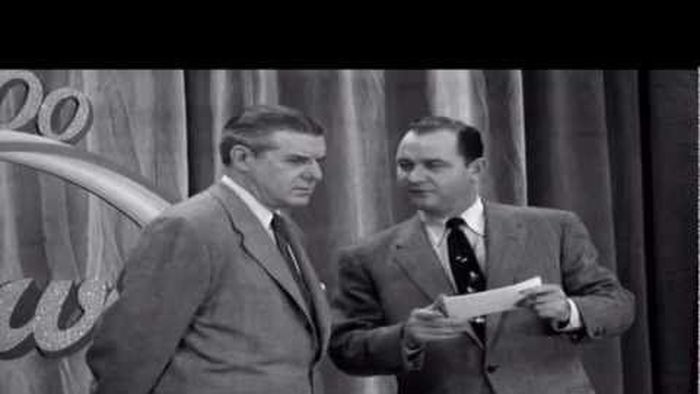 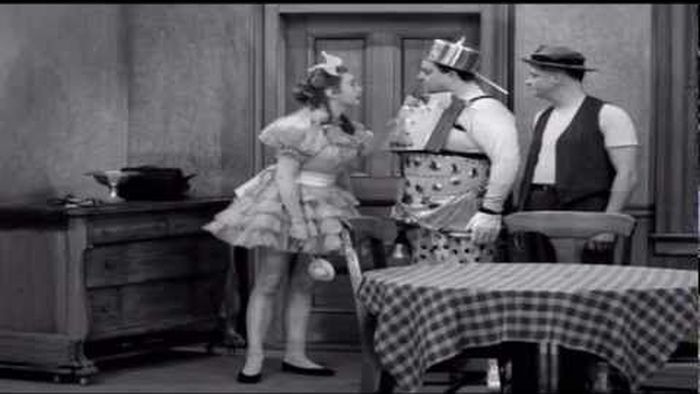 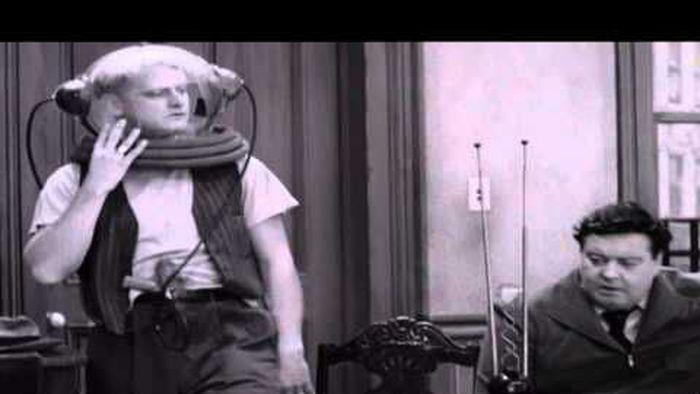 On Money: “The best thing you can do with money is spend it. You can’t sit on it, you can’t throw your arms around it, you can’t kiss it. For people to make money and put it away without spending any of it... I can’t think of anything sillier.” (Playboy, 1986)

On Drinking: “Drinking removes the warts. Not from me, but whoever I’m with.

"But the distinction was that I drank a lot but could still memorize 60 sides of script when it came to post time and never missed a show.” (Playboy, 1986)

On Being Fat: “I never thought I was fat. I really didn’t. The only reason that I knew I was fat and disliked it is that I like to wear nice clothes.”(Playboy, 1986)

On Life & Death: “Life is so quick. If you got to the end and you discovered that you accomplished nothing, that would be a terrifying shock. That I think is the real fear of death... the fear that you are wasting your life.” (TV Guide, 1965)

More on Life: “As far back as I can remember, way back when I was five years old, I wanted life to be lovely, warm, thrilling. I wanted life to be beautiful and I wanted to contribute something to its beauty. That’s why I became an artist. I escaped from reality into the world of illusion.” (TV Guide, 1965)

On Ralph & Alice Kramden: “They had a hidden tragedy that was always underlying their lives: they never had children. Every now and then they would allude to it on the show, but it was never said in so many words. So the audience knew they had this sorrow. See, in order for comedy to be genuine, the audience must feel protective of you.” (Newsday, 1980)

On his life: “I’ve always felt my life has been simple.  I didn’t strain in any way. It just happened. I let whatever forces were within me take over, so everything, the flamboyance and all the other stuff came naturally. If I had pressed and tried to assume it, it wouldn’t have meant anything.” (Newsday, 1980)

The Wisdom of Ralph Kramden

“Boy, what a pleasure it is to think that you’ve got someplace to go to. And the place that you’re going to, there’s somebody in it that you really love.  Somebody you’re nuts about. (‘Twas The Night Before Christmas)