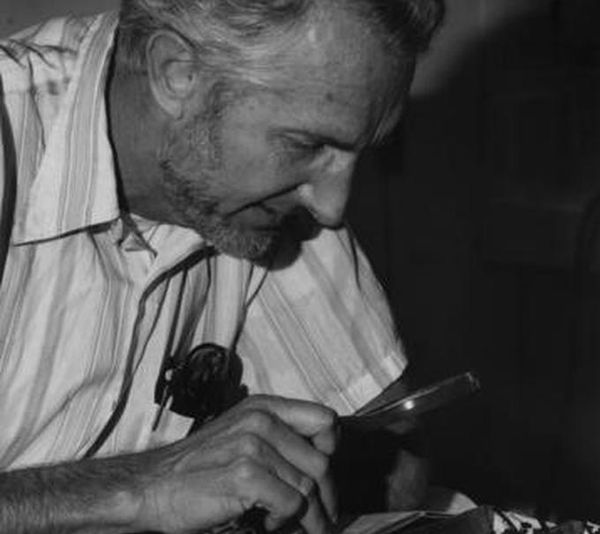 Explorer of the Earth's Undersea Secrets

Richard P. Von Herzen, an explorer who discovered vast regions of heat under the Earth's icy seas, died on January 28 in Portola Valley, CA. He was 85.

Lane Von Herzen, his daughter, said the cause was vascular disease.

In his work over a half-century at the Woods Hole Oceanographic Institution on Cape Cod and the Scripps Institution of Oceanography in La Jolla, Von Herzen's pioneering voyages proved a long controversial theory.

In 1912, Alfred Wegener, a German geophysicist proposed that the continents move around slowly like parts of a giant jigsaw puzzle--as suggested by the shoulder of South America fitting neatly into the armpit of Africa.  The idea prompted waves of ridicule and debate that went on for decades.  But Dr. Von Herzen's research was part of a large body of work that validated the theory.  A gifted inventor, he developed the first modern instruments for gauging temperatures in the sea's depths.

In time, he and other pioneers of oceanography uncovered a global complex of more than 40,000 miles of interconnected volcanoes that gird the deep seabed like seams of a baseball.

The volcanic ridges form where the planet's oceanic slabs slowly pull apart and ooze molten rock.  They are central parts of a planetary heat engine that continually rearranges the Earth's two dozen or so large crustal plates. 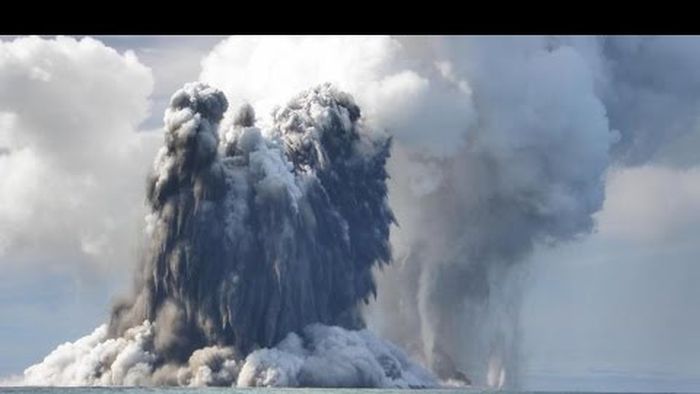 In 1977, Von Herzen spearheaded an expedition off the Galapagos Islands that led to one of the most spectacular scientific discoveries of the 20th Century: 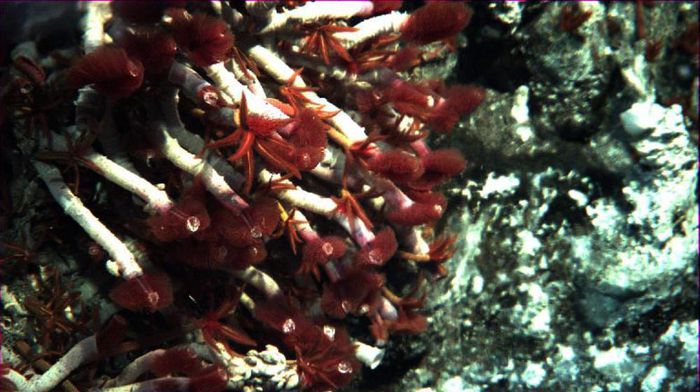 The fantastic nature of these strange seafloor organisms expanded scientists' knowledge of the potential for life to exist in extreme environments that were previously assumed to be barren--on Earth and elsewhere in the universe.  --Woods Hole Oceanographic Institution.

Richard Von Herzen was born on May 21, 1930 in Hollywood.  His father was a lawyer; his mother an elementary school teacher.

In addition to sailing on dozens of ocean expeditions as chief scientist, he held teaching and research posts at Woods Hole, Scripps Institution and the Massachusetts Institute of Technology.

The American Geophysical Union awarded him one of its highest honors, the Maurice Ewing Medal in 1998.  The citation praised Von Herzen as "the world's greatest researcher in the field of marine heat flow."

Upon hearing the news of Von Herzen's passing, many of his scientific colleagues publicly expressed their admiration and respect:

"Dick Von Herzen will go down as one of the most influential, respected, and well-liked marine geothermal scientists ever."        -Keir Becker, marine geoscientist, University of Miami Rosenstiel School of Marine & Atmospheric Science

"He was a giant of his field.  He did it all: built the equipment, improved the equipment, took it to sea, made the measurements, interpreted them, and put it all in context rooted on a firm theoretical footing.  Moreover, he was a paragon of composure."-Peter Molnar, geologist, University of Colorado.

"The entire marine community holds him in the highest regard, as evidenced by the awards he has received from his peers and the large variety of  co-authors he has had over the years. -Marcia McNutt, geophysicist, former director, U.S. Geological Survey, current editor-in-chief of Science

Von Herzen's family is planning a memorial service for him at Woods Hole in June.  According to his daughter, he asked that his oceanographic colleagues scatter his ashes over the Marianas Trench, the deepest part of the ocean.