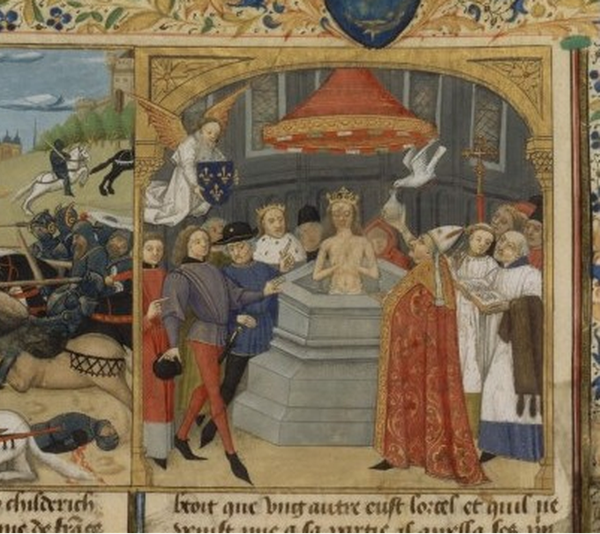 Clovis Merovius was King of the Franks, and a rockstar.

His conversion to Christianity, interestingly enough, was a direct influence in the creation of the Holy Roman Empire in the coming centuries. He also created Salic Law, which excluded women from inheriting property. That aspect of the law acted as a precedent for many future European law codes. Fascinating guy.