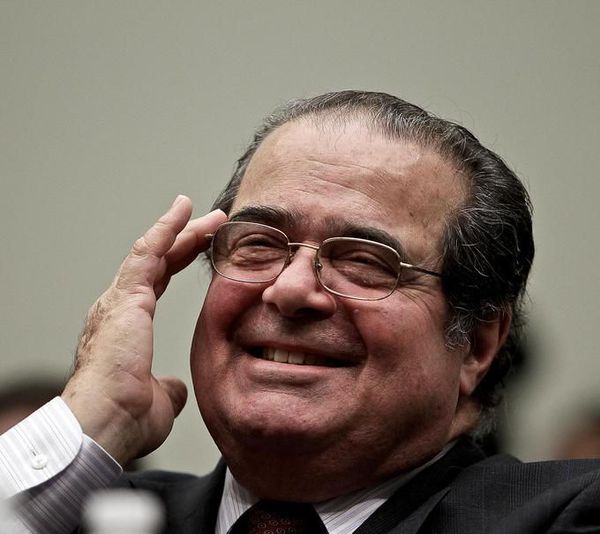 "A leader of the conservative intellectual renaissance"

Summarizing a notable person's life in one sentence is a great challenge. Here's how different publications and writers are describing Scalia's life:

The New York Times:  Scalia's "transformative legal theories, vivid writing and outsize personality made him a leader of a conservative intellectual renaissance in his three decades on the Supreme Court"

Washington Post:  "the intellectual cornerstone of the court’s modern conservative wing, whose elegant and acidic opinions inspired a movement of legal thinkers and ignited liberal critics"

BuzzFeed: "Served almost 30 years on the Supreme Court as one of its most prominent and influential conservative voices"

Red State:  The leading conservative website summarized: "Scalia’s quick-witted and acerbic pen, used most often while writing in dissent, breathed life into a coherent conservative judicial philosophy that can correctly be credited with the fact that judicial restraint is even a topic of discussion in America, much less a growing force within the judicial branch itself."

Associated Press: "The influential conservative and most provocative member of the Supreme Court"

NPR: "the leading voice of uncompromising conservatism on the nation's highest court"

Breitbart: "a bulwark for the individual right to keep and bear arms."

MOST IMPORTANT ASSESSMENTS OF SCALIA'S IMPACT

Conservatives praise him as not just a great jurist but one of the leading philosophers of conservatism:

"The most important part of Scalia’s jurisprudence was his understanding of political philosophy -- he was fond of pointing out that tyrannies like the Soviet Union had wonderful Bills of Rights, but that the Constitutional separation of powers was the real guardian of liberty without which a list of rights was just a parchment fraud. Over and over throughout the years and in myriad contexts, Scalia focused not only on legal formalism but on how the law was made, enforced and interpreted. In a sense, he dedicated his whole career to that same radical question that drove the Founding Fathers, the question of legitimacy: who who gave us the right to decide this? It is that question that drove his originalism, his textualism, his concern for the separation of powers and federalism, his endless search for legitimacy."

Terry Eastland, a former Reagan administration official and the Publisher of the Weekly Standard:

"Scalia isn't thinking only about the next decade or so. By his own admission he also writes for the long term, hoping to influence the next generation of lawyers. And certainly he has achieved that aim: Far more law review articles have been written about Scalia and his decisions than about any of his colleagues. The Scalia effect, if it finally takes hold, will be seen in a Court that understands what Scalia himself observed soon after he joined the Court--that "the main danger in judicial interpretation of the Constitution--or, for that matter, in judicial interpretation of any law--is that judges will mistake their own predilections for the law."

Some progressives conceded that Scalia's impact went beyond just conservatives. Jeff Rosen in The Atlantic explains:

Since the death of Justice Antonin Scalia, liberals as well as conservatives have appropriately paid tribute to his legacy as one of the most influential justices of the twentieth century. Commentators have noted Justice Elena Kagan’s generous tribute when she was Dean of Harvard Law School. “His views on textualism and originalism, his views on the role of judges in our society, on the practice of judging, have really transformed the terms of legal debate in this country,” she said. “He is the justice who has had the most important impact over the years on how we think and talk about law.” Describing Scalia’s influence in1997, the liberal political philosopher Ronald Dworkin more or less conceded, “We are all originalists now.”

His most important ruling was probably Heller, which made gun possession more of a Constitutional right:

Critics argue that Scalia was a powerful opponent to progress

Antonin Scalia will go down as one of the greatest justices in U.S. Supreme Court history -- and one of the worst. His greatness derived from his carefully articulated philosophy of constitutional interpretation, based on the law as a set of rules that should be applied in accordance with the original meaning of the document. Yet on issues from race to gay rights to the environment, his reactionary conservatism consistently put him on the wrong side of constitutional law’s gradual progressive evolutionary path. To put it bluntly, Scalia’s reasoning was almost always beautiful and elegant, but his results were almost always wrong.

﻿"More than any other contemporary jurist, he claims to abide by a host of scrupulous legal principles: strict fidelity to a statute’s text, adherence to the Constitution’s original meaning, respect for the nation’s federal structure of government. But notwithstanding these “neutral” principles and his habit of adorning his defense of them with intellectual flourishes, Scalia writes his opinions in boiling ink, mixing prodigious citations and vast learning with callous disregard for others and bursts of derision bordering on bigotry."

Critics accused him of being particularly hostile to the rights of homosexuals:

"Scalia wanted to let states criminialize sodomy. His dissent suggests he thinks it's legitimate for Americans to want to keep gays out of their schools and businesses."

Some argued that his combative style actually limited his impact:

The Book "Scalia: A Court of One":

"Scalia was once a force to be reckoned with on the legal right.... And then something happened. Somewhere in the mid-2000s, Scalia ceased to be a powerhouse jurist and became a crank. He began thumbing his nose at the ethical conventions that guide justices, giving provocative speeches about matters likely to come before the Court. He declined to recuse himself from cases where he had consorted with one of the parties—including, famously, Vice President Dick Cheney. He turned up the invective in his decisions. His colleagues’ reasoning ceased to be merely unpersuasive; it was “preposterous,” “at war with reason,” “not merely naive, but absurd,” “patently incorrect,” and “transparently false.” More and more, he seemed willing to bend his own rules to achieve conservative results in areas of concern to social conservatives, like affirmative action, gay rights, abortion, gun ownership, and the death penalty. Above all, Scalia stopped trying to persuade others. He became the judicial equivalent of Rush Limbaugh, who has made a career of preaching to the choir."

His Must Read Quotes and Opinions

Washington Post's collection of his "quirkiest and most scathing quotes" 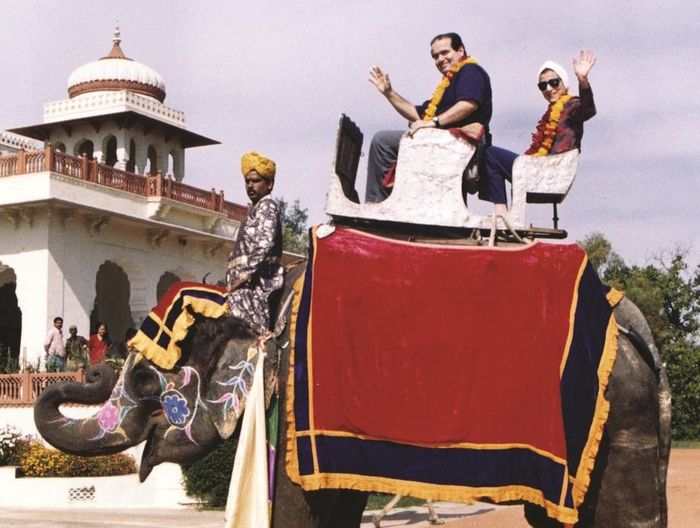 Justices Ginsburg And Scalia: A Perfect Match Except For Their Views On The Law (NPR) 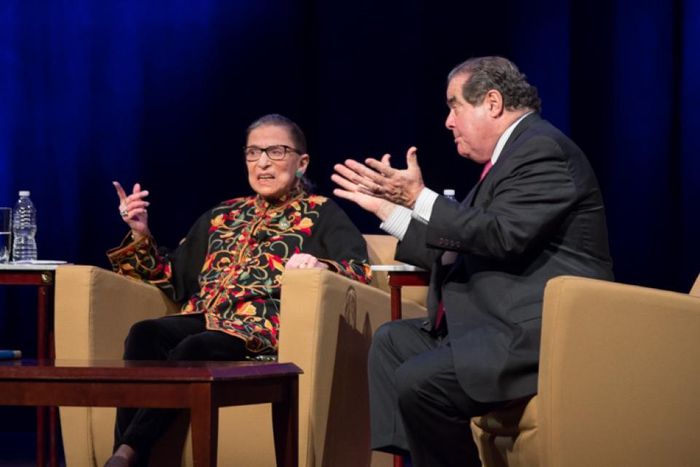 "I disagreed with most of what he said, but I loved the way he said it."

Toward the end of the opera Scalia/Ginsburg, tenor Scalia and soprano Ginsburg sing a duet: “We are different, we are one,” different in our interpretation of written texts, one in our reverence for the Constitution and the institution we serve.

From our years together at the D.C. Circuit, we were best buddies. We disagreed now and then, but when I wrote for the Court and received a Scalia dissent, the opinion ultimately released was notably better than my initial circulation.

Justice Scalia nailed all the weak spots — the “applesauce” and “argle bargle”—and gave me just what I needed to strengthen the majority opinion. He was a jurist of captivating brilliance and wit, with a rare talent to make even the most sober judge laugh.

The press referred to his “energetic fervor,” “astringent intellect,” “peppery prose,” “acumen,” and “affability,” all apt descriptions. He was eminently quotable, his pungent opinions so clearly stated that his words never slipped from the reader’s grasp.

Justice Scalia once described as the peak of his days on the bench an evening at the Opera Ball when he joined two Washington National Opera tenors at the piano for a medley of songs. He called it the famous Three Tenors performance.

He was, indeed, a magnificent performer. It was my great good fortune to have known him as working colleague and treasured friend. 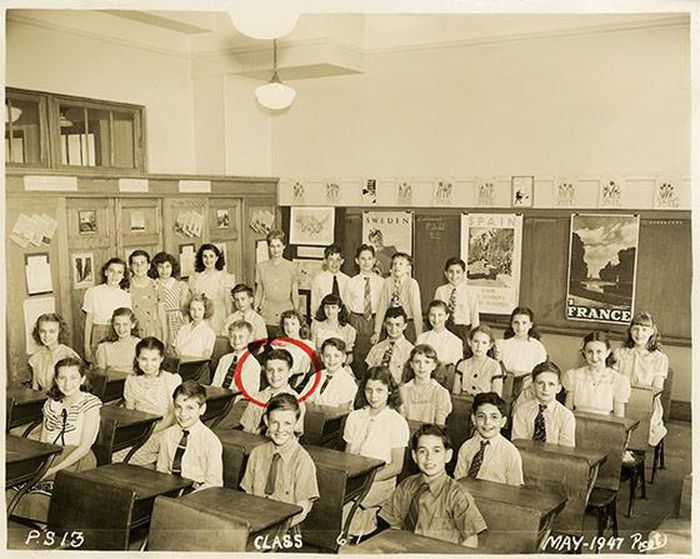 In a piece for New York Magazine, Scalia reminisced about growing up in Queens, NY.

"I spent a lot of time in the schoolyard at P.S. 13. The police used to cordon off streets—they were called play streets­—and we used to play street hockey on roller skates with a regular hockey puck. There were a lot of vacant lots around in those days in Queens and Elmhurst, and we used to have campfires and camped out, if you can imagine that, in pup tents. We would go sled riding in a cemetery that was known as Dead Man’s Hill. It was pretty much devise your own amusement. I’ve never been a parent to go to all the soccer games and all that, because my parents never came to my street-hockey or pickup softball games; they just said go out and play."