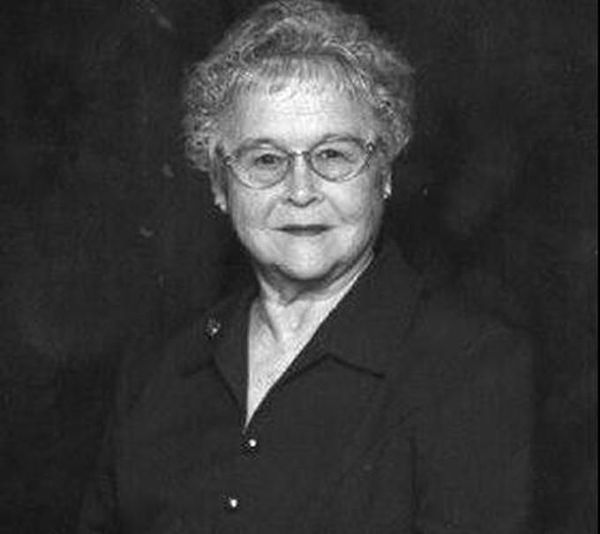 What follows is Mary Louise's obituary from the Sequin Gazette.

Mary Louise (Allen) Engler, age 85, a long-time resident of Seguin, passed away Sunday, February 14, 2016, surrounded by her loving family at University Medical Center in San Antonio. She was born in Rockdale, Texas, on July 27, 1930, to the late William Wells and Irene (Doss) Allen.

Mary worked for 24 years in Central Supply at Guadalupe Valley Hospital and later retired from there in 1998, but she continued working there part-time until 2006. She was a long-time member of Cross United Church of Christ and later attended and joined First Baptist Church in Seguin.

Mary was very talented with crocheting, oil painting, and canning, and helped her husband, Marvin Engler, with his gardening.

A loving mother, granny and great granny, she will be missed.

Mary’s family will gather to celebrate her life on Friday, February 19, 2016, receiving friends from 5 to 6pm, and a service of remembrance beginning at 6pm, in the chapel of Schertz Funeral Home, 2217 FM 3009, in Schertz, Texas. The service will be officiated by her grandson, Jason Ryan Engler, and her brother-in-law, Robert Rayner.

Memorials, in lieu of flowers, may be made to Guadalupe County 100 Club, P.O. Box 454, Seguin, TX 78156, to aid families of seriously injured or fallen Guadalupe County public safety officers.

Arrangements are by friends of the Engler family at Schertz Funeral Home. Online condolences may be made at www.schertzfuneralhome.com.