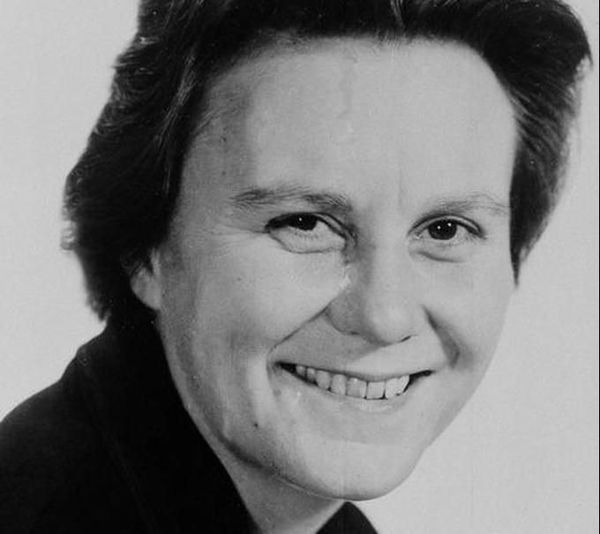 Author of one of the most important novels in American history

These first sentences of obituaries about Harper Lee attempt to capture her impact:

NY Times: Her "first novel, 'To Kill a Mockingbird,' about racial injustice in a small Alabama town, sold more than 10 million copies and became one of the most beloved and most taught works of fiction ever written by an American"

The Guardian: "whose 1961 novel To Kill a Mockingbird became a national institution and the defining text on the racial troubles of the American deep south"

FoxNews.com: "whose book "To Kill a Mockingbird" became one of the most beloved, widely-read and best-selling novels of the 20th century"

USA Today: "the little girl named Nell who grew up to write one of the 20th Century's most culture-changing novels"

AL.com: "won the Pulitzer Prize for fiction in 1961 for her book, "To Kill a Mockingbird."

Page to Pixels: "As a pubescent teenager, this was perhaps the first time in my life I’d empathised with book characters. And that in itself was a revelation."

The Gospel Coalition: "In writing about religion, Lee’s strength was bringing out the earthly implications of heavenly belief. When it came to racial prejudice in a small Southern town, one could not trust the communal conscience. Citizens of heaven shouldn’t uphold the values of their earthly communities when those values reek of the Devil. Lee saw the contradiction of worshiping a God of justice while doing injustice (or watching it done without intervening). As one of her characters puts it, “Sometimes the Bible in the hand of one man is worse than a whisky bottle in the hand of [another].”

I really enjoyed to kill a mockingbird.

To Kill a Mockingbird was one of the first great books I read that I knew was a great piece of writing, even as I was lost in the story. Still haven't read Go Set a Watchman, afraid it would color my love for Mockingbird, so no opinion there. But I have nothing but admiration for the talent and courage it took to write the first book. Rest in Peace, Ms. Lee.

Bookstores reacted quickly. This was in a New Orleans bookshop storefront this morning. 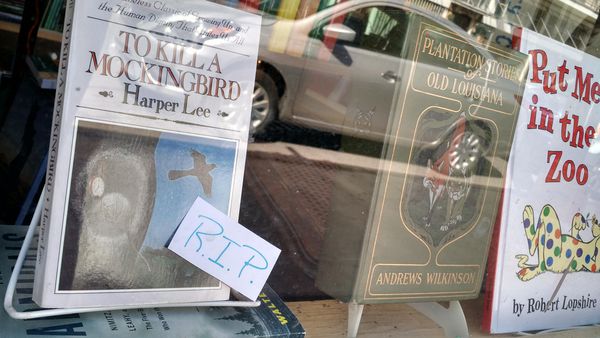