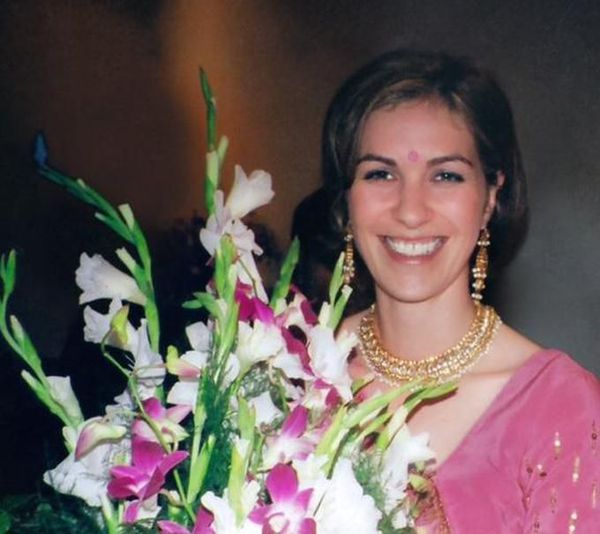 Treasured daughter, sister, and friend; brilliant student; globe-trotting citizen of the world; outstanding co-worker; much-loved wife; and adoring Mum…Alix was all these things, but so much more.  Any simple description of Alix can, in no way, capture her absolute zest for life. 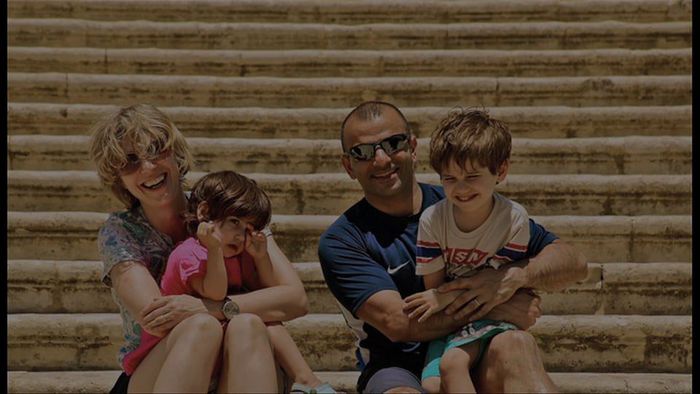 Hers was an idyllic childhood, growing up with loving parents Liz and Peter in the Village of Scholes, in Yorkshire, England.  As her Mum explains, “Alix and Jam, only 16 months apart, grew up as rural kids in the woods, at our old farm house, between Leeds and Manchester.”  Liz and Peter reared their children to be strong, brave, curious, and joy-filled.

She adds, “There was a sense of fun at our home all the time—Alix had a puckish sense of humor, and all of her friends congregated at our place.”  Their days in northern England were filled with long hikes, horseback riding, and time with close family and friends, including  grandparents who lived just around the corner, as well as Aunt (name), Uncle (name) and cousins Tom and Jack.

Alix’s extraordinary life entered its second chapter during her years at Oxford where she was a stand-out student in English Literature.  Popular with everyone, she managed to negotiate the long-held traditions of England’s great university, with her independent spirit and obvious feminist perspective.  Father Peter recalls her very competitive interview for admission into University College: she had purple hair, combat boots, and her own personal style, to say the least.  When her father suggested that she might want to go for a more conventional look, she retorted, “I’m not letting those buggers in the South put me down!”  She didn’t change….but she did blossom.   On her door at University was the famous American World War II poster featuring Rosie the Riveter.  With biceps pumped, Rosie said, “We Can Do It!” And, so she did.

Alix’s classmates and dear friends Liz and Lucy remember that she was uniquely capable in getting along with all sorts of people—popular with her classmates, she was designated the Women’s Officer, otherwise known as the “Head Girl.”   And, by all accounts she was academically brilliant, graduating with Double First Class Honors.  Later, she earned a Master’s Degree at the London School of Economics.

While Alix’s scholarly achievements were notable, it was her engaging personality, open heart, feisty nature, and adventurous spirit that made her such a unique woman.  She was not only warmly embraced by so many, but Alix left an indelible mark on their lives.  College friend Ellen Green says, “I have a youth filled with memorable experiences with Alix—going to Glastonbury, inter-railing around Europe, living in a God awful hour in Leeds and working at Gratton Catalogue, partying at the millennium, working in London, and spending three months in Indonesia, living in the jungle, cavorting with the local tribes people, climbing volcanos and swimming in waterfalls.”  (The girls also invented something called the “Tequila Rule.”  I will let Ellen explain that one herself.) She says succinctly, “Alix said Yes to life; nothing fazed her.”

And she brought others along on her journey.  Adds Ellen, “I know Alix would have done anything for me, and me for her.”

While she had the heart of an explorer, she also had enormous capacity to be a true friend, helping each person realize their personal potential and professional goals.  Friend Katharine Sherwood recalls her time working in Edinburgh and having to fly all about on sales calls.  At the time, Alix often commuted between London and Germany.  Katharine conquered her increasingly problematic fear of flying by channeling Alix’s inner Amelia Earhart and ease in the skies.    Many friends—old and new—have reiterated that Alix proudly helped her friends in school and in launching their careers, enjoying as much pleasure in their accomplishments as she did in her own.

Alix managed to combine epic treks and escapades with a successful career at Deloitte and Siemens.  Countless have said she was always the smartest person in the room, but not in a haughty way—one in which she wanted to share ideas.  A voracious reader, she could illuminate people on virtually any topic.  According to friends and family, Alix was simply good at everything she put her mind to.

It was on a trip to India that she met her beloved Kabir that Alix, ultimately launching the third chapter of her life as a wife and mother.  Friends Amy and Dave Greenwood say, “I remember when she met Kabir and spent the night dancing and snogging like a teenager!  She was so happy and we were all so chuffed that she had met a decent bloke.”  Her father recognized this was no ordinary romance when she joined Kabir for a cricket match, while on holiday in South Africa.  After all, she previously referred to the very English sport as “public school Tourette’s.”   And so, as Amy and Dave sweetly say, “Kabir whisked her away and they
made a beautiful life together.”

Seven years ago, she fulfilled a life-long dream of becoming a Mother, when she and Kabir welcome son Finn into the world, with daughter Lilah following two years after.  She was a natural parent—a “hands on Mom.”  Friend Stephanie Margolin who met Alix through a new mother’s group said, “Not only was Alix super cool, confident, bright and fun, but she was a fantastic mother.  We all looked to Alix for advice about parenting.”  She adds, “When I was puzzled about how I should handle a situation with my child, I simply thought ‘What would Alix do?’”    Mille Salle, who met her through a city co-op nursery school, said “Alix was a natural mom.  She gave everything to her kids, but took time for herself, tended to friends all over the world and had a beautiful marriage with Kabir.”  Again and again she smartly articulated that what she wished for her children was to be “kind, gentle, clever, and funny.”   I feel certain this beloved community will see to that.

A year or two ago, the New York Times columnist David Brooks wrote a moving column called the “moral bucket list.”  Ultimately it became a book, The Road to Character.  In it he writes about those special people we run into from time to time who simply make us feel better after being with them.  These folks care about others and make the world a better place.  In discerning what makes these people unique, Brooks explains that there are two types of virtues common to men and women, “resume virtues” and “eulogy virtues.”  Resume virtues—academic degrees, jobs, awards, and such are the kinds of accomplishments that bring one professional “success” and accolades.  Eulogy virtues are the moral characteristics that are the finest attributes that humans have to offer:  kindness, compassion, empathy, honesty, bravery, generosity, and so on.  These are the things that people remember when we are gone.

Many have referenced Alix’s sharp intellect, prestigious degrees and professional successes.  However, it was “everything else” that made her the unforgettable woman you celebrate today.  One of Alix’s friends here in New York Kristin Kramer beautifully outlines these virtues saying, “Alix never judged, but was always helpful—she had my back.  She was happy when good things happened to me and really understood who I was.  She was spontaneous and generous with her time, sharing things that would make me happy.   And, Alix always, always told me the honest truth.”

We would ask that in memory of Alix, donations be made to the National Brain Tumor Society (www.braintumor.org). Brain tumors continue to be the leading cause of cancer-related deaths in children under the age of 14.