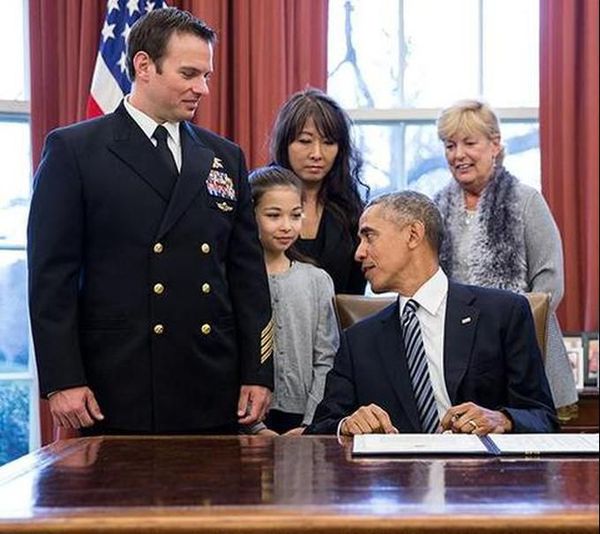 It’s not everyday that a Navy SEAL member is awarded the Medal of Honor from the President of the United States. But on Monday, February 29, 2016, Edward C. Byers Jr. was awarded the nation's highest military honor at the White House.

“Today’s ceremony is truly unique,” said President Barack Obama. “It’s a rare opportunity for the American people to get a glimpse of a special breed of warrior that so often serves in the shadows.”

Navy SEAL speaks after receiving the Medal of Honor

Several years ago Senior Chief Petty Officer Byers was part of a “no-fail” mission to rescue Dr. Dilip Joseph who had been kidnapped by the Taliban in the remote Afghanistan mountains. Dr. Joseph, an American, was taken by the Taliban only days earlier.

At the time of the rescue, Chief Byers was the second to go through the door of the compound where Dr. Joseph was held. Ahead of him was Petty Officer 1st Class Nicolas Checque, who was mortally wounded that day.

“Hearing English, Ed leapt across the room and threw himself on the hostage using his own body to shield him from the bullets...It was over almost as soon as it begin, in just minutes. By going after those guards, Ed saved the lives of several teammates and that hostage.” - President Barack Obama

After receiving the Medal of Honor, Chief Byers said that the award should belong to the heroic Nicolas Checque.

"This award is truly his," Chief Byers said of Checque. "He was an American hero and the hero of that operation...Our nation owes him a debt of gratitude.”

Chief Byers is a first member of SEAL Team 6, which is a group famously known for taking the life of al-Qaeda leader Osama bin Laden. For the past 13 years he has been a SEAL, and for now he plans to continue serving as one of the special operators.

“Thoughts of Nic and other brothers who have paid the ultimate sacrifice, I believe is what will carry me through bearing the responsibilities that come with this honor...I don’t know for sure how this will change my life. I just plan on taking it one step at a time.” - Chief Byers