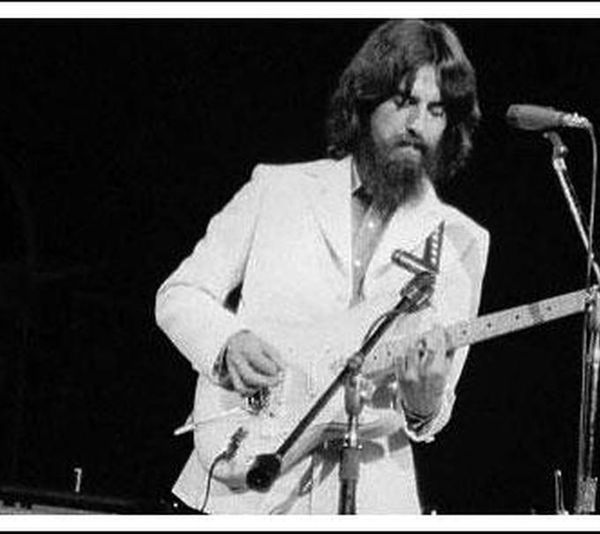 GEORGE HARRISON was the patron saint of every smart, mopey, and spiritually directed person I knew. "You're 'a George,' aren't you?" I'd say to people when I felt the unmistakable connection. My own identity as 'a George' had crystallized by the time I was fifteen, growing up in the suburbs of Chicago, staring into the Harrison photo that tumbled out of The White Album. Paul was cute, well-meaning but plastic. John was an intellectual, but a blowhard too. Ringo seemed affable and little more.

When Harrison's 'All Things Must Pass" was released in 1971, I studied the liner notes looking for clues. I wish now I had sat down with my parents and said, "Look, he's religious," but I didn't. They saw the hair and thought he was all about drugs.

So I quietly followed him. I started yoga, got a book on India, went to a Ravi Shankar concert, gazed sadly at photographs of the deformed bodies of children in Bangladesh. In 1975, I found a vegetarian restaurant in a section of Washington D.C. run by Sikhs (followers of Yogi Bhajan). The walls and ceiling of the place were painted in blue sky and clouds. I got interested in teas, herbs, natural health. I read the early books of Andrew Weil. Later still, there was Krishnamurti and a Shambhala meditation seminar. By that time, I was off and running.

I wouldn't have been able to tell you that George had a son or was in a happy marriage. We had lost touch. But the connection to what today in reports was deemed his "lovely fragility" leaves me grateful and tenderhearted. It's too strong to say that George Harrison saved me, but he launched me. I am pleased to see him being so generously rewarded with his own publicity today, since he always seemed happiest in collaboration with others, never on his own in the harsh lights. In that way, I still feel the connection. "It's nothing to go from 17 to 57," he said in an interview. "Forty years just goes like that!" 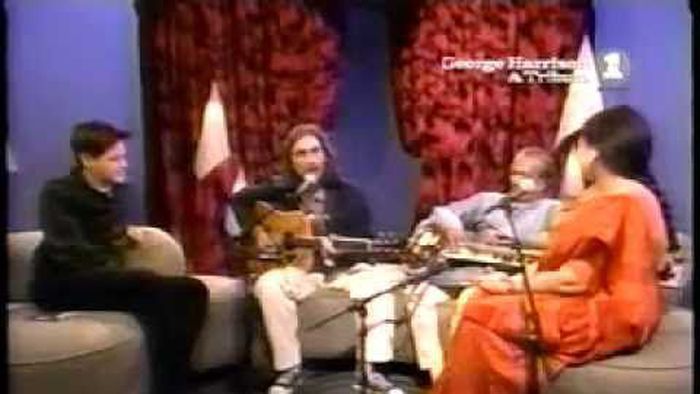