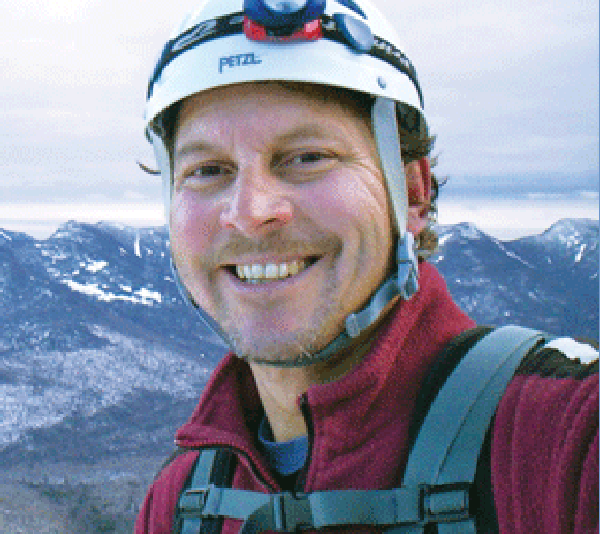 Trail scout famous for showing others the finest hikes, treks and climbs, dies doing what he loved best

Timothy Hallock, 54, founder of Northeast Mountain Guides in Orient, N.Y., and also a president of the New York State Outdoor Guides Association, died while hiking on the Castle Ravine Trail in the Presidential Range of the White Mountains of New Hampshire.

Hallock, whose trail name was "Yeti," was the founder of Northeast Mountain Guides in Orient, N.Y., and also served as president of the New York State Outdoor Guides Association.

This is a place to post any stories and memories you might have of Tim. What follows is the family's heartfelt statement.

"Timothy George Hallock passed into eternity last week at the age of 54 doing what he loved, winter mountaineering. Born June 17, 1961 in Huntington, N.Y., Tim’s life journey as a sea captain and a mountain guide (trail name, “Yeti”) took him to some of the nation’s highest mountain peaks as well as logging over a million miles as a licensed Ship’s Officer on any tonnage vessel on all oceans. Tim graduated Southold High School and the U.S. Merchant Marine Academy at Kings Point. In the recent past, he served as President of NYSOGA (New York State Outdoor Guides Association.) Tim was passionate about many things, mostly God’s creation and our place in it, and family. Tim was the beloved son of Sue Hallock and Dan Hallock: the cherished brother of Dan (Emily), Jen, Matt, Charles (Cara), and Susan; the doting, encouraging and generous-hearted uncle of Julianne, Justin, Sarah, Matty, Angie, Brian, Zach, Desirae, Stephen, Danny, Maeryn and Hannah, and blessed with numerous aunts, uncles and cousins. He was a devoted friend and acquaintance to many others as he worked, played and lived life to the full. Tim’s motto was 'LIVE LIFE LIKE YOU MEAN IT.' ”

Timothy Hallock seems as he was someone who loved challenges and he lived his life as though he knew this life is not all there is. In the Bible 1 Corinthians 15:26 tells us death will be abolished. Death represents the loss of future dreams, relationships and experiences that have not yet been enjoyed. So very sorry for the loss of your loved one.