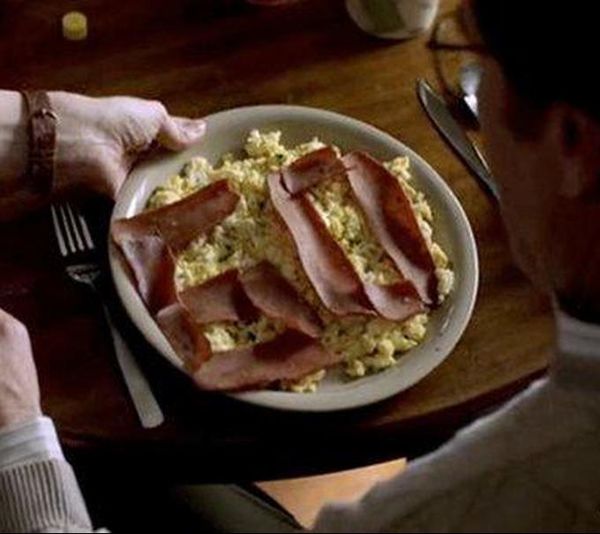 Bryan Cranston's portrayal of Walter White in "Breaking Bad" turned a maniacal meth cook into a pop icon. Embraced by audiences as terrifying - and human - Cranston's White was a sharp turn from the kooky goofball dad he played in "Malcolm in the Middle," and he's been equally praised for his comedic timing as for his dramatic allure. With six Emmy Awards under his belt and now an Academy Award nomination for his role in "Trumbo," the 36-year veteran of stage and screen has a lot to look back on during his 60th birthday today, March 7.

In true Internet fashion, fans are paying tribute to The One Who Knocks with a steady flow of meme-worthy greetings to the actor of social media. Here are some of our favorites:

More pizza, because it's his birthday and, you know, one of the best moments of Breaking Bad:

This one's not for his birthday, but it was just too cool not to share. The evolution of Walter White:

In similar fashion, here's a terrific video mashup of his roles over the years:

Since Cranston has not yet responded to any of the birthday wishes in his feed, we suspect his reaction is something like this:

We'll keep adding to this throughout the day. Post your birthday wishes to Cranston here, or let us know about any terrific meme-worthy ones you come across today.