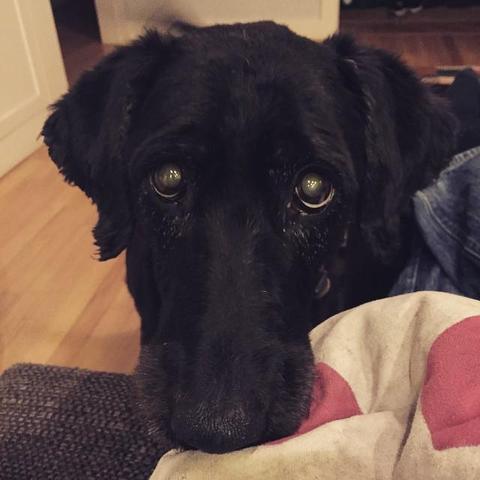 What did Dizzy do that made you laugh?

Dizzy, late in life, developed a close relationship with her cloth soccer ball. It was purchased long ago from Ikea. If I asked her, "Dizzy, where's your ball," she would dart off to find it, regardless of where it was in the house. When she found it, she would shake it vigorously --- we think she thought it was a squirrel, and she was finally killing her prey. Every once in a while, she would get so excited, she would toss it in the air. At times it would land out of sight. She was like a one year old in her delight in hide-and-go-seek.

What made Dizzy happiest?

Dizzy was at her happiest swimming in Woods Hole. She was delirious, drunk, frantic, unable to stop. She would not go in without a rock thrown for her to chase -- but then swam after pebbles tossed further and further out into the bay.

What do you miss most about Dizzy?

What are your favorite pictures of Dizzy?

How did you pick Dizzy's name?

What are some of your favorite videos of Dizzy?

What was Dizzy's favorite food?

What was Dizzy's most human characteristic?