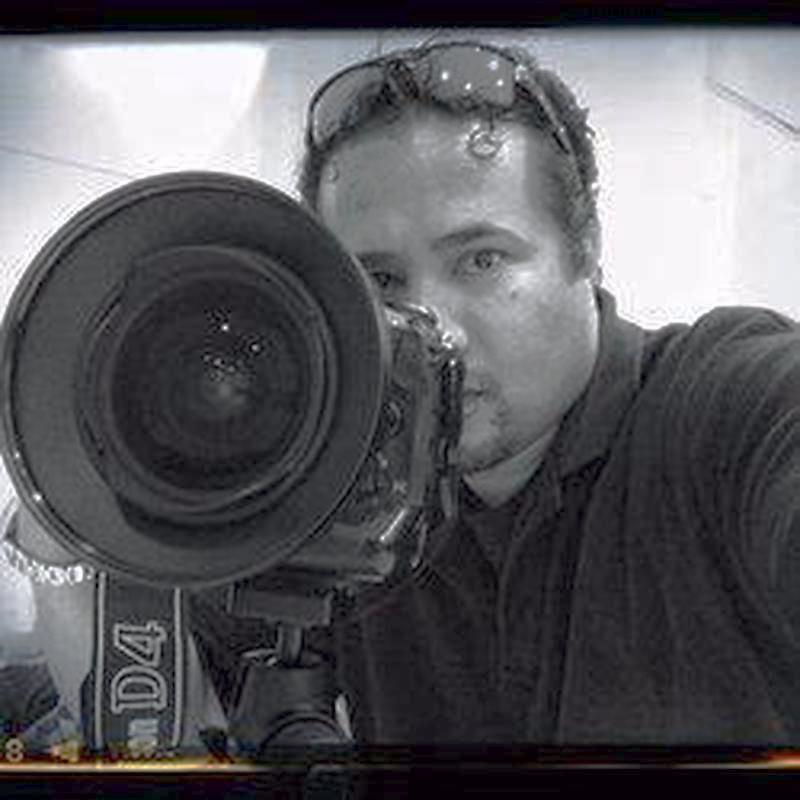 What is/are your favorite james edward photo(s) or video(s)? 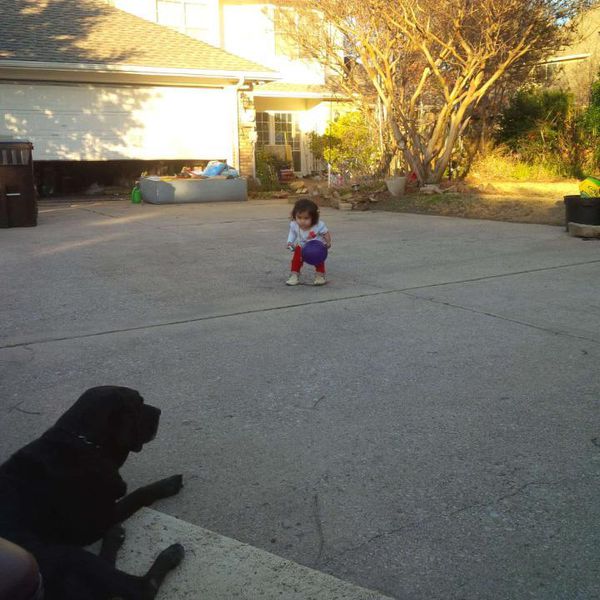 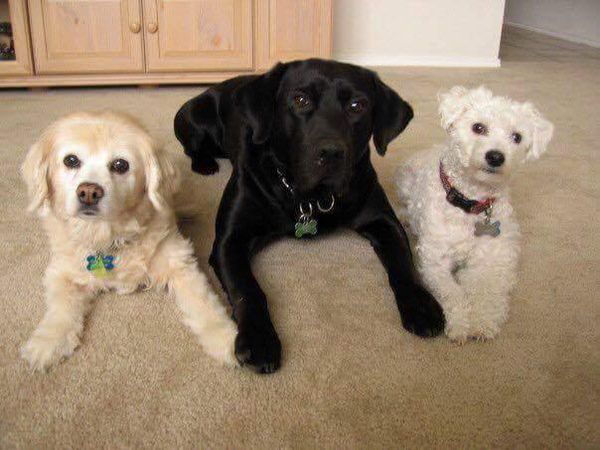 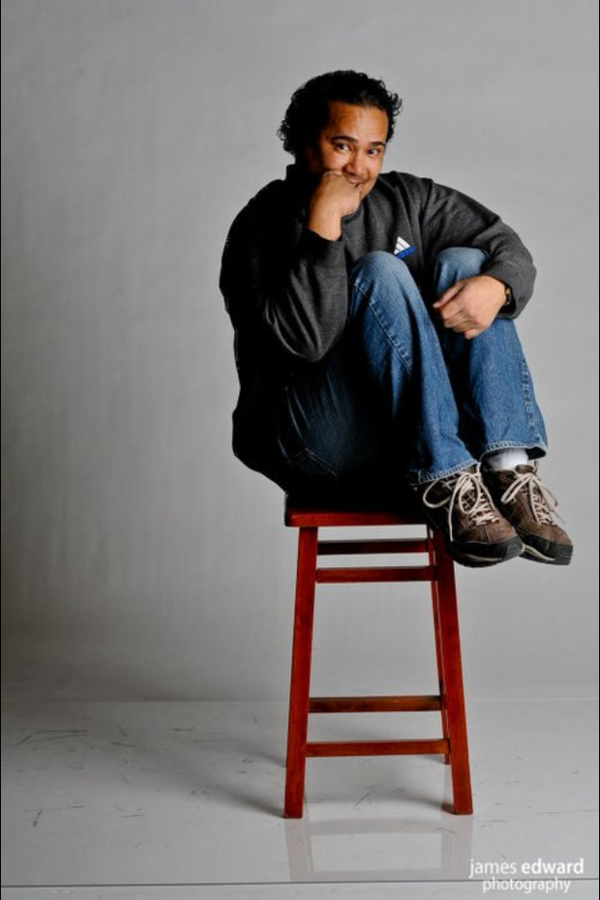 What do you think james edward most wants to be known for?

Being part of the nephew/niece Best Buddy Club (TM)

For as long as anyone can remember, James has been a dog person. Not merely as in "a dog person versus a cat person" but, quite literally, a dog/person.

He got his first dog at age 3 or 4, I think it was. As the story goes, our dad, a U.S. Navyman, was just back from a months-long deployment at sea. We were walking out of church and right out front was an adopt-a-pet setup. James asked for a dog. Our dad said "no", as he was definitively NOT a dog person (James inherited his canine-love from our mom and her dad before her, who raised German Shepherds in the Philippines.) Refusing to take "no" for an answer, James focused in on an adorable black-and-white mutt from the pack, picked it up and ran with it. Still filled with deployment guilt, our dad didn't have the heart to take the dog away. "Fatso" was James' to keep.

Many years later, James found a bright white puppy wandering in the snow. After failing to find the owner, he adopted her and named her "Snow White". On a cross-country drive from Texas to Canada, the family and the young Snow White stopped in New York. Walking through downtown New York, James asked a street vendor for some water for his puppy. The vendor grabbed a dirty bowl and filled it with dirty water. James looked at the water, swarming with filth, and said, "Thank you, but I don't know if I can give this to my dog." James paused, sipped from the bowl, THEN decided it would suffice, and passed the bowl to Snow White.

Similarly, if he had a choice between sleeping on a luxurious king-size bed ‎or sleeping on the floor with his dogs, he'd pick the floor -- easy.
‎‎
His beloved Blackjack, a Black Labrador of 14 years, died yesterday. https://m.facebook.com/story.php
I‎ can't say this was his favorite dog -- as he has loved them all tremendously -- but it may have been the one he resembled the most. Smart, but uncalculating. Big and boisterous and carefree, about as happy-go-lucky as they come. No matter the offense against him, his mind will always ultimately see the good in the offender and revert back to a positive spin on the situation, favoring an optimistic view of the world.  A child/puppy at heart.
‎
Years before, when Snow White died, the then-very young Blackjack and Max howled agonizingly over her body, pawing at their alpha, lying lifeless in the backyard. Unfortunately (or fortunately), James was not in the country the day she died. So our brother, Edward, the only sibling in town when it happened, buried her through tears.

This time was different. James laid under an enormous giving tree in our backyard, with his head on Blackjack's back and his arms around him for maybe an hour or so.  All was calm, but the silence was not yet deafening as the sound of a thousand cicadas broke the still air. We were all extremely sad about the loss of our family dog, but overarchingly sad for James for having lost his brethren. Our dad came to help with the burial‎; our mom offered her usual words of wisdom, hugging James and reminding him that life is a precious gift that we must cherish and honor for as long as we have it. Our brother, who'd done this before and who is James' biggest protector in life, paced back and forth in a very focused way, organizing everything.

As James said in his story, ‎he buried Blackjack with two treats. Blackjack had become very weak in the last few months. He had been throwing up quite a bit. He struggled to walk and even to simply stand up. But as with Snow White before him, a treat, with its Pavlovian pathways, would invariably turn him into a puppy again. All it took was someone walking towards the utility room where the treats were kept, and he would bark loudly and stand suddenly, awaiting the great pleasure in life.

Whenever someone has died, as we all sat in a tear-filled, heavy funeral parlor, James' response was always:  "We shouldn't be so sad. We should celebrate their life!" and then he'd tell us that he wants his funeral to be full of happiness and laughter. It was too soon to remind him of this yesterday, but after an uncharacteristically long sleep, to process his pain, I was glad to see him teasing and laughing with my one-year old niece -- on his way back to usual form. Like his dog, he carries very little of weight. The only thing that lingers in him is optimism, and I'm sure soon enough, he'll be completely light again, focusing on life's great pleasures. Since he was a kid, it's been one of his most valuable gifts.
‎
God's peace to you, Brother. Know that we are with you through it all. 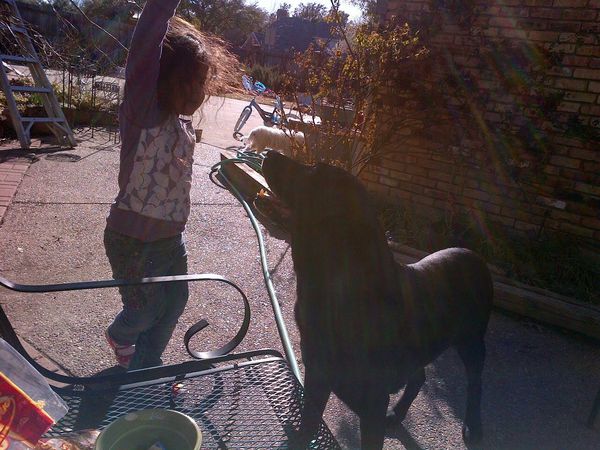 beautiful... thank you sister. love you.

How did you come to know james edward?

What is your favorite story about james edward?