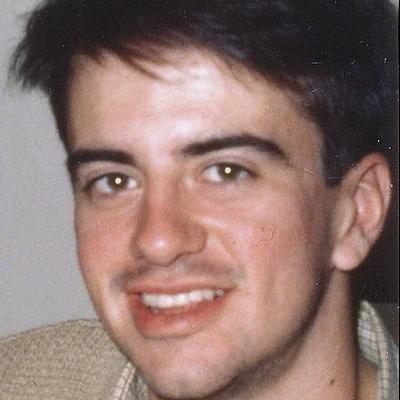 What did you learn from Stuart?

To live more bravely.... The first time I crossed the Israeli border into Lebanon, I was terrified. Stuart and I had taken a trip to the beach at Rosh HaNikra, with a Belgian friend from Kibbutz Ga'aton. On a whim, Stuart decided that he wanted to talk to some of the Israeli military guys manning the border post. Before I knew it, Stuart had convinced an Israeli Colonel to let us cross into Lebanon without a visa, which was not at all part of the plan for the day. We had a total of about $27 between the three of us, no passports, and nothing but bathing suits, towels and sandals. The Belgian and I thought Stuart was crazy. But as soon as the offer was made, Stuart insisted that it would be insane not to go. So the three of us took the bus to the ancient city of Tyre, and had an amazing series of adventures, which in some ways continue to this day. All of this happened just months after Stuart had finally come out of the closet with family and childhood friends. Growing up gay in Texas in the 1970's -- and coming out to everyone in the early 80's -- required incredible courage. Stuart had that in spades. His friendship inspires me to live more bravely than I ever would have without him.

Stuart taught me acceptance - of myself and others. He was solely responsible for bringing me out of the shell I had constructed from anger, frustration and melancholy. My suitemate next door, he would quietly coax me out of my room with his wit and sensitivity and fantastic taste in music. Finally, on Halloween night 1981, he asked me to help him and some of my other suitemates apply makeup for their costumes. He refused to let me retreat back into my emotional lair, and I fell madly, deeply in platonic love with this incredible human being. I miss him still.

I learned so many things from Stuart that it's hard to pick just one. He was the most optimistic person i've ever known in terms of believing in the goodness of humankind, and definitely gave me the gift of empathy. But the biggest gift I got from Stuart was a love of travel and adventure. The summer after we graduated from college, I had saved up enough money to travel in Europe and Israel for three months. Though I had the money to go, I was almost parallelized with fear about going so far from home, into the unknown. But Stuart helped me, as he had already done a lot of traveling and had a great love for it. To get me with the program, Stuart sat me down and gave me a primer on every city I would visit on this trip--particularly Barcelona, where he had friends who were as close as family that he wanted me to visit. He explained all the details about how to travel: what to do when arriving in a city, what to see, what not to see, and what to do in case of emergency. This was all useful information for a girl who had never been across the Atlantic and was scared stiff of doing any traveling alone. Stuart also gave me a diary, with a prayer written into it reminding me to treasure every day of my travels and the people I would meet. He explained how once chance encounter could forever change the world. Along with the diary, Stuart also gave me a note to slip into the Western Wall when I got Jerusalem with a prayer written on it. His message to the Almighty, typically, wasn't asking anything for himself; rather, it was for God to heal the world. All of Stuart's advice not only helped me get through that post-college trip, but also set me on the course that would eventually lead me to become a foreign correspondent and live a large chunk of my adult life abroad. He helped me understand that the power of travel wasn't in seeing museums or eating in good restaurants, but from the deep understanding that diverse people can develop when they spend the time to get to each other. Indeed, a chance encounter can change the world, as knowing Stuart changed my world forever.