Phil Scheffler, 85, guiding force of 60 Minutes for a quarter-century, dies

My job was to tell Don Hewitt "No"

Getting a cup of coffee at 555 West 57th Street in the late 1990's was an opportunity to stand in line with giants every day.

The building was and is the headquarters of 60 Minutes as well as what was known as Benny's Café, the program's in-house snack bar. There, toasting an English muffin or schmearing cream cheese on a bagel were Mike Wallace, Morley Safer, Steve Kroft, Ed Bradley, Lesley Stahl, the show's creator Don Hewitt, and a professorial looking gentleman named Phil Scheffler.  (In the photo above, he's second from the right, top row.)

Within CBS News, Phil was as legendary as all the on-camera journalists surrounding him.  The executive editor of 60 Minutes for a quarter of a century, Phil died on Thursday, April 7, while undergoing medical tests. He was 85.

Phil was one of the select group at CBS News known as "lifers." He began his career in broadcast journalism at CBS in 1951 as a copy boy, and except for two years in the Army, stayed until he retired from 60 Minutes in 2003.

Online and on the air, CBS News and 60 Minutes offered these tributes: 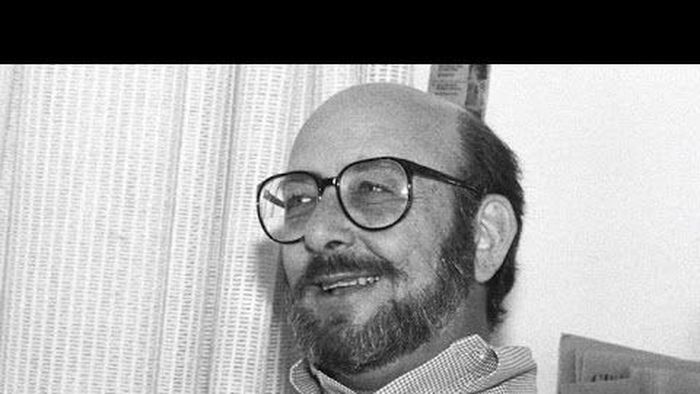 Scheffler: My job was to tell Don Hewitt

Jeff Fager, the Executive Producer of 60 Minutes sent out this note within CBS News:

"By now, most of you have probably heard the sad news about our good friend Phil Scheffler.

He died this morning suddenly while getting some tests at the hospital.

There aren’t many people in our 48 year history as important to 60 Minutes as Phil.

He joined a few years after the broadcast went on the air, and became executive editor in 1980.

Don often said he couldn’t have done it without him.

Those of us who worked for him felt the same way.

Over the years, with all of the big personalities who have come on gone from this broadcast,

Phil was best known for keeping us on an even keel.

As Kevin [Kevin Tedesco, Exec. Dir, Communications, CBS News] says so well in his obit, when tempers flared “it was the professorial Scheffler, sporting a bow tie and close-cropped beard, who played referee.”

Most of us will remember him for his straight talk and steady editorial guidance.

He always pushed us to be diligent in our reporting and to bend over backwards to be fair.

Phil Scheffler left an important mark on everyone at 60 Minutes, and we will miss him very much.

Ramsay Laing - Dear Family and Friends, I am sorry to... | Facebook