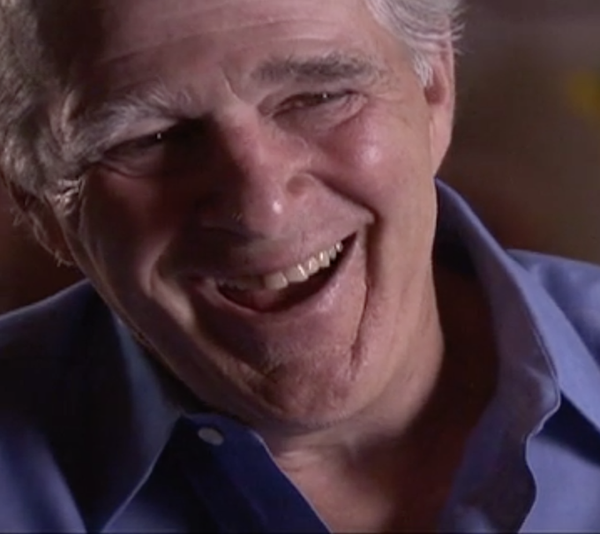 "Vint Lawrence, a CIA para­military officer who helped organize a secret war in the jungles of Laos before becoming a critically acclaimed artist and caricaturist, illustrating wild-eyed literary giants and wide-eared politicos for such publications as the New Republic and The Washington Post, died April 9 at a hospital in New Haven, Conn. He was 76." 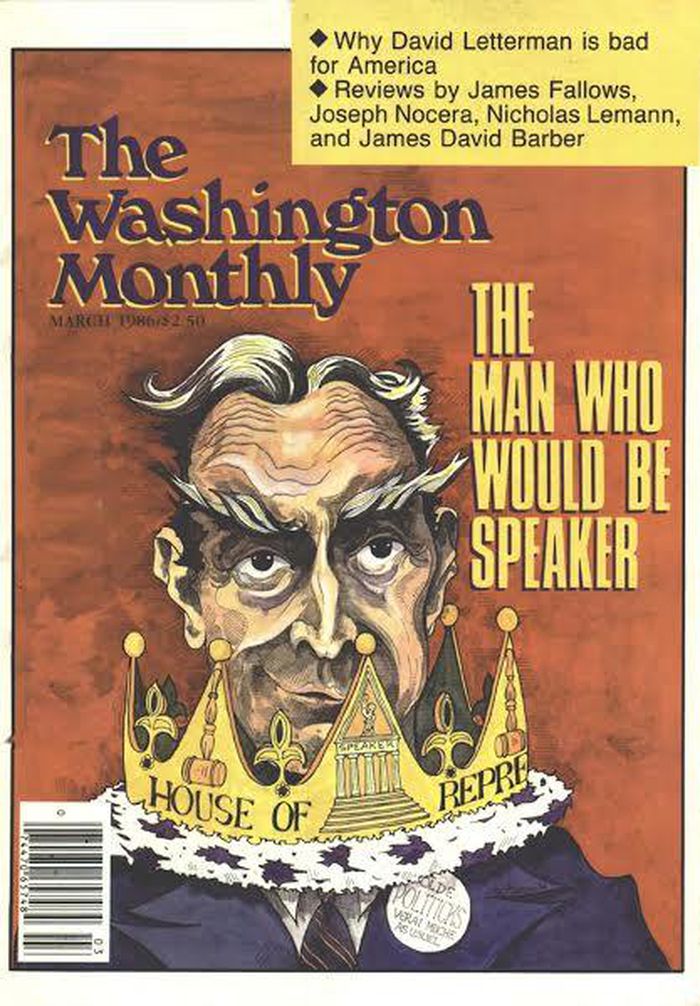 Tim Noah, a former editor of the Washington Monthly -- one of the main publisher of Lawerence's illustrations -- described him well:

At the time, the fashion among New York caricaturists was to portray political subjects as savagely as possible. (The deeply wrinkled face of Ronald Reagan offered ample opportunities.) Vint, by contrast, was a sort of one-man Washington School of political cartooning, capturing political foolishness and hypocrisy with a wry sensibility grounded less in rage than in an appreciation for the quotidian absurdities of the nation’s capital, where he lived and worked. Perhaps Vint, who’d been a CIA operative in Laos, had got his fill of savagery fighting a civil war in the jungles of Southeast Asia.

Misanthropy was not in his nature. He was a witty, gentle man whose caricatures communicated a more nuanced critique of the Washington follies....

In the introduction to a collection of Vint’s cartoons published in 1988, Michael Kinsley, who worked with him 12 years at the New Republic, said the hallmark to Vint’s work was an intelligence manifested “most obviously in the little visual jokes and scattered bits of iconography that are his trademark, but more importantly in his faces.” Increasingly, over time—and the cartoons reproduced here all date to the mature phase Mike was referring to—Vint used “his talent for intricacy more often for aesthetic than didactic purposes.” Political cartoons of the present era are seldom described as beautiful, but Vint managed to make his faces both trenchant and pleasing to the eye, especially when he had the opportunity to use color. There was a visual richness to Vint’s work that will I think make his caricatures live on long after most of his contemporaries, and their scribblings, follow him to the grave." 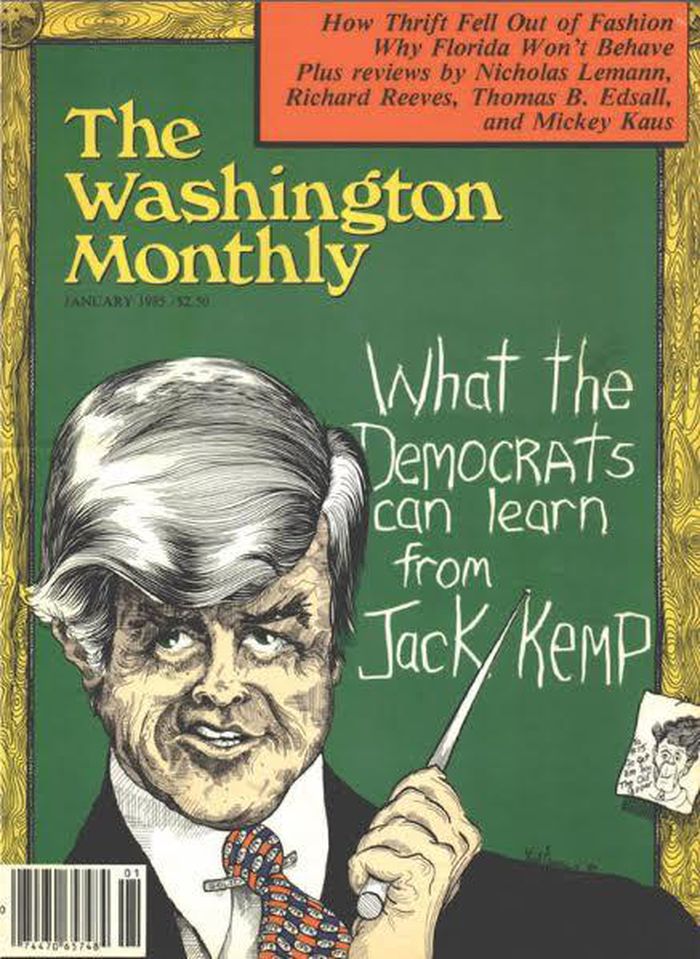 Describing Lawrence's style during an exhibition of his illustrations in 1972, the Washington Post's art critic Paul Richard said, "He does not burlesque his subjects. He shapes their faces into symbolic objects that illuminate the news." 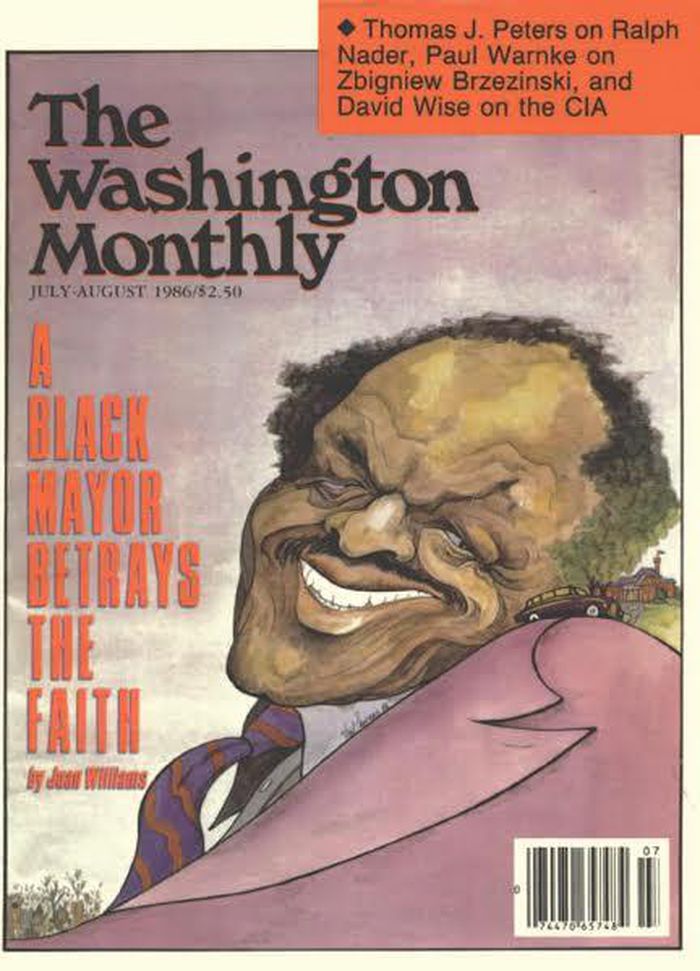 "Mr. Lawrence began making highly detailed line drawings of presidents, writers and international events around 1970, freelancing for Washington Monthly and The Post, particularly the newspaper’s Book World section. He was later a contributing editor at the New Republic....

Through Mr. Lawrence’s pen, faces and objects often underwent fantastical transformations: Sen. Everett Dirksen acquired a head in the shape of his home state of Illinois; the West Bank became the car of Jordan’s King Hussein. For a 1984 profile of White House spokesman Larry Speakes, Mr. Lawrence imagined Speakes dressed as a court jester, seated at the foot of a drawbridge hanging from President Ronald Reagan’s ears. Hungry sea critters gazed open-mouthed from a moat below, their sides emblazoned with the names of news outlets including The Post and the New York Times."

During a visit to the offices of the New Republic, C-SPAN interviewed him about his artistic process:

A few more of his amazing illustrations: 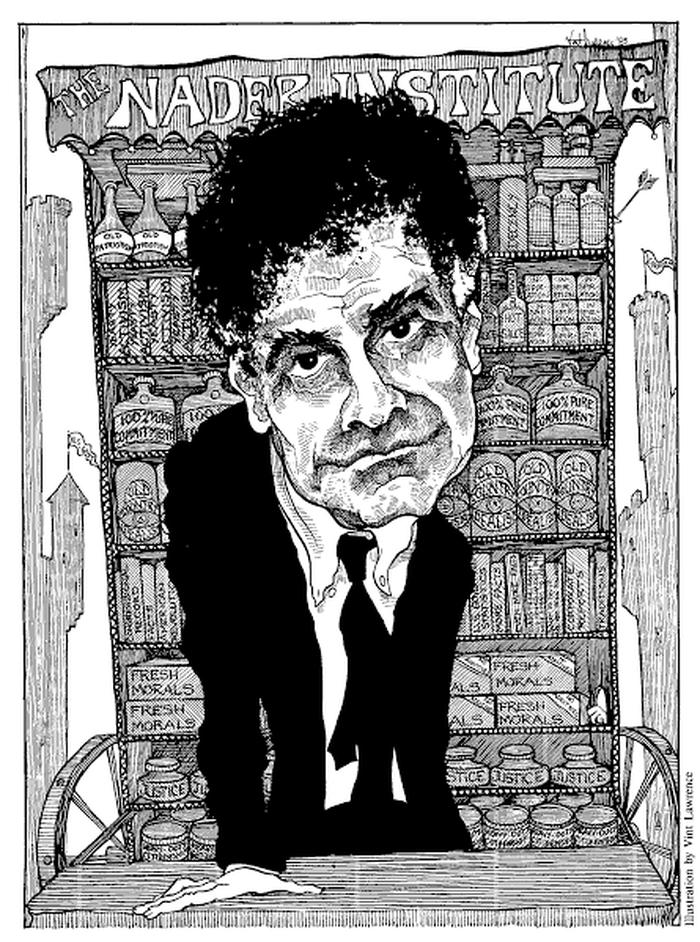 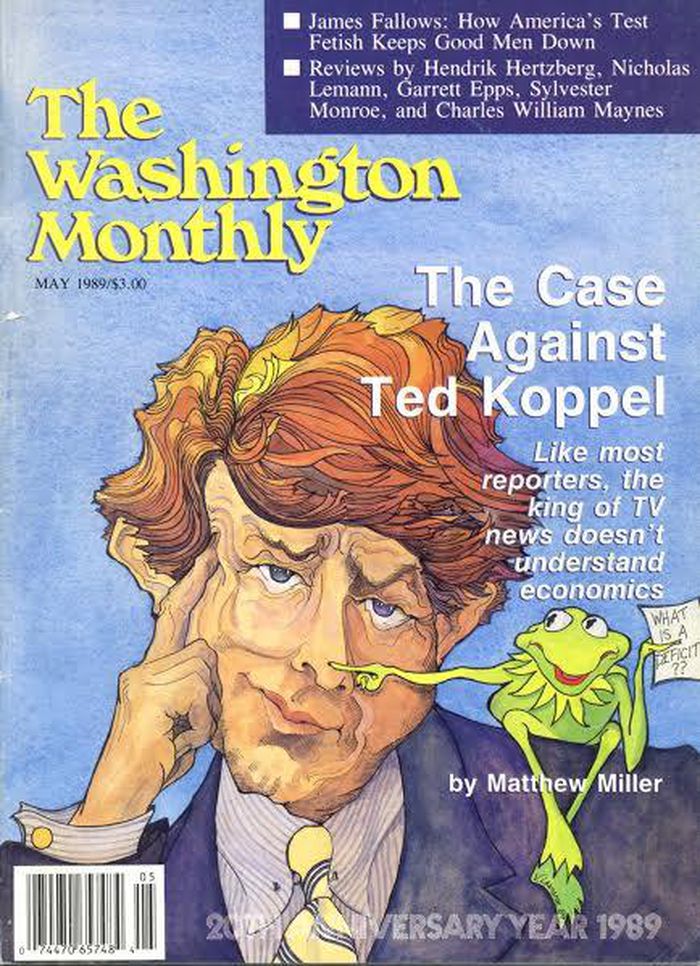 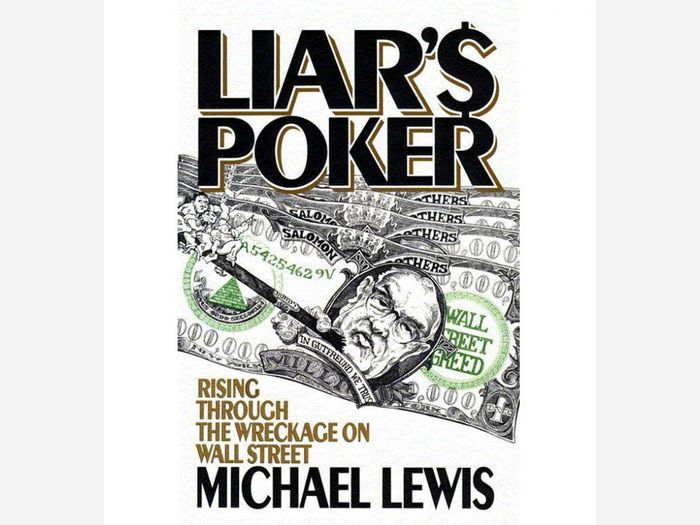 More of his drawings can be seen in tributes done by The New Republic and The Washington Post.

After graduating from Princeton University with a degree in art history, Lawrence was drafted into the Army. He was recruited by the CIA and went to Laos, which was in the middle of a civil war.  "The rugged, landlocked nation had become a crucial battlefield of the Vietnam War because of the Ho Chi Minh trail, a winding North Vietnamese supply route that carried troops and munitions through eastern Laos and south Vietnam," Lawerence's obituary explained.

He spent almost three years working closely with Vang Pao, a Hmong general, "planning raids on North Vietnamese soliders and developing a 39,000-person army at a secret base." In 1964, he returned to the U.S., serving as an aide to CIA director William Colby and Paul Nitze, the deputy secretary of defense.

Here, in a 2011 documentary on Laos, he describes what was misguided and what wasn't about the efforts: 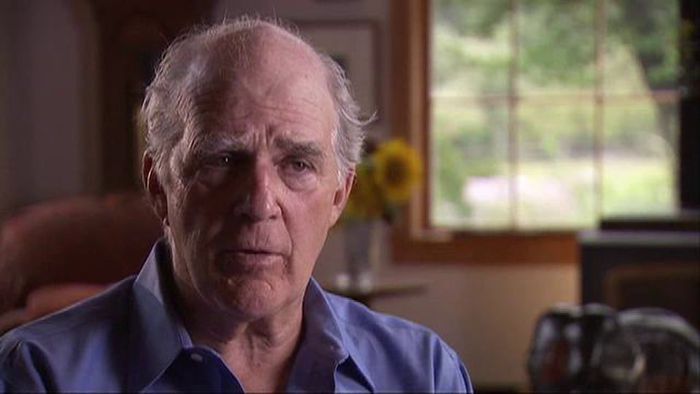 In a wide-ranging 1981 interview with WGBH, he describes his early days in Laos in 1962 "20 people and 25 water buffalo" which soon became the second largest city in the country: 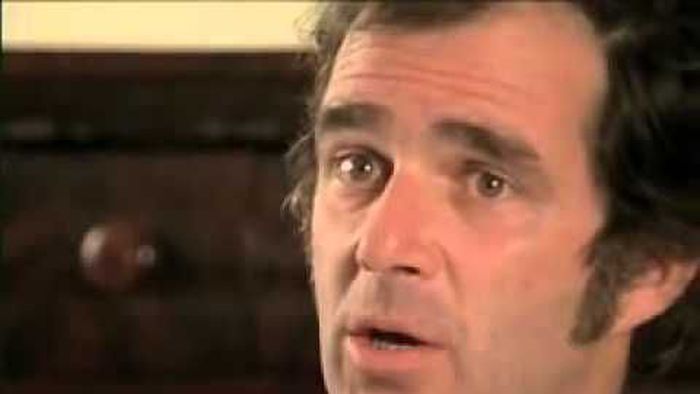 Years later he described what it was like to hear of JFK's assassinatioin while in a remote village in Laos: 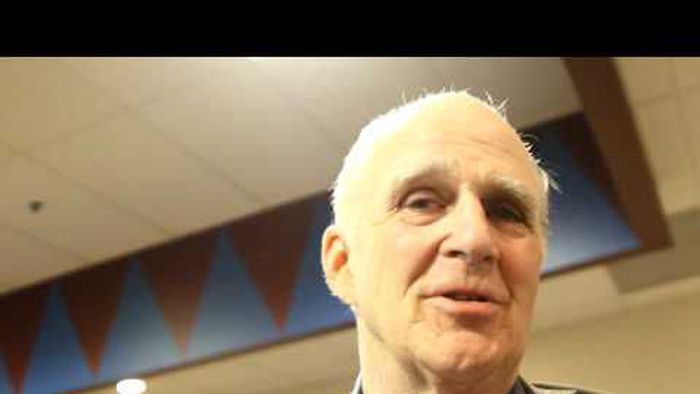 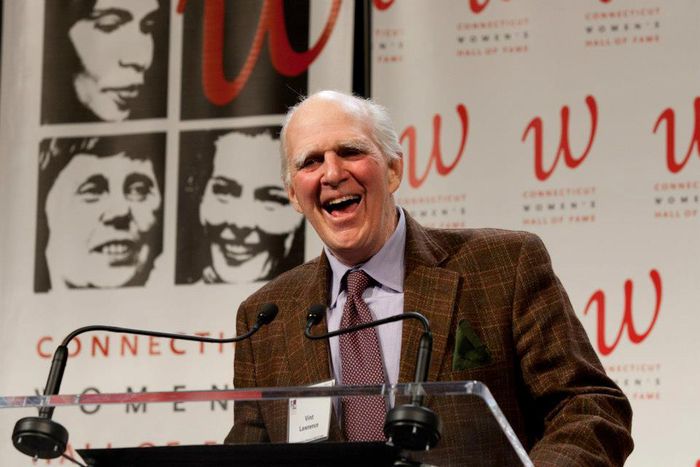 He was married to NPR correspondent Anne Garrels for 30 years when he died. Earlier he had been married to Maria Satzger. Survivors included two daughters, Rebecca Lawrence of Kalispell, Montana and Gabrielle Strand of Indialantic Florida; a brother; two sisters; and a granddaughter.

He was born in New  York City, and grew up in  Englewood, N.J.
"His father was an investment counselor who served in the Office of Strategic Services, a World War II-era precursor to the CIA. Mr. Lawrence graduated in 1956 from the private Phillips Exeter Academy in New Hampshire and in 1960 from Princeton." 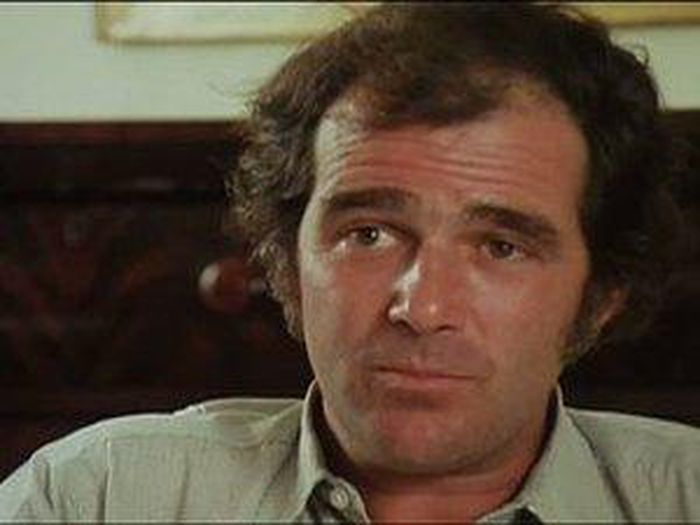 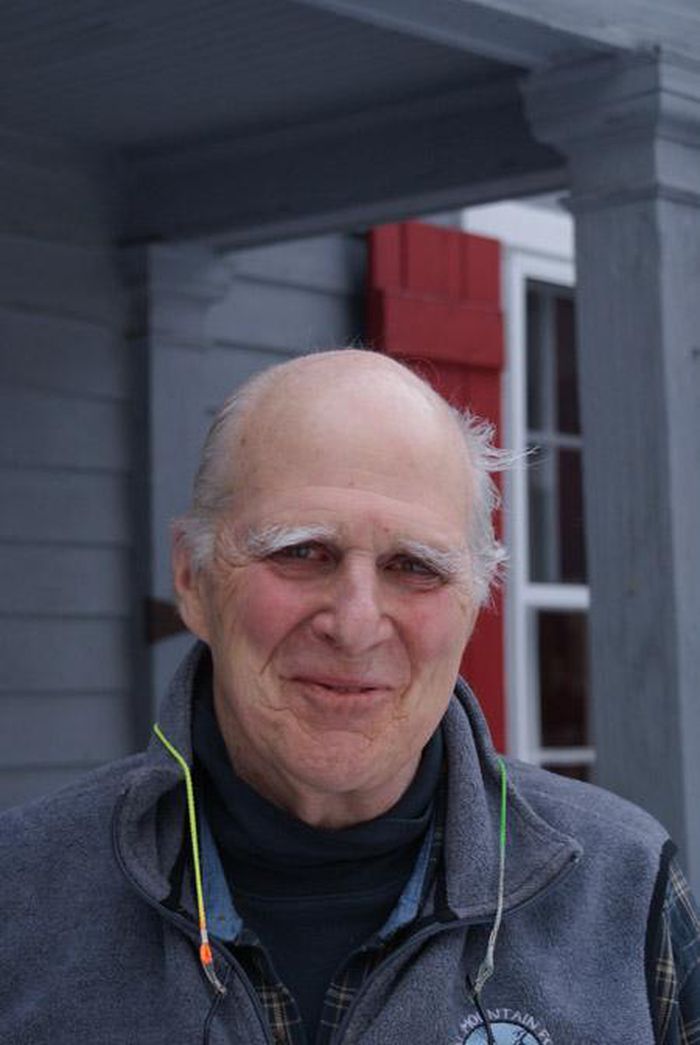 Today's poem for #NaPoMo is about my Uncle Vint