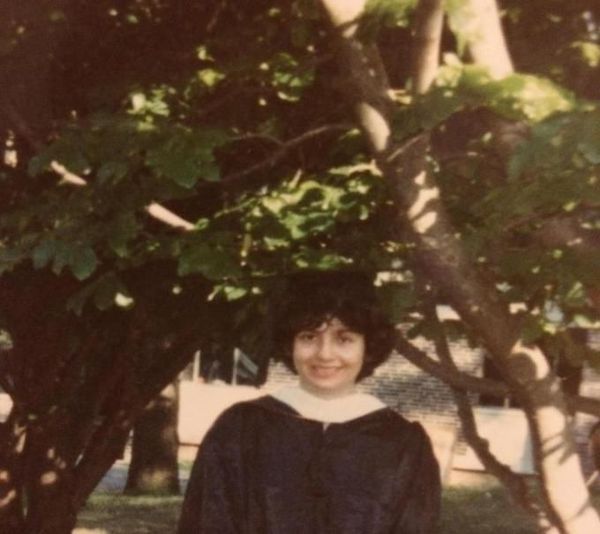 A Few Moments in Princeton

What was an important experience in your college career?

Well I loved my cat. I had him all throughout my sophomore year. He was very beautiful, and his name was Romeo. I don't remember why he was named that, but it probably had something to do with Romeo and Juliet. My roommates and I eventually had to give him away because cats weren't allowed in the dorms. It was also summer, and everyone was going home. I don't think my mom or dad truthfully wanted any cats around. I did love that cat, but not as much as I love my current dog, Silvee. I'm also now allergic to cats, so there you have it. Romeo was a sweet cat though.

Do you have any funny roommate stories?

My freshman year roommate was a champion bicycle racer, we were very different. She had to wake up very early in the morning to practice for her various competitions. I had two roommates my sophomore year, and they were both very politically conservative. They were both very nice, but also very conservative. I don't have any particularly funny stories about them, but it was a new and informative experience to live with people with such radically different political ideas than me.

What types of movements were ensuing on the Princeton campus? Were you involved?

There was a divestment campaign against South Africa at the time, since the country was going through apartheid. There were a couple sit-ins. I didn't participate in the sit-ins, but I did cover them as a reporter for the University Press Club. As a side note, I also covered basketball games for them, which was always a bit silly because I knew very little about basketball. David Remnick was in my class, or maybe the class ahead of me. If I had stuck with that, I would probably be writing for the New Yorker now. I also wrote about the sit-ins for the UPI (United Press International) as a stringer, which was great.

How would you describe your campus?

Princeton was very pretty to walk around in. There was this gorgeous garden in the middle of campus, and people would hang out and read in the lawns. There was a bunch of art around campus, and the library was lovely. I spent an obnoxious amount of time in a tiny cubby hole during my junior and senior years writing research papers. That part was not quite as lovely, but I still had fun. It was a very pretty campus with a lot of smart people. For example, Governor Spitzer was in my class, and even back then, he was a politician. There were parts of the social scene that I never could relate to, the college was mostly preppy and conservative at the time. There were a lot of trust-fund kids. I ended up hanging out with a much more socially liberal crowd, and for a while a reporting crowd, both of which were nice. It's gotten a lot more diverse since 1981, but it wasn't when I was attending.