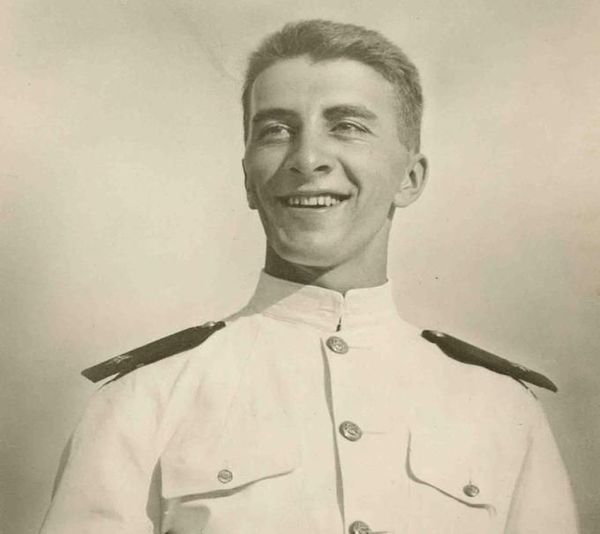 Beloved son and brother, died in the final weeks of WWII

First Lieutenant Streit Cunningham died April 12th, 1945, trying to take the Ruhr Pocket in Germany. It was the last, and perhaps most brutal, month of all World War II. Streit was a proud member of Company E, 18th Infantry Regiment, "Fighting First" Infantry Division in the European Theater of Operation, operating under orders numbered 150. Having played tackle on the football team at Lehigh University, it always made sense to my father, Streit's older (and sole surviving brother), that Streit was shot and killed standing up, pitching grenades into a nest of Nazis. He was awarded the Silver Star for Conspicuous Gallantry during Action, after his death. He and his younger brother, Paul Briscoe Cunningham, who died in a military test flight in 1943, are interred together at Arlington National Cemetery.

HERE'S A SWEET REMINISCENCE of Streit, written by Austin Cunningham in a column for the Orangeburg Times & Democrat:

One afternoon my younger brother, Streit--while driving my car alone in Rock Creek Park--thought an approaching automobile was crowding him. He swerved into a low bank of earth and my Chevrolet was tipped gently on its right side. When I got there and we lifted it upright, there was no visible sign of damage, but from then on, the right side door locks were jammed completely stuck. This minor infelicity, as the British might say, didn't deter us much. But from then on, you could only enter and exit my car from the driver's side. We didn't give Grandma any more Sunday rides after that. Streit could put his hand on the door tops and vault inside. He later played tackle on the Lehigh University football team, and was killed in West Germany in the last weeks of WWII. He got the Silver Star for heroism, and our family and country lost a splendid person." 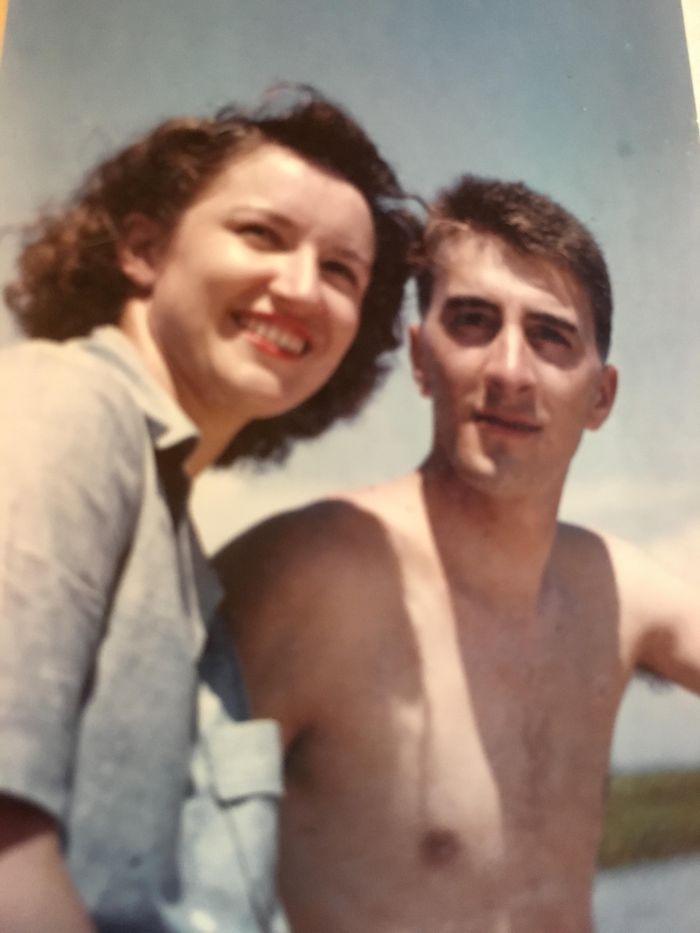 Here's a rare photo of Streit (above) that we recently located in an old family scrapbook. He was engaged to be married at the time of his death, and his fiance, whose name we never knew, visited our grandmother more than once in 1945, seeking grief support. Streit's death was a terrible loss for all of us, even those of us who never met him.

Click below to see the last letter Streit wrote home. 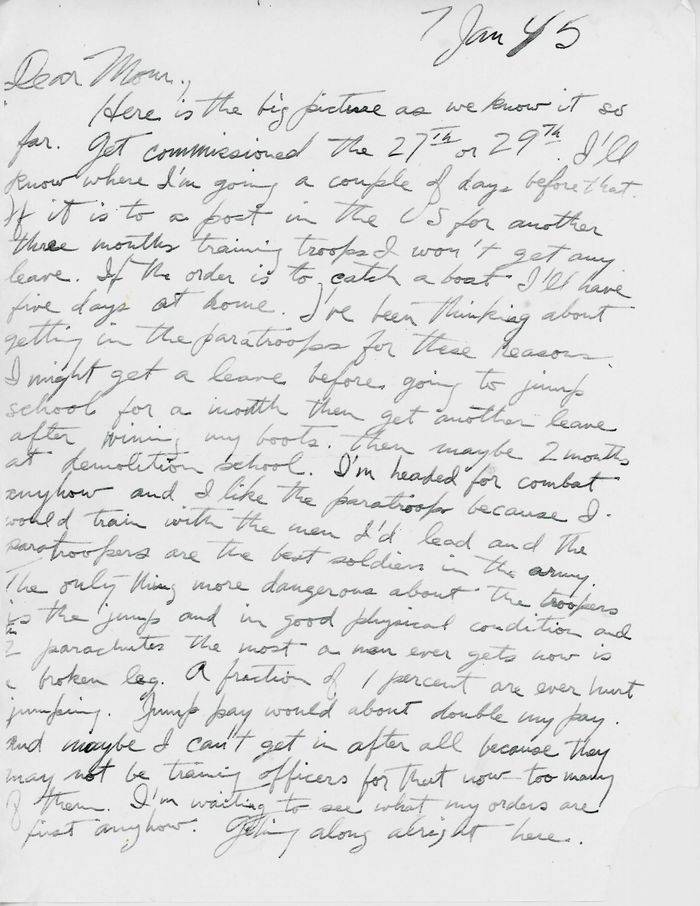 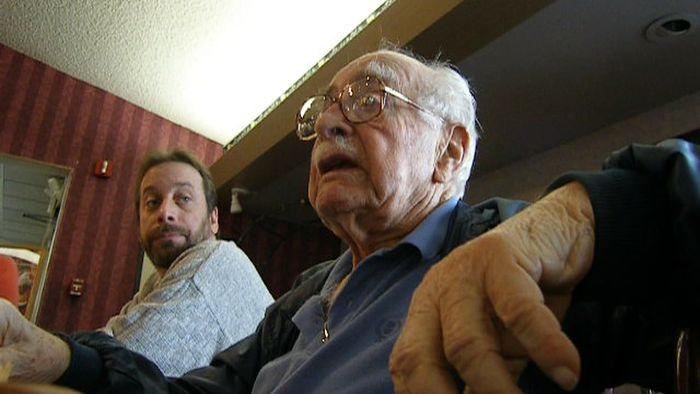 Here's Streit's old brother, Austin Cunningham, getting on towards the end of his life, talking about Streit's military service with son Austin and grandsons Joe and Gordon in Orangeburg, South Carolina. (Sorry about the restaurant noise! The point is that we're happy we recorded what few stories we did.) 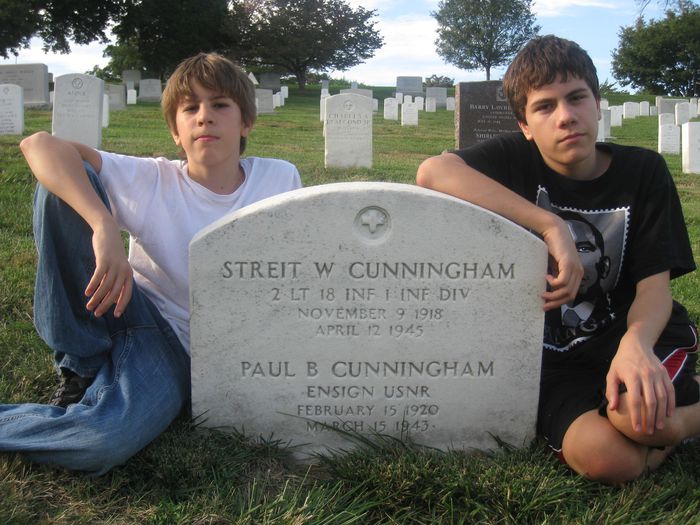 Again - Amy - thank you for sharing this memorial. Streit's death was another tragic loss for the whole family (following his brother Paul's death earlier in the war). Streit embodied the best and bravest qualities of America's WWII generation, which fought and sacrificed so much to defeat Nazi Germany and the terrifying Axis powers trying to dominate the world at that time. I did not know about his fiancee at all until now. What a terribly sad experience for her too.
As mentioned - Streit's death in action took place within a few months prior to the end of the war. The Silver Star is a solid tribute to his unquestionable valor, as it is so sparingly awarded - and only for "gallantry in action".
I have heard that my Grandmother (Streit and Paul's mother) knew exactly when he was gone - and it was later confirmed that she felt his loss on the very day he was killed in action.
My mother recalled his athleticism. She remembered he could have a temper too - once he quickly jumped and climbed a steep fire escape to see if someone had deliberately spilled something on him and her as they had been walking down the street.
I wish I knew more - so few anecdotes as it was painful for my mother to even discuss her departed brothers. If any of his Army buddies is still alive today and they can share anything it would be most welcome.
We will pause and pay tribute to Streit's sacrifice (and Paul's) this Memorial Day - along with so many others whose young lives were cut short as they fought to protect us all.