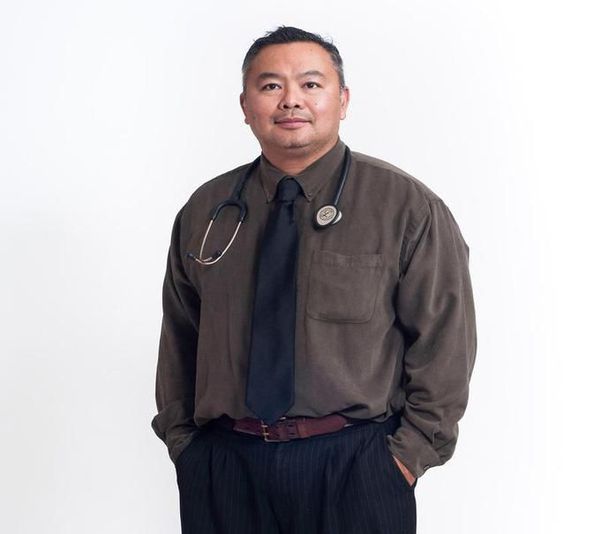 Saving those in and off the battlefield...

What is my story?

Many people ask me about who I am and what I have done in my life. The topic often lends itself to my military life and what I have done. Well, to begin, I was born in the Philippines and a immigrant of the United States. My grandfather was Philippine Mayor and my uncle the Arch-Bishop of the Philippine. I applied and received my citizenship when I was younger and my parents took the path for me and siblings to find a greater educational success and a better career to help us build our lives in this country. I traveled the world and lived in locations such as Orlando, Florida and Brooklyn, New York. My parents were both Filipinos and have worked hard to make the best for our family. My father was in the US Navy (Vietnam and Korean Veteran) retired, and mother worked for the Veterans Hospital as a Registered Nurse. My siblings all grew up knowing a military lifestyle built with faith, strength and pride and the conditioned it took to be a strong vibrant military family. This is really where it all began. Hard work, strong family values and a belief of continued support of leadership, pride and ethical strength for in our country and religion. My father was proud to be in the military and really help me begin my path to this "experience." 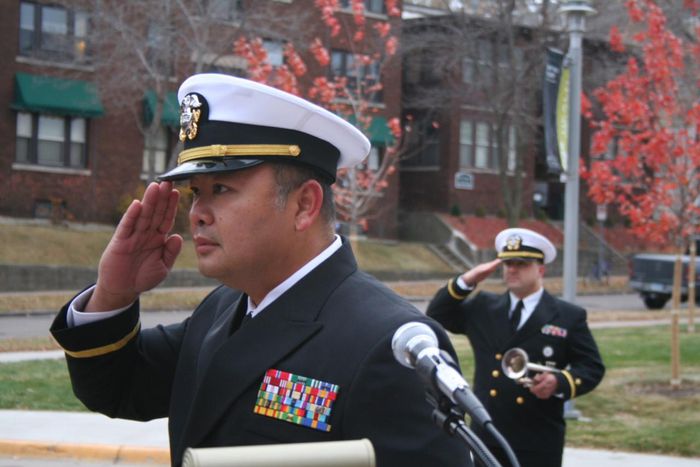 I am married to my wife, Dawn who was raised in Canada and I have three beautiful girls, Abigail, Emily and Isabelle. They are my life. My personal belief to be in the military was my determination to have them free without concern for due hardship from tyranny and terrorism. We live in a country proud of its heritage and values. This is one of my main reasons to why I was in the military.

When did my military experience begin?

I enlisted in the United States Army and spent 16 years in my life in the Army National Guard and Reserves. It began with the Air Defense Artillery Unit in Longwood, Florida as a Combat Medic. I was trained in Fort Sam Houston, Texas as a combat medic which will soon be the factor in who I became. I was activated from the Florida National Guard for many natural disasters such as Hurricane Andrew, Hurricane Hugo and Bertha. I was even activated during the Gulf War when the first war began. I was so proud to be in a unit that was making movement and waves all across the south east section of the United States. It made me want more. After 8 years, left the military only to know that I would reenlist when terrorism hit our countries feet. After 9/11, I felt it my duty to come back and continue to make a difference. I reenlisted after 8 years with the Minnesota National Guard and Reserves. I was deployed twice in my reserve career. Once to Iraq and another to Afghanistan. I did other stints to Norway, Germany and countless military base training within the United States and borders. 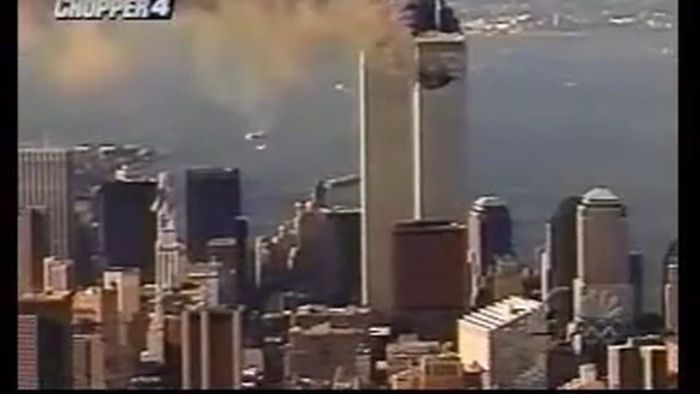 I transitioned upon my return from the Army to the Naval Reserve where I ended my career as a LT in the US Navy as a Health Care Recruiter and Campus Liaison Officer. Having served in the United States Navy gave me a new approach to caring for soldiers and sailors abroad. It was a different experience but allowed me to educate those who are interested in enlisting. 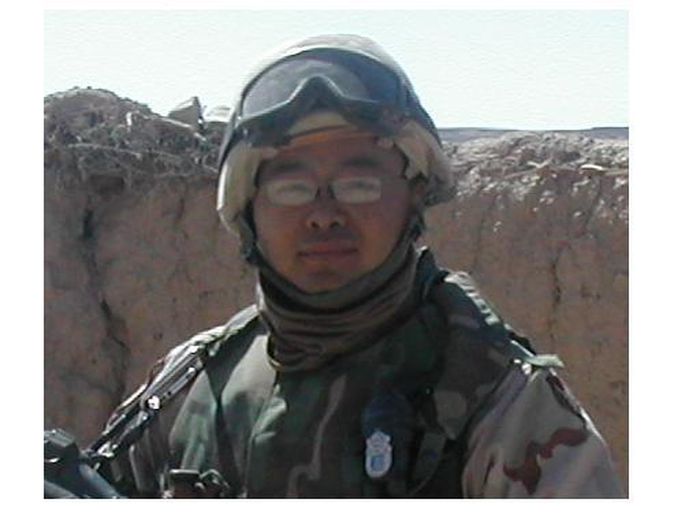 So what is my story. I was asked to write about who I am as a soldier/sailor.

I am a soldier, respiratory therapist, educator and a health care provider who has seen the traumas of war. I have dealt with trauma from concrete acute type conditions where life and death held in the balance of your hands to chronic conditions homestead; but this took on a whole new approach coming back from the war. Going to war and experiencing medical trauma is unlike any trauma you have seen or heard. The sounds of gunfire, bombs, IED and bloodshed can be so gruesome. It can cause emotional turmoil, strain and restless nights hearing the men and women cry out in pain while you tried to treat their acute injuries. Some made you so sick, it was life changing.  I have been able to save lives and I have held the hands of those who died in my care. I have carried the wounded off helicopters, Humvees and my back to try and save them and have carried the dead on transports to go back home. I have said goodbye to many men who have died during combat and have cried to those who I tired to save. I have fought back in the war only to think, if I press this trigger, It might be the kill or be killed. I have prayed with those who need consoling and have mourned for those who lost a buddy. I have cared for wounded while under fire and care for wounded that had emotional strain called PTS.

The traumas of war is not what you see on TV. It is so lifelike and sometimes, the TV can make it seem so real. "Bullets don't bounce off."  You cant turn off the TV in war. The war stays with you even after you come home. You can try and turn it off by doing other things to support you emotional change but in reality, we learn to deal with it in some way. The realism of war takes on a much more stoic approach. Looking back, It is less defined and sometimes all a blur due to the fast paced action. When I look back at the war and the trauma I was placed under, I can still see, smell, hear and feel the pain that so much has been put under me. I tend to just want to " Stow it away, only to relive it on Veterans Day, Memorial Day or Military Holidays." Those days are tough . The war was that. Something unique for someone to experience and never forget. That one and a half year deployment of trauma was a lifetime of trauma one can experience. I took some pictures of moments in my life. I am grateful. But what you don't see is the men who just died under my care. These moments are stiched in my memory. 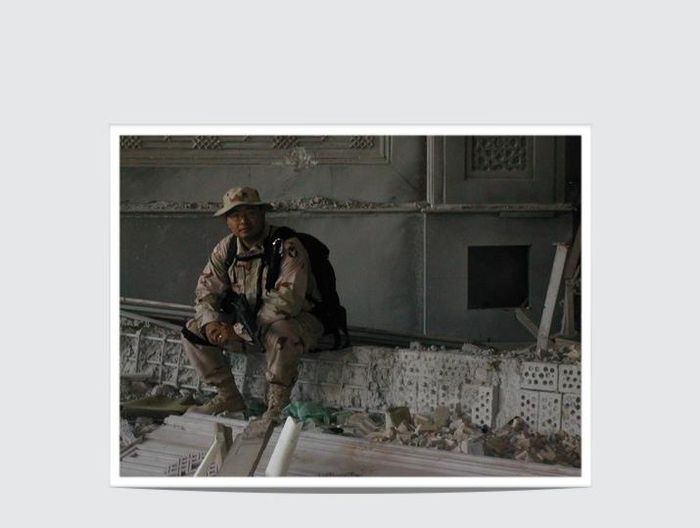 During my stints in Iraq and Afghanistan, I found comfort in the kids who needed my support. I found the results of injury with the innocence of lives that affected kids from war and in a way, I found happiness in caring for them. In one experience, I showed a picture of my daughter to a mother whose child was injured from war. Through this picture of my daughter, a relationship began and the scant wall that divide our relationship was broken allowing me to have a more open relationship in caring for her child. Through pictures, I saw that even this can stop the war stigmatism of soldiers and allow an open relationship to evolve in caring for her child. 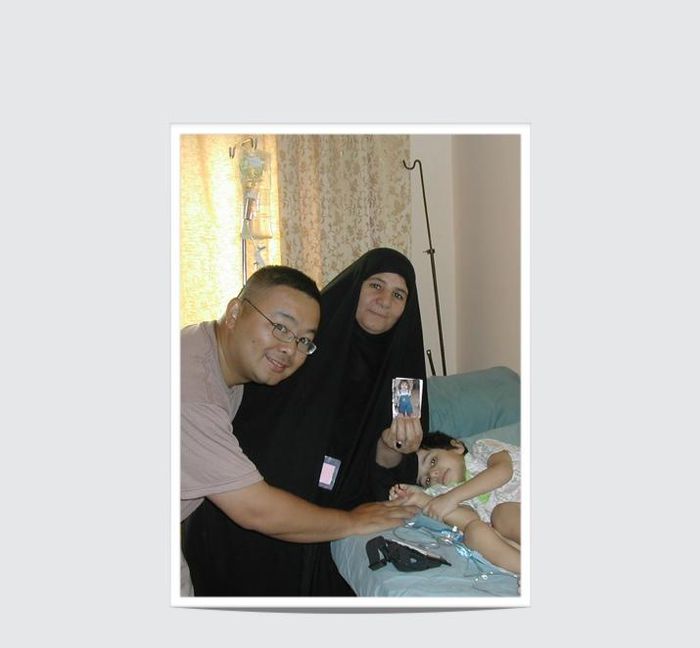 I hold a doctorate in Education and Leadership from Aspen University, a Masters in Business and Administration, a undergraduate degree in Health Care Administration and Cardiopulmonary Sciences. I hold certificates in EMT, Autism and Simulation Studies. My whole life was spent bettering myself not only in who I am physically, but who I can be mentally. In coming back from war, I wanted to help make a difference both intellectually and spiritually.

To come back from war, is a lifetime of emotional changes that one has to overcome and endure. My story however, did not end here.

Coming back from war, I see the changes both emotionally and physically that war has created for the men and women who went with me, but the wives and husbands it has burdened and left behind. There is so much that trauma can teach us. In some cases, I personally believe that PTS can also be endured not only in the lives of the soldiers, but the family. My focus has now changed. Having left the military, my focus has been to work with the families afflicted and the soldiers who are tormented of the war they cannot forget. My other focus is now on Autism and finding the strength and relationship with government and care for kids with special needs. My focus also continues to find a path to forgiveness and acceptance. Not for being in the war, but the things my religion asked me not to do ( Another story). War can be non-forgiving but I am learning to find acceptance.

To be in trauma is not about knowing it, but to learning to live with it.

That is my mission: to help others see the path of acceptance and recovery.

Serving the cause both on the battelfeild and off. 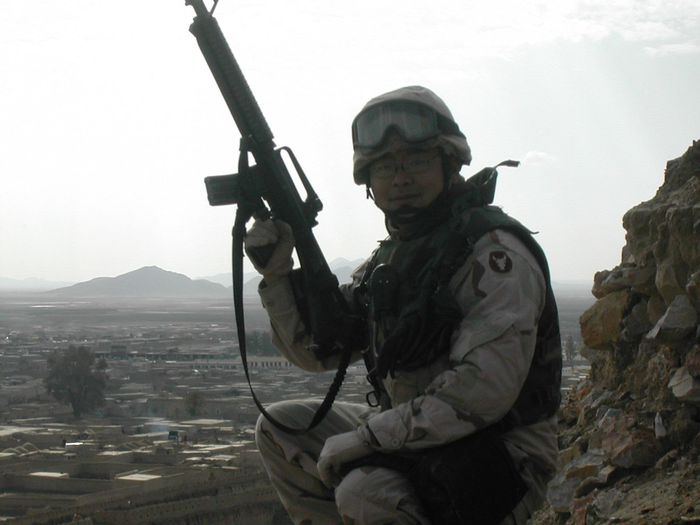 Thank you for allowing me to post my life story. Dr Buhain