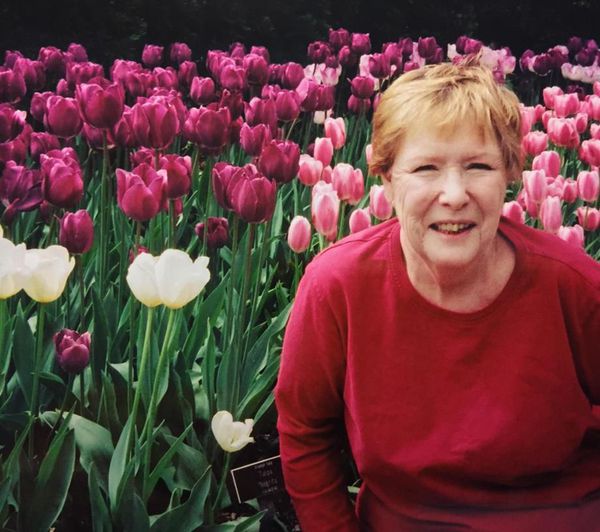 Our story begins in Richmond Hill, New York, on New Year's Day in 1942, when John and Marguerite O'Brien opened their home and hearts to a baby girl, Mary Ellen. The tot grew happily and steadily into an intelligent, thoughtful, athletic, artistic girl. She went on to graduate from John Adams High School and then Queens College and then ventured into the concrete canyons of Manhattan to work for AT&T, where she stayed until she boarded a boat called "The Action." Once aboard, our heroine met a red-headed rogue named Mike who swiftly swept her away. They tied the knot in 1967, lived for a while in Bayside, New York, in an apartment complex they lovingly called "poverty pocket." Two years later, the place got a bit crowded when another red-headed rogue arrived. They named the ginger bundle Laura and, eight months later,  the trio moved onto 169th Street in Flushing. Two more bundles arrived in quick succession, Michael in 1971 and Sean in 1972, and our story's cast of characters was complete.

The cast kept our heroine busy, with lunches to pack and ear-damaging concerts to attend and Little League games to cheer and boo-boos to kiss and homework to check. The quintet traveled to New Hampshire lake towns, into the Adirondacks Mountains, out west to the Grand Canyon and Las Vegas. Before long, the cast began to splinter, as every cast must. In rare spare moments, she retreated to her beloved New York Times crossword puzzle (in ink, no pencil, thank you) or stole away to laugh and love with a tight-knit circle of lifelong friends.

After the bundles trundled off to college and work and the military, Mary Ellen's artistic impulses resurfaced in other ways. First, she fashioned works of art out of chocolate, and then dried flowers that she plucked out of the urban garden sanctuary she created on her 40-by-100 plot.

The cast was heartbroken in 2000 when their number suddenly shrank by one and Mike left our story far, far too early. But then the cast grew again, first with three wives, and then with three "grandsweeties."

Our heroine soon traveled the globe, on foot, airplanes and cruise ships. Egypt, Amsterdam, Australia, Alaska, the Southwest, Russia and more. The world was her oyster, and she slurped.

Our story ended abruptly, at 4:02 p.m. Oct. 12, 2016, when our heroine's reach on this plane suddenly and unexpectedly exceeded her grasp. But not before she left a thumbprint as big as a house on all of our hearts.

This is the most beautiful obituary I've ever read! Laura, I never met your mom, but through these words, I feel like I got to know a little bit about an amazing woman. Your love for her truly shines through.