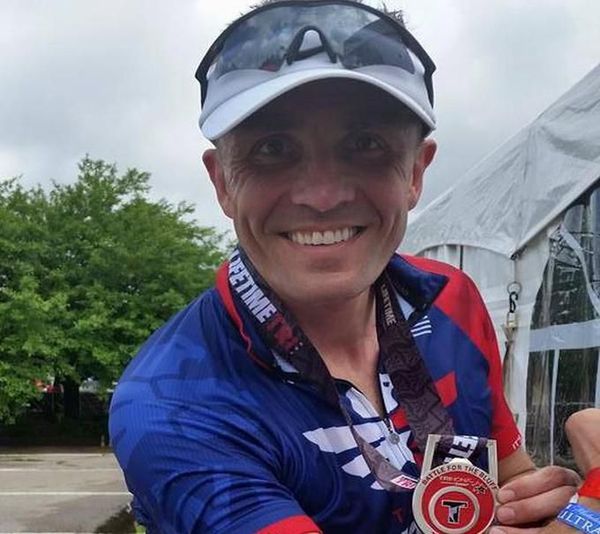 After finishing Trinona 2015 in Winona, MN

The making of a life's journey 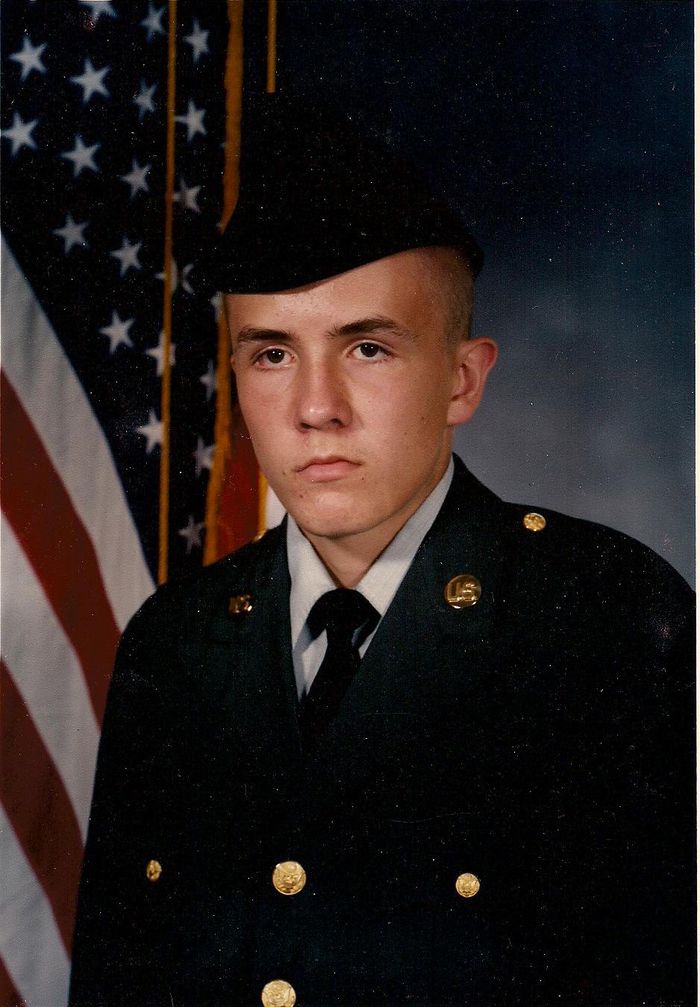 I began my military career while I was still in high school. I knew that my mother wasn’t going to be able to afford the financial burden to put me through college. I invited a recruiter to our home to discuss what my options were with my family. He went over all of the school benefits and MOS choices I could make and I narrowed it down to being an air traffic controller or an engine mechanic on UH-1 helicopters. After my mother gave the approval, I enlisted in the Minnesota Army National Guard as a 68B Turbine Engine Mechanic on 15 May 1989. I went to Basic Training in Ft Knox, KY between my junior and senior year of high school. After graduating high school, I continued my education at Ft Eustis, VA transportation school and earned the MOS 68B10 in December of 1990. 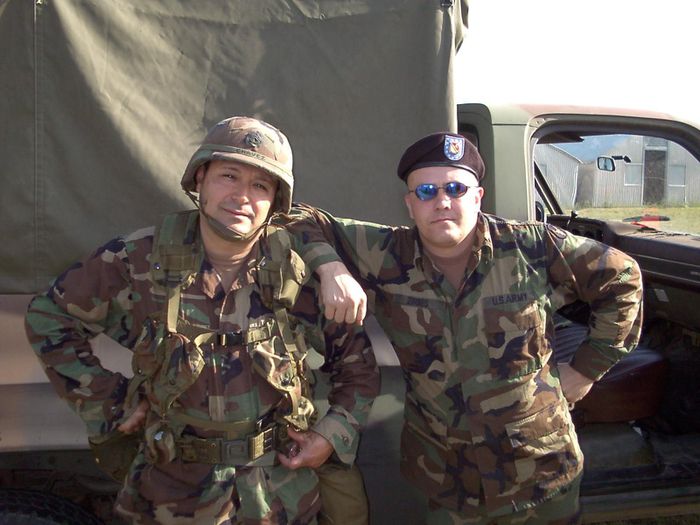 My first company I was assigned to was F Co 147th AVN of the 47th Infantry Division in St Paul, MN at the Army Aviation Support Facility. At that time, the unit had Huey and Kiowa helicopters and the company included the pilots and the mechanics. After several unit reorganizations and MN transitioning to Blackhawks and Chinooks, in 2007, I was transferred to D Co 2-147th ASLT in order to go on their deployment in support of Operation Iraqi Freedom. 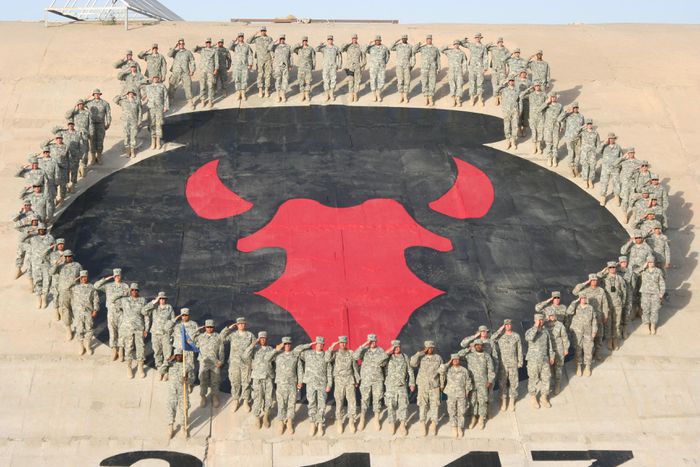 Before I deployed, I was still an E-4/Specialist, after 18 years in the military. During the deployment I recommitted myself to my military career and focused on leadership skills that are needed to become an NCO. Our unit was attached to the 12th CAB out of Germany at Camp Anaconda, Balad, Iraq. We served 12 months there as an aviation maintenance company servicing over 30 aircraft from 3 flight companies. While in Iraq, I earned my E-5, Sergeant, and became the shift NCOIC, and held extra duties like POL NCOIC that garnered me an Army Commendation Medal at the end of my tour. After my deployment, I was fully committed to my Army career and started completing my NCO schools in a timely fashion to continue to get promoted. After completing BNCOC (Basic Non-Commissioned Officer Course) I was promoted to E-6 and transferred to B Co (Det 2) 834th ASB and became one of the section sergeants in the engine shop.

In the fall of 2009 I had a unique opportunity to be able to work full time for the MN National Guard and assist the Guard with the RESET of equipment from returning units on deployment. I was put on orders to work with a Chief Warrant Officer as the Field Reset Team NCOIC. We conducted container operations for returning units at a demobilization station and processed the equipment to be put into maintenance. The position that I was in had been very challenging and rewarding over the 2 and a half years I was in it. It is from that experience, working with a Warrant Officer, that I decided to become one as well, and to continue my career as a Signal Warrant Officer using the skills I had learned on the civilian side of my life toward the military. 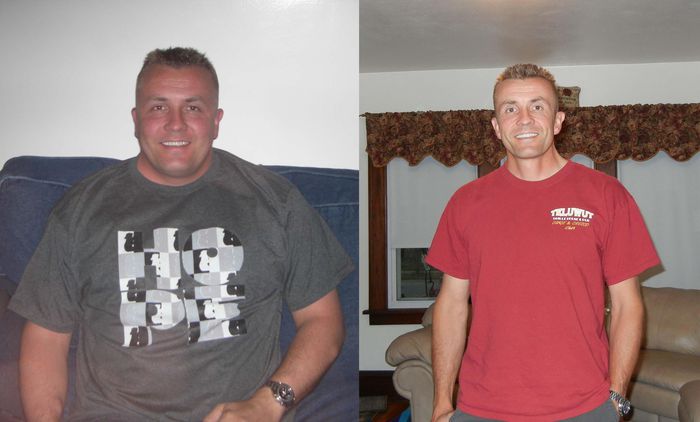 My before and after pictures to remind me to stay healthy.

The training to become a Warrant Officer is hard and physical, so I started running to get in shape for the training. I hated running, even short distances.  I just hated running! (Did I tell you I hated running?) I started with a goal to complete the required two mile run in less than 18 minutes, which, for my age group, was the maximum time allowed to complete the run. As I was training, I read information from websites and magazines on proper running techniques so that I’d start to enjoy running more. Much to my surprise, I DID start to like it and I started getting faster at the required two miles. It was only taking me 16 minutes to complete, well under the maximum. I said this to my wife and she gave me a motivator by saying “Why don’t you run further if you are finishing the two miles so quickly?” Being a guy, I had tunnel vision and only focused on the two miles.  I didn’t even give longer runs a second thought. I started running further and further until I had to take my final Physical Training test for Warrant Officer Candidate School (WOCS). I finished the two mile run in 14:20 and could have kept running! I now LOVE to run and don’t know why I didn’t start sooner.

After I finished WOCS, I was contacted by Weight Watchers (The plan I used to lose my weight) to be a part of the 50th Anniversary campaign and was brought out to Los Angeles for a photo shoot and a commercial. It was an amazing experience and I got to meet many other like-minded people with a passion for becoming healthier. 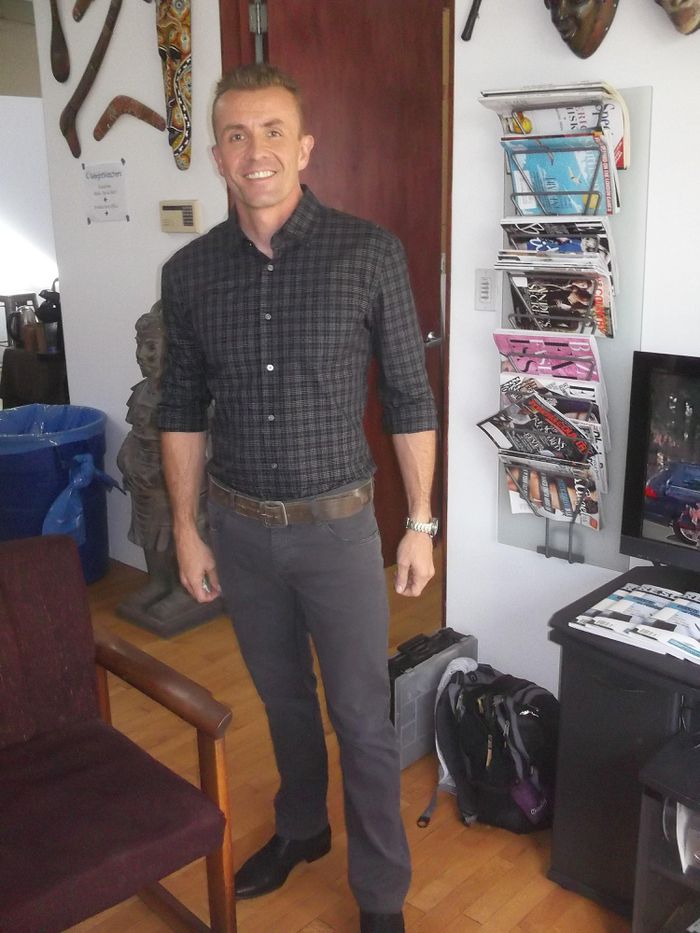 Just before shooting my commercial.

I was inspired by all of the amazing people and was energized to motivate others to do what I have done. I started looking at different running groups or social groups that I could get connected with to do just that and came across Team RWB in the summer of 2014. I immediately knew this was the organization for me. The members were so welcoming and from day one it felt like I had known them my whole life. I started to get more involved with Team RWB as an event leader and attended quite a few other functions too. I was interacting and getting enrichment from my fellow members as much as I was giving to them. That is what makes Team RWB so great! You get out of it what you put into it. One of my mottoes is, if I can assist even one person to make a change for the positive in their life, it makes me feel joyful and driven to continue with my own journey for the rest of my life. Now I am the volunteer Athletic Director for the Twin Cities Chapter and it is so rewarding. 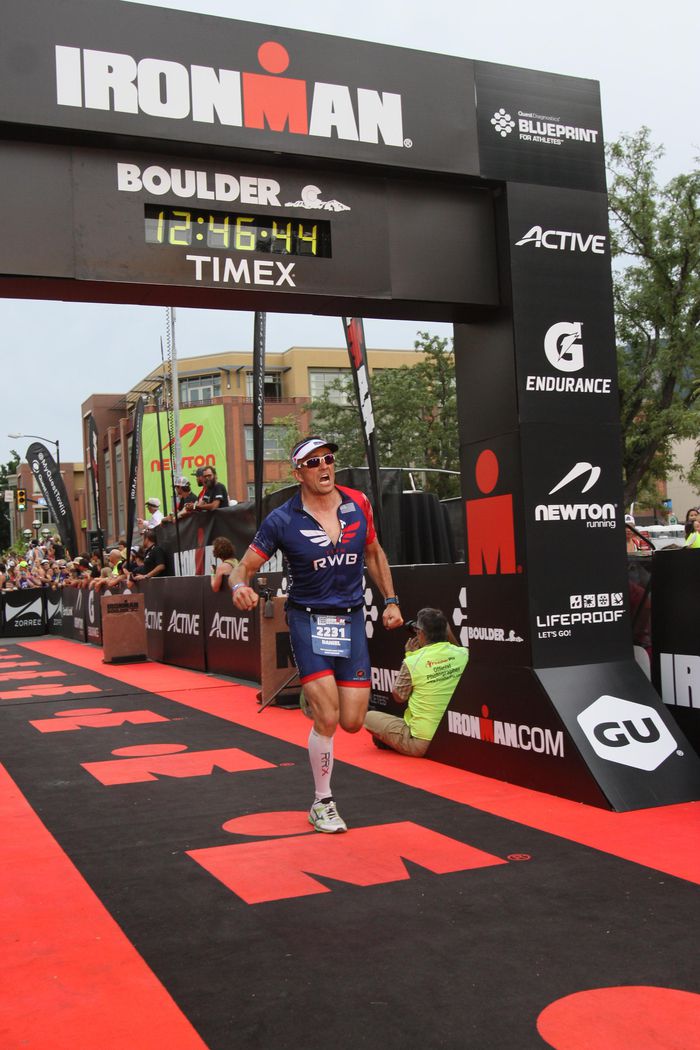 Currently, I work full time for the MN National Guard as a Logistic Information Systems Technician at the Army Aviation Support Facility in St Cloud and I am a Chief Warrant Officer 2 with the 34ID DHHB out of Rosemount, MN for my drill weekends.

What I have learned is that life is a journey and you have to make the most of it in the present so that you will have a happy future. In my 44 years on this planet and 20 years of marriage, I have had many experiences that have shaped my life. Good or bad, you must use the experiences to grow as a person and deal with what life throws at you. My story is far from being finished and with my loving, supportive wife, Sarah, by my side, I feel there isn't anything that I couldn't handle in the future. 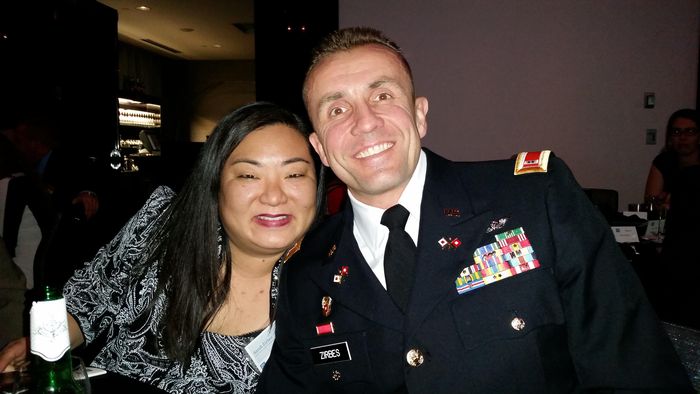 My wife, Sarah, and I at a formal event

Hey Brother! This is SFC Burgner (Ret). Your success story shows that you can do anything if you put your mind to it. You are an inspiration, Sir! Have a great memorial day weekend!