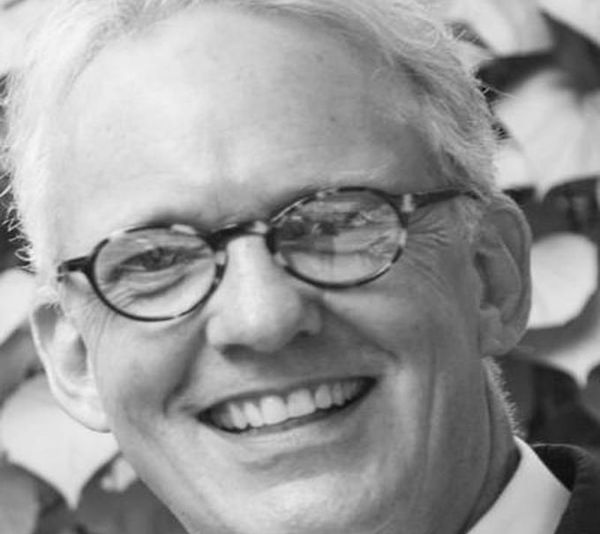 A Tribute, in Loving Memory

Susie and I are quick to tell people that we’ve been best friends since kindergarten. I wasn’t there on that fateful day when Susie and Dave first met at the Clark Art Institute, but I met Dave shortly thereafter and thus, as Susie recently pointed out to me, I knew Dave almost exactly as long as she did.

It’s rare to have a best friend be a best friend for that long, and it’s equally rare, it seems to me, to have the husband of a best friend become a best friend himself. Dave’s own deep capacity for friendship fostered this and our own shared experiences cemented it; I feel very fortunate to have known Dave not only as the wonderful husband, father, son, son-in- law and brother he was to his family, but also as a business school classmate, a neighbor in New York and Stonington, and a colleague on the Merrill and SVIA Committees here.

It’s hard to know where to start in talking about Dave. He was thoughtful, loyal, incredibly generous with his time and advice, smart, funny--very funny--hugely gifted in so many ways and endlessly interested in such a wide range of people, subjects and experiences. He was a wonderful friend.

While it may have been their respective heights that first drew their eyes across that crowded room, Susie and Dave’s meeting at the Clark Art Institute was really because they shared a deep interest in art. This passion led them on many travels and adventures together. They also shared a love of reading, of a wide range of films--although not some of the actionless foreign films that Dave referred to categorically as “L’Ennui dans la Biblioteque,” or “Boredom in the Library”-- and of course music, fostered by the remarkable talents of Sam and Henry. As anyone who knows them can attest, Susie and Dave truly loved, respected and admired each other. And, if called for, they treated each other with kind and often gently humorous forbearance.

Once, when Susie was 8 ½ months pregnant, a time of life when uncharacteristically emotional reactions can occur over minor incidents, she burst into tears over one. Between sobs she gulped to Dave “I want a divorce”.

Dave sat down, took her hand, and calmly replied, “Honey, I don’t think this is a good time”.

Their wonderfully close relationship, this thoughtfulness and humor, was particularly apparent amidst the challenges of the last year of Dave’s life. Together they buoyed each other and their friends, and drew enormous strength from the multiple kind ways in which so many here today helped them through these difficult months.

Stonington was fortunate to benefit from Dave’s capacity for friendship and his natural leadership abilities as he joined the Merrill House Committee and became president, first of the Salt Marsh Opera, then of the Stonington Village Improvement Association.

While continuing to help guide these organizations with a brilliant and “steady hand on the tiller,” as another friend said, he took on many of the “glamorous” aspects of these roles. He wrote letters and grant proposals and created spreadsheets and presentations with equal aplomb. In response to calls from tenants at the Merrill House, many at odd hours, he cheerfully installed light bulbs, replaced batteries, opined on awning stripes and carpet colors, and removed dead birds that frightened the residents. Once, during her reading at the La Grua Center, a Merrill writer noted that a past scientific study she’d participated in revealed that the bacteria level of her kitchen sponge was off the charts. I felt my phone vibrate--it was a text from Dave: “We should change the sponges before the next writer comes”.

Dave never took himself too seriously, but he always took his responsibilities seriously. While appreciating the gentle humor in many situations, he understood that having Santa in the historical suit and the holiday lights on the right tree light up at the right time during the village’s Holiday Stroll were as important in their own way as any organization’s budget and strategic plan.

Dave himself had an enormous number of serious interests, and a deep curiosity to learn and experience more. And when Dave became interested in something, he really immersed himself in it, as the dozens of beautiful drills, saws and planes in his third floor workshop, many multiple versions of the same tool, attest to. And so it was with the Merrill House. He read all about the history of the building, he read all about Merrill, his life, his poetry and his contemporaries’ work, and the Stonington Library bears witness to the many other books of and on poetry that he absorbed. He loved to visit other writers’ preserved houses, and delighted in the unique spirit (not literally!) and sense of place that the Merrill House had.

He used all of this knowledge to enhance our own enthusiasm, and to inform a wide range of decisions affecting its present and future.

You could have no better friend than Dave, and not just because he could figure out how to get water siphoned from your basement when you weren’t there, fix your gate when it was frozen shut with ice, shovel your snow or help you move furniture, often long before you even thought that any of that needed to be done or even if he thought something-- likely furniture re-arrangement- -was not the best idea.

Most importantly, he was constant in his appreciation of both one’s strengths and foibles--he really appreciated the many pieces that made up each of his friends. He loved to celebrate his friends’ successes--whether large or small--not necessarily with a party or drinks or dinner, although there were lots of those, too-- but with recognition for a job well done or a situation handled particularly thoughtfully that you might not even have realized yourself. And he was there, in just the right way, when you were experiencing a difficult or sad time, knowing when to reach out with a visit or a call or the right words.

Dave was a special friend of my mother’s, and, reflecting that relationship, he was the only man at the six-person “ladies lunch” I gave to remember her, and he loved being there. I still have, and often reread, the poem he wrote for her on her 92 nd birthday; he had a wonderful ability to capture a situation or a person’s essence in verse.

Dave’s own birthday is not too far away, and how I wish this were a celebration with him, instead of a remembrance of him; I can just imagine him here in one of his dapper bow ties, smiling, happy to have Susie, Sam, Henry, his whole family and close friends together. But I know that we’ll all continue to celebrate the wonderful memories we have of our many adventures, conversations, dinners, travel and time spent together and, most of all, the very special quality of friendship that Dave had that made each one of us feel we were the best version of ourselves that we could be for ourselves, for our family, and for our community.