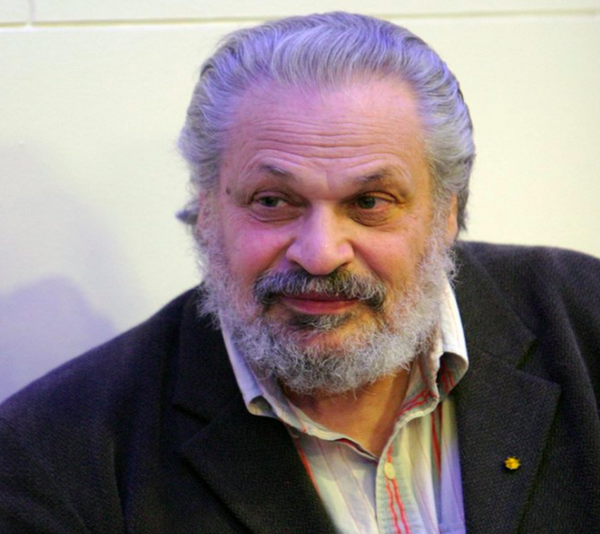 Robert Sussman, 74, was born July 4th, 1941 in Brooklyn, New York, to Louis and Helen Sussman. He passed away peacefully on June 8th, 2016 at his home in Creve Coeur, MO, with is wife, Linda, and two daughters, Katya and Diana, after suffering from multiple strokes.

“Bob was a remarkable scholar, phenomenal teacher and mentor, and dedicated servant to the university and to the academic community,” said T.R. Kidder, professor and chair of anthropology in Arts & Sciences.

A world authority on the behavior and ecology of lemurs from Madagascar, Sussman’s research interests extended far beyond, to the study of primate and human origins and the evolution of modern beliefs about race and racism. As a scholar of the eugenics movement and the cultural concept of race, he wrote extensively on anthropology’s role in building the scientific consensus that racial distinctions among humans have no biological basis.

His interest in primate behavior, which took him to the jungles of Guyana, Costa Rica, Mauritius, and Panama, was driven, he said, by a belief that the study of primates can help us understand the biological basis of human behavior.

He first became interested in anthropology while studying sociology and race relations at the University of California, Los Angeles (UCLA). Realizing that many of his questions could more appropriately be answered by physical anthropology, he began working with primatologist Jack Prost, who helped Sussman launch his career studying prosimians in Madagascar.

After receiving his bachelor’s degree in 1965 and a master’s degree in 1967, both from UCLA, Sussman followed Prost to Duke University to pursue a doctoral degree in anthropology, which he received in 1972 under J. Buettner-Janusch. He joined the Washington University faculty in 1973 after teaching for two years at Hunter College in New York.

In Madagascar, he studied the demography, ecology and social organization of two sympatric species, the ring-tailed lemur and the brown lemur. There he worked with colleagues at Yale University and the University of Madagascar to co-found the Beza Mahafaly Reserve, a government-protected wildlife reserve and research center that is celebrating its 30th anniversary this August. Dedicated to the preservation of local species and habitat, his recent work there involved monitoring satellite images to determine the consequences of deforestation.

On Mauritius, he worked with biologists to study the ecology, social organization and genetics of long-tailed macaques, which were introduced there about 450 years ago. With botanists, he studied plant density, diversity and invasion of exotic plants in the island’s degraded and rapidly disappearing endemic forests.

In recent years, he began mentoring students with interests in community ecology and primate conservation in Central and South America, especially Costa Rica and Guyana. “Bob Sussman achieved legendary status early in his career, with diverse and brilliant contributions that defied arbitrary boundaries between academic disciplines,” said close colleague and fellow primatologist Crickette Sanz. “He proposed the reigning theory of primate evolution, championed the role of cooperation in sociality, and educated a generation about the dangers of race — just to name a few of his many contributions.”

Sanz, now an associate professor of physical anthropology here, is one of almost 30 graduate students who did field work and earned their dissertations under Sussman’s mentorship. “It does not suffice to say that Bob Sussman was a generous mentor, because he was truly tremendous in his support and encouragement of aspiring scholars.” Sanz said. “His passion for learning inspired our field as a whole, as did his endless patience and kindness. Astute students also benefitted from observing how he succeeded in raising a lovely family, making lifelong friends, and living a full life.”

Sussman’s wife, Linda, a medical anthropologist and research associate in the anthropology department, often accompanied him on fieldwork to conduct parallel studies in her field. In the early years, the couple’s oldest daughter, Katya, also went with them. Their family expeditions became more complicated after their daughter Diana was born, he said.

Over the years, Sussman received research grants from the National Science Foundation, Consortium for International Earth Sciences Information Network, National Institutes of Health, Fulbright Scholars Program, National Geographic Society and World Wildlife Fund. He served as Secretary of Section H of the AAAS for 8 years and as Chair of Section H in 2015-2016, a position of which he was very proud because it had been held by Franz Boas from whom he drew much of his inspiration. He also served as Editor-in- Chief of the American Anthropologist (1998-2001) and Editor of the Yearbook of Physical Anthropology (2008-2012).

Among his most prominent publications is a groundbreaking 2006 book, “Man the Hunted: Primates, Predators and Human Evolution.” Co-authored with Donna Hart (a previous doctoral student of Sussman) of the University of Missouri-St. Louis, the book argues that primates, including early humans, evolved not as hunters but as prey. This book won the W.W. Howells prize in 2006 from the American Anthropological Association.

His most recent book, “The Myth of Race: The Troubling Persistence of an Unscientific Idea” (Harvard University Press, 2015), traces the early origins of racist theories and follows them to the present. Sussman described the book as an attempt to bring together the most important developments in the history of racism. The book was a culmination of his lifelong efforts to reveal the misguided notions that fuel racist beliefs.

Jane Phillips-Conroy, professor of anatomy and neurobiology in the School of Medicine and of anthropology in Arts &  Sciences, has known Sussman for more than 40 years, first as his student, then as his research colleague, and always as a friend.

“Although ended far too soon, Bob had an immensely productive, influential and creative career,” she said. “He was an anthropologist in the real meaning of the word — interested in fundamental questions relevant to knowledge about humans, their origins, and their relatives. He has left his mark, in both his professional and personal lives. We were lucky to know him.”

In addition to his impressive and prolific professional career, Sussman was also a loving, caring, and inspiring father to his two daughters, Katya and Diana, and a proud grandparent to his only grandson, Travis.