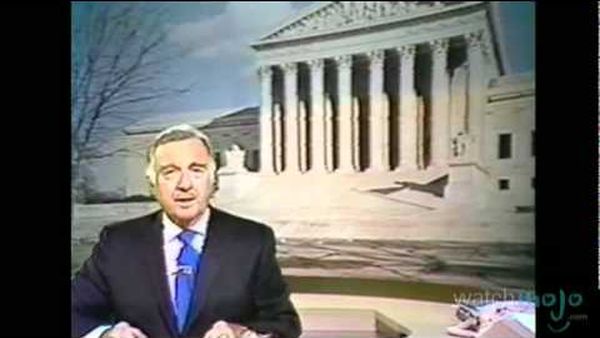 From the Cronkite School:

A pioneer broadcast journalist who began his distinguished career as a wire service reporter, Walter Cronkite was a longtime champion of journalism values. The Cronkite School proudly carries on that tradition.

Born in St. Joseph, Mo., Cronkite began his career as a news writer and editor for Scripps Howard and United Press. He was a correspondent for United Press during World War II and, after the war, reopened news bureaus for UP in Amsterdam and Brussels.

Cronkite was the chief correspondent covering the Nuremberg trials and also served as bureau manager in Moscow.

In 1950 he joined CBS as a television correspondent. He was named anchor of the “CBS Evening News” in 1962, and the following year launched network television’s first 30-minute newscast.

He reported on the pivotal stories of the '60s and '70s -- the assassination of John F. Kennedy, the battles over civil rights, the Vietnam War, the Apollo moon landings and the Watergate scandal.

Cronkite stepped down from the anchor desk at CBS News in 1981. Three years later, the journalism school at Arizona State University was named in his honor. He returned to campus each year to talk with students and present the Walter Cronkite Award for Excellence in Journalism. Cronkite died in 2009.

Cronkite was the recipient of a Peabody Award, the William Allen White Award for Journalistic Merit, an Emmy Award from the Academy of Television Arts and Sciences, the George Polk Award and a Gold Medal Award from the International Radio and Television Society.

He was a longtime member of the Society of Professional Journalists.

His 1996 autobiography, “A Reporter’s Life,” was a best-seller. An avid sailor, Cronkite wrote the text for “South by Southeast,” a record of his impressions sailing the waterways from Chesapeake Bay to Key West. A sequel, “North by Northeast,” also was published.