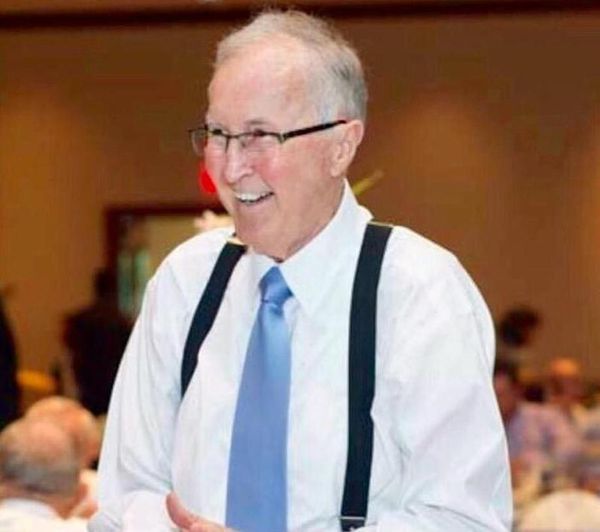 The fourth of six boys, Guy Davidson moved with his family to Arizona in 1939, where he graduated from Phoenix Union High School in 1947. He went on to attend Vanguard University in Costa Mesa, CA; Cascade College in Portland, OR; Central Bible College in Springfield, MO; and Western Seminary in Portland, OR. Western Seminary awarded him an honorary doctorate in 2002.

His life in ministry began in 1951 as a Student Pastor at Community Church in Long Lane, MO, followed by a role as Youth & Education Director at First Assembly of God in Portland, OR while attending seminary. Guy gained valuable experience as Director of Publicity for Gospel Publishing House in the mid-1950’s, before taking the position of Associate Pastor at Calvary Temple in Denver, CO. He then served for four years as Senior Pastor of Peoples Church in Fresno, CA.

In December 1960, Guy married his sweetheart, Martha, in Denver. While working again at Calvary Temple, Guy and Martha felt God calling them to begin a new church in the fast-growing Phoenix area.  With three other families, they began in 1965 to dream and pray about starting a community church on the southern edge of Tempe. When Grace Community Church held its first service on January 8, 1967, there were 355 people in attendance -- 55 more than the new sanctuary was built to seat. The next week, Sunday School for all ages began, and by Palm Sunday of that year, a second service had been added. During the first month, the congregation also began its long involvement in international Christian mission work by supporting Bible translation work in Mexico. Under Guy’s leadership, a Christian school - now Grace Christian Academy - was started, and the church continued growing to become one of the first mega-churches in the East Valley.

Between 1988 and 1992, Guy served as the Director of World Medical Mission and Vice President of Samaritan’s Purse, based in Boone, NC. Following a pastorate in Danville, CA, he and Martha returned to Arizona and launched Grace Fellowship Church in Buckeye. Soon after, they founded Arizona Community Church in Tempe, where they ministered until 2002.

Throughout his life, Pastor Guy was an advisor and trusted friend to leaders of many groups and organizations, and served on the boards of Samaritan’s Purse, Food for the Hungry, Global Outreach Mission and Tempe St. Luke’s Hospital. Mission work was a passion of his. He visited over 155 countries over the course of his life. He was especially committed to the work of David and Mary Lamb and the Grace Churches & Schools in Calcutta, India.

He was quick to ask about family members, and was always ready with a word of encouragement. His phone calls, personal notes and letters - long before the era of email - reminded his congregation that he was thinking about them, and always concerned and interested about their well being and spiritual growth. It was not uncommon for him to visit someone in the hospital, perform a wedding and preach four sermons all on the same day!

In 2000, Guy suffered a catastrophic stroke. Working for years, he regained his ability to walk and talk again. With re-found ability to communicate, he was able to continue spreading his positive attitude, joy in life and was an example of how someone can be happy in spite of adversity.

Though Pastor Guy leaves a legacy of church and international ministry projects, he will be fondly remembered for his genuine love of people and his amazing memory of the details of their lives.

He is survived by Martha, his wife of 55 years; daughter Shelly and son-in-law Mark Dunn, with grandchild Caylee; son Carey and daughter-in-law Heather; and brother Mark.

Pastor Guy's Memorial Service will be held at 3:00 pm on Sunday afternoon, November 27, 2016 at Grace Community Church in the Worship Center -- with a reception to follow in the Davidson Center. Address: 1200 E. Southern Avenue, Tempe, AZ 85282.

In a final demonstration of his compassion for others, Pastor Guy donated his body to science so that even in death, he could somehow help others.

Gifts in memory of Guy Davidson may be designated for the Davidson Memorial Fund at Grace Community Church. This fund will be split 50/50 between GCC campus development and International Mission Projects, including the building of an electronic library featuring more than 1000 original sermon outlines created by Pastor Guy Davidson over the years. Pastors around the world will have free access to these resources.

I still remember his great love for people. I don't remember which year, he went to Grace Ling Liang Church, Kolkata which he had helped to build. He was a great friend to Revd David and Mrs Mary Lamb. Praise and glory to God for his wonderful life on earth, dedicated to reach out to help people in need.