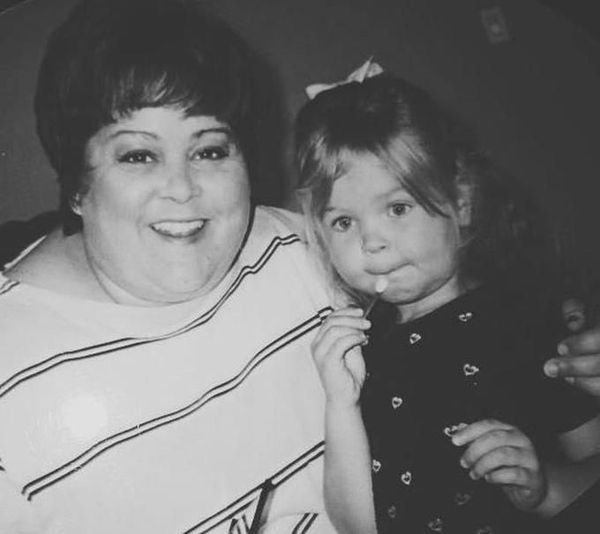 For my senior paper I was instructed to write a biography of a person who embodies the word "extraordinary", as I'm sure you know my aunt Kathy was a perfect candidate. With a few alterations the paper is as follows;

What It Means to Be Extraordinary

A piercing baby’s cry hit the air on February 2nd, 1959. Kathleen Elizabeth Beaver was born into the world to her loving parents­ Virginia and Ward Beaver in St. Louis, Missouri. How ironic that on an incredibly frigid day, such a warm and loving soul made its way into the world. I hate to spoil it for you, but that warmth inside Kathleen never died and has continued on throughout her life. That day the world was changed, and it gained an intelligent, kind, selfless, and brave person who would positively impact everyone she would come to meet.

Kathleen had two older sisters, Susan and Diane, and was the baby of the family for four years. Three girls, side by side, sisters each alike­ but couldn’t be more different. In the summer of 1963, Kathleen was four years old and preparing for kindergarten, her bright smile and curls lit up the room. Elizabeth Taylor and the Beach Boys were all the rage, and summer blazed hot with scorching heat. On July 24th, the summer heat subsided to perfect weather and to the Beaver family’s surprise was here­ their baby boy Michael was born. Kathleen was a proud big sister, no longer the baby, she beaming with joy she held her tiny little brother in her arms. Over the years Kathleen always helped her older sisters take care of her little brother Michael who was often sick and had many allergies­ he wasn’t an easy baby. Michael was diligently and lovingly taken care of by his sisters, but there was a noticeable silence coming from him. As a school teacher Michael’s mother worried that he wouldn’t talk, and subsequently sent him to a Montessori school at the age of three. That day, his first day of school, Michael came home babbling away. Come to find out that though Michael could talk, his older sisters­ especially Kathy­ took such good care of him to the extent that all he had to do was point and grunt, no need for talking! Kathleen carried on throughout her childhood and teenage years giving the exact same diligence and care she provided to her baby brother to all of her relationships. She was a loyal friend to many and her father’s little girl, selflessly and constantly caring for others. Kathy was extraordinary in character and accomplishments; her smarts and caring spirit flowed into her career path as a nurse.

“A nurse is compassion in a pair of scrubs.”­ Lexie Saige. Standing tall, Kathy looked in the mirror. Her brown curls had grown past her shoulders and her warm brown eyes stared back. At twenty-­six, the year was 1985; she found herself in Boston, Massachusetts working as a critical care nurse for heart patients in one of the coldest winters the eastern United States had ever seen. She looked around at her numerous colleagues and patients and realized that they needed food if they were going to get through this blizzard. Tightly packed, she had bound herself with as many layers she could and braved the freezing temperatures and what seemed to be endless snow. Whenever the tiny flakes fall one by one, they seem so delicate, light, and free. But Kathy had found herself fighting against something not light or delicate at all. The flakes had turned into tightly packed snow, the consistency of wet cement. The many feet of it reached to the top of her hips as she fought out what normally was a short walk, was now a difficult fight. Young Kathy, mature beyond her years, consistently showcased her courage when caring for her patients. Her bravery prevailed when she met her defining moment, a teenage heart transplant patient named Sheryl. Sheryl’s heart was deteriorating and took too long to get the proper diagnosis. She spent her days with Kathy as her nurse, braving the hospital breathing tubes and numerous surgeries with positivity, her will to hold on carried her through her battle in the middle of the December month. Sheryl had held on to her fight for so long, her heart over time had to work harder and harder to keep her alive­ and her pain had grown to its peak. Barely able to speak from all of the different breathing tubes put down her throat at various times, Sheryl laid in her hospital bed frail and weak­ holding on to her life for the sake of others. Kathy realized this and pulled Sheryl's family out of the room to talk. “Go home and get all of her favorite Christmas carols, pillows and blankets to make her comfortable.” She told them with sympathy and care. Kathy sat down with Sheryl and had an incredibly difficult but necessary conversation with her. Kathy had been Sheryl’s nurse every day of work for so long now and had grown quite fond of her. Kathy told her that she knew that Sheryl was holding on for others and that she had given her brutal fight every ounce of energy she had­ Kathy told Sheryl it was okay to go now. Two weeks before Christmas, Sheryl passed away peacefully with her family and favorite nurse by her side­ her favorite carol “Ave Maria” playing in the air. Kathleen continued to work tirelessly and compassionately for all of her patients, and always giving that same selflessness she gave to Sheryl to all those she met.

Life continued to move on for Kathy as a nurse, and her career began a new path in a medical device sales company. Her next stage of life from her thirties to forties was filled with adventure. Her area of sales started small, the midwest United States mainly. Kathy eventually worked her way up the business ladder with each promotion, continuously showcasing her impeccable work ethic. Her first international business trip to Venezuela was the springboard for her career to traveling to over 40 different countries on almost every continent. From Croatia to Italy, Egypt to Russia, China to Turkey; Kathy spent her adult career traveling, making memories, and seeing the beautiful places of the world that most could only dream to experience. Poverty is swept under the rug as a topic of conversation in the United States, and our rights as Americans are often taken for granted as they are given to us daily without question. But standing in the poverty ­stricken streets of San Paulo, Brazil where ten percent of the country’s people hold ninety percent of the wealth, she fully realized the blessings she had in life. Seeing the sullen faces and deplorable living conditions of poverty left a handprint on her heart to make the most of her days and never take her blessings for granted. In the 1990’s Kathy was sent for a business trip to the Asian communist country of China. The dirt roads were filled with bikes and animals crowding around the few cars that belonged to the small portion of rich or westerners who were fortunate enough to have one. Though Kathy over the years had found herself in all different countries, experiencing many different cultures and lifestyles, she discovered more about her own home than she had the places she traveled. With every trip, she continuously grew more and more proud to be an American, and appreciative of her life and rights she had been given. Traveling is said to feed the soul, and Kathy had become full with memories and experiences that shaped her as a person and made her who she is.

At the age of fifty-­two, Kathy’s life was balanced between her busy family and hectic work schedule. She had seven nieces and nephews at the time and was an incredible aunt, daughter, and sister to her family in St. Louis. She lived her life out every day giving to others and making the most of her moments. She was the heart and soul of her family, always there for everyone and everything; big, small, and everything in between. But that year­ in 2011, in doctor’s office, news stuck that Kathy had an incredibly aggressive form of breast cancer, with the survival rate being less than twenty percent live past the first year.

Most people would shatter. Most people would give up. Most people would wallow in the misery of why them, why now? But Kathy wasn’t most people. Kathy was extraordinary. With her medical knowledge, she knew the severity of her situation and the pain she was bound to endure with the battle ahead, but she decided that if twenty percent was the survival rate­ someone has to be in that twenty percent, and it was going to be her. She braved a double mastectomy surgery and several rounds of aggressive chemotherapy and radiation, all the while never taking a day off of work, continuously traveling and working hard at her job. Though Kathy was sick, in pain, and tired due to the war with her health, her spirit remained positive and her selflessness towards others only grew. She was, and is a brave warrior, fighting cancer with every ounce of strength she has and then some. Cancer didn’t define Kathy. No, she was a person who was kind, caring, giving, intelligent, and an important support for many. Her battle only showed her true colors, and wow were they bright and beautiful. She worked along side her brother for years helping with his football teams, continuing to use her giving spirit, medical knowledge, and compassion to help others. She fought the good fight, and fought it bravely. She never took off work, continued traveling and continued giving back to her family and friends. On November 7th, 2016 God called home his angel Kathy to be with him in heaven. That day the heaven gained an amazing woman- she lived a big, bold, and brave life.

Kathy Beaver is a daughter, a sister, a nurse, a traveler, a survivor, friend to many, and my amazing aunt. She is my hero, my role model, and my favorite person in the world. For eighteen years, she was there my whole life as someone to talk to, to hear amazing stories from, and the one person who has never failed to support me every step of the way. My greatest hope is for one day to be a fraction as brave, kind, and selfless as she has continuously displayed to me and countless others throughout her lifetime. She continues to fight her battle with cancer all the while putting others first and not letting her setbacks define her. The word “extraordinary” is defined as “remarkable, beyond what is usual or established”, and my aunt Kathy fits that description perfectly and more.  I believe in my heart that God gave me an angel to teach me about positivity, work ethic, and compassion in order for me to spread Kathy’s legacy to the world to make it a better place. How lucky am I to know and to have had a person in my life so extraordinary.