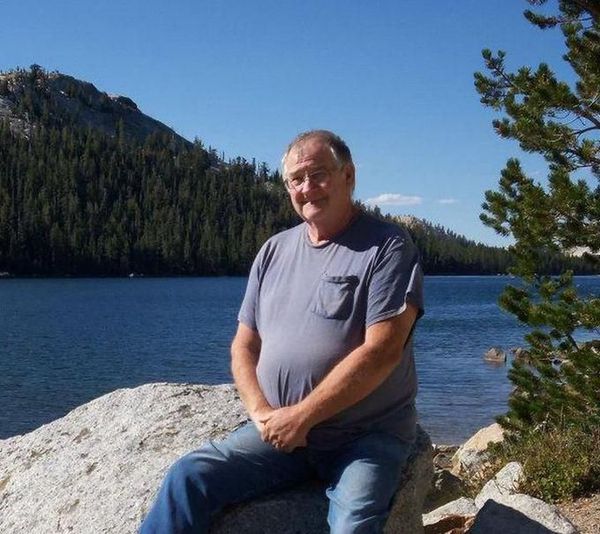 By Deana White and Elizabeth White

Grant's story begins on July 5, 1948 in Davenport, Iowa.  Grant was born to Violet and Grant White Sr., a middle child with 5 brothers and 3 sisters.  Grant spent his childhood in Davenport and graduated from Central High School.  Following graduation Grant joined the Marine Corp, where he received an honorable discharge.  He was very proud of being a veteran.

Skateland in East Moline, IL is where Grant would meet the love of his life, Deana Zentz Skelton.  Grant and Deana had a whirlwind romance and married on February 1, 1976.  Grant managed a gas station early on in his life and was known as the Mad Irishman in wrestling for a short time.  After finding his passion for construction, Grant spent many hardworking years proudly improving people's homes.  The White family relocated multiple times through the years, which was always a new adventure.  During Grant and Deana's marriage, they had six children.  Heather Danielle (passed on in 2010), Kristy Ann, Elizabeth Kathleen, Brian Joseph, Nicole Marie and Grant Richard.

Grant enjoyed his many adventures ranging from camping, panning for gold, flea markets, caring for horses, raising boxers, to meeting new friends.  Grant was fond of telling his life stories and giving advice to all he met.

Through having injured knees during training for marine corp and being told he would never walk again, Grant overcame obstacles and pushed himself.  Excelling at being accident prone, Grant often found himself with a bump or bruise and a story to go with it to teach others.

In his retirement years, Grant enjoyed gold panning,  the sports book, watching football and wrestling,  doing Wii bowling with friends at the VFW and spending time with family and friends making memories.

Throughout Grant's life he loved to be Santa and bring smiles to faces.  One of Grant's favorite movies was Chevy Chase Christmas Vacation.

Grant will always be known for being a Family man and a veteran.  Grant's passion for life, laughter, and togetherness will not end with his passing.

I learned a lot from Grant(The Mad Irishman) White and still use what he taught me when running siding. I bend my own metal and maitre everything. I grew up in the QC and missed very few AWA wrestling events at Wharton Field House. Superstar Billy Graham was also a family friend. In real life Grant wouldn't hurt a flea. I remember his wife doing arts and crafts for the flea market. If you could build a sawhorse, that was all the resume you needed.If you did want to see Grant get riled up, start getting sloppy on the job. No shortcuts. Man, I loved that old blue F150 4X4 we got from Car Mart. My brick mold bends are always perfect. Thanks for teaching me, Grant. Lee PS, I can visit QC and still see the work we did after all these years.