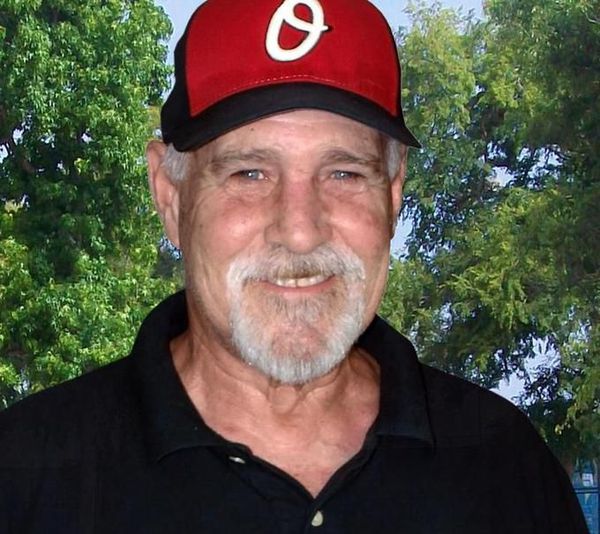 William “Bill” Maynard, son of stuntman Kermit Maynard and nephew of cowboy star Ken Maynard, passed away at his home in Van Nuys of an apparent heart attack.  Bill was a UCLA Alumni (class of 1965) and a proud member of the Beta Theta Pi fraternity.  His professional career spanned over 40 years: first as a commercial interior designer and finally as a set/production designer for film, TV and stage.  Bill was a lifelong baseball fan, a player and a coach.  For nearly a decade he served as Assistant Coach for the Oakwood School high school baseball team in North Hollywood.  Bill is survived by his beloved son Michael William Maynard. He will be dearly missed by his friends and colleagues.

I went from to school with Bill from kindergarten thru high school.. I will always remember the horse (his father's I believe) who lived in his front yard at their house at Riverside and Coldwater.. I am very sorry to hear of his passing.

Bill was my older cousin and my "tour guide" during my first visit to LA many years ago. We had a wonderful time together then and still enjoyed chatting via phone throughout the years. It is so sad to know he is gone and won't ever again be on the phone saying " well, darlin' take care and call me sometime".

From Malcolm Leo, May 10, 2013, for Bill's 70th birthday. Thanks to Malcolm for sharing this at Bill's memorial!

"The Guy Had Elvis Hair"

Bill Maynard and I shared a love for baseball, rock 'n' roll, and Elvis.
If memory serves Bill was part of the group of us who saw Elvis in '57 at the Pan Pacific Auditorium in Hollywood. We were still in Jr. High. Every kid on the block wanted to rock like Elvis. Every kid in school wanted to be cool like Elvis. Every kid wanted Elvis' hair. Bill Maynard had Elvis hair... and I was jealous as fuck that he also looked like Elvis. I tried to comb my hair like Bill's but it just wasn't making it. I got even though when I directed This Is Elvis - - but by the end of the picture I had seen so much footage of Elvis it didn't matter anymore. Elvis is gone, Bill is still here, but his hair is gone. Go figure. Love ya buddy. Happy, Happy Birthday. (The one by the Tune Weavers)
Handsome Mal.

"Hey Mal, Where Do You Want This Flat?"

Bill was the set decorator on several specials we did together. On the Laverne and Shirley Reunion, during rehearsals and dressing the set, Bill yelled out the above and the whole crew and cast including Penny and Cindy looked at me and you could hear Penny Marshall say "Mal", what kind of name is that? Today I cherish that Bill and guys from back in the day still call me that. Nothing but happiness Billy.

One of the most special qualities in Bill was his constant excitement in telling you about anything that interested him. He always was smiling when telling me, known to Bill as Clark Bar,
about a singer or movie that he found to be good. His joy also shut out negativity, I never knew him to be critical of anyone.

A good man to be sure,