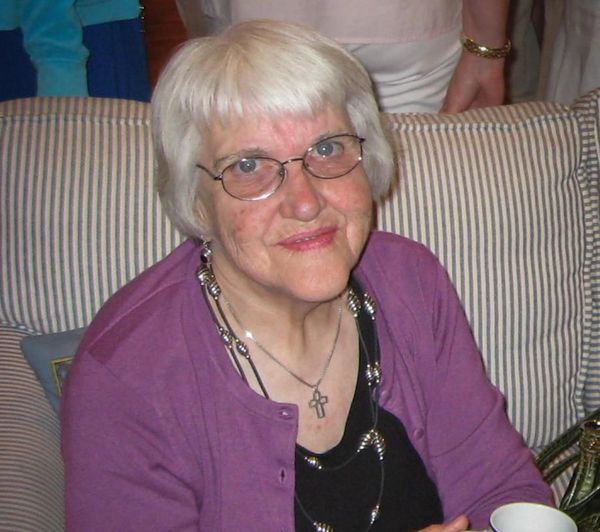 Birgit Maria Trygg, 91, of Cupertino, passed away peacefully in the early morning of Tuesday, November 22nd at Sunny View Manor in Cupertino, CA.  She was born on April 12, 1925 in Stenstorp, Sweden, to her loving mother Karin Hofling.  She married her loving husband John “Bill” Trygg on August 17th, 1946.  She leaves behind Bill and their three sons, Leif of Ashland OR, Olof of Bainbridge Island WA, and Bob of Mountain View CA. She is predeceased by her youngest son, Ken.

Birgit and her husband Bill, along with their sons Leif and Olof, immigrated from Sweden to Minnesota in 1951, before settling in Cupertino in 1957.  They later moved to Los Gatos, then upon Bill’s retirement, moved to Seattle, where they enjoyed 23 years of time spent with friends, family and volunteering at the Nordic Heritage Museum in the Ballard area of Seattle.

In 2010 they left Seattle and spent 3 years at the Mountain Meadows Retirement Community in Ashland, Oregon before making their return to Cupertino and the warm and caring environment of Sunny View Manor, where Birgit had spent time as a volunteer some 50 years earlier.

More than anything, Birgit cherished time with family and friends.  Her greatest joy was being a mother and homemaker and she enjoyed making meals for holiday gatherings and family events.

Her time volunteering at the Nordic Heritage Museum in Ballard saw her spending countless hours in the kitchen, cooking her legendary Swedish Meatballs or hundreds of Swedish pancakes for museum events.

Birgit is also survived by her grandchildren, Katja, Jenny, Melanie, Spencer, Christine, Nick and Alex, as well as great-grandchildren Jane and Jenna.

Memorial gifts may be made to the Humane Society, which Birgit donated to regularly.

The Neptune society, San Jose, has been entrusted with arrangements.

I was lucky to be one of the Trygg's neighbors in Cupertino. Birgit was always kind to me , always calm and made the best grilled cheese sandwiches.However, the Trygg's dog pokey would bite me every time I visited.

Our condolences to the Trygg family. We always adored Birgit and her gentle disposition. She was a role model mother and wife who leaves behind many fond memories. The Heneweer family.

I just wanted to send my condolences to all of the Trygg family. Birgit was a very sweet person who's kindness has been passed down to her sons and all of their families.

Every visit started with Birgit and Bill´s arrival at Gothenburg where they were picked up at the airport by my father Gunnar or myself and further to my parents home with traditional lunch prepared by my mother Birgit. Same procedure when leaving back to US.
Usually Birgit and Bill stayed and relaxed for a couple of days before they headed on for old Skaraborg sometimes by a rented car and occasionally together with me if my job permits (before mob.phones).

It was always with real joy I used to take Birgit and Bill in my car up to Skaraborg. Started from Gothenburg and passing by-Alingsas-Vargarda-Floby-Falkoping-Stenstorp/Skovde.
We shared with excitement every minute of the trip. When we passed Floby and the mountain of Mosseberg was in full sight ahead of us we all got the extra homeland feeling which further escalated when we entered into the real mountain landscape of Falbygden.

Birgit and Bill stayed with other relatives and friends in Skulltorp, Skovde and Stenstorp (Ranstad) with regular visits at Blombacka my grandmother Hanna´s farm in Brunnhem. Once we went up to the top of Brunnhemsberget via the old soldiers trail "Knektastigen" used by soldiers from Brunnhem as a shortcut on their way to soldiers drill at the Axvalla Hed close to Skara.

The Farm Mossagarden(Marbacken) now named Marbacksgarden in Brunnhem, Stenstorp close to the mountain Brunnhemsberget is the real family background for Birgit.
Birgit´s grandmother Maria born in 1863 and her sister Mathilda born 1865 (later married Isak Latt) were the sisters of my father Gunnar´s grandfather August born in 1855. Parents Anders Johansson born 1828 in Haggum and Cajsa Hindricksdotter born 1829 also have the children: Sara, Johan and Haqvin.

The farm was inherited by Kajsa Henricksdotter from her stepmother Kerstin Andersdotter when the farm was legally shifted out from the old Brunnhem village in the year of the 1853-55, about 3 km north of the village.

Birgit was keeping up strong ties between America and Sweden during all the years and kept everybody regularly updated of family matters. She was always interested in what happened in Sweden. Longing to Sweden were always close but for Birgit the own family and their well-being comes first at all times.

Sending our warmest thoughts in sadness from our family to Bill and the whole Trygg Family and it is with great hounor we will remember Birgit.

The Odh Family of Gothenburg - Sweden
by Rune Odh

I was Bill and Birgit's Caregiver when they lived at Mt. Meadows in Ashland, Oregon.I had the joy of being their driver and coordinator for a number of trips. We went to Bend and Portland to visit their grandchildren, trips to the coast, Mt. Ashland, and spent time touring around Cupertino when they made their journey full circle and moved back.

They were easy going, kind, open, and ready for adventure! They set such a great example for what growing older, even with limitations, could be like.

I saw Birgit has a strong, courageous, fun-loving woman, with an unforgettable infectious laugh! I will carry her spirit with me always. 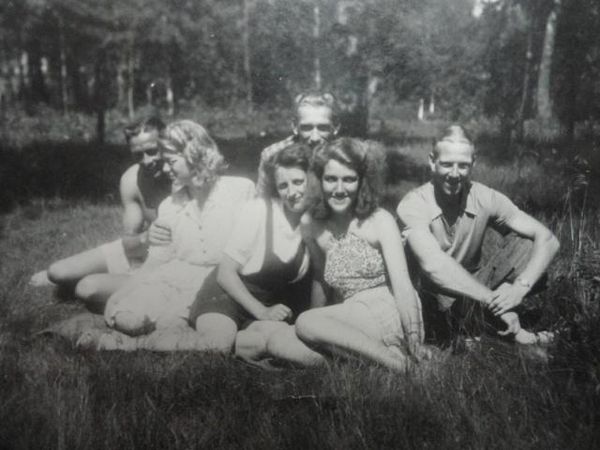