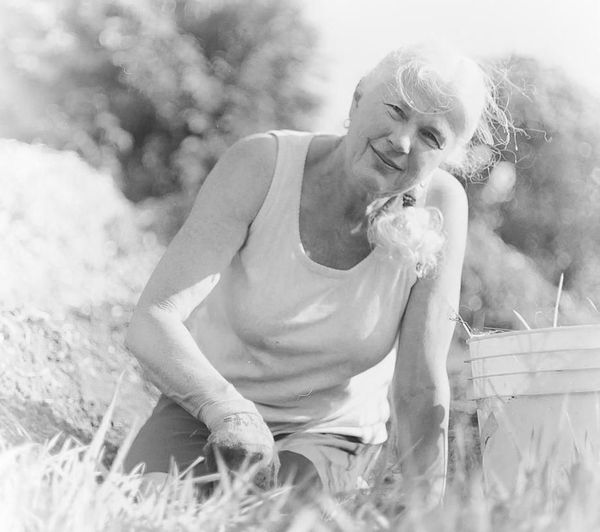 Jeannie Sullivan, 65, courageously and gracefully ended her struggle with cancer at 7:15 a.m. on Friday, December 9, 2016, exercising her right to die with dignity surrounded by the love of her family in the comfort of her home in South Corvallis.

Born on March 7, 1951 in Schenectady, NY, Jeannie was the third of four siblings born to parents who ensured their children were exposed to time spent outdoors balanced with culture and science. She called her childhood "very fortunate."

Among her earliest jobs was reshelving books in her local library when she was twelve. This helped foster an early and deep love of reading and literature that endured throughout her lifetime.

Jeannie was one of three students from her high school selected to spend a summer abroad. She chose to live in France, and this experience influenced her life in many ways, including earning a bachelor's degree in French from Indiana University in 1972, as well as several trips to Europe.

After receiving her bachelor's degree, she completed a two-month course at the prestigious Katherine Gibbs Secretarial School in Boston. During this time, she met her life partner and husband of 42 years, Russell M. Sullivan, when he asked her to dance at a Boston club. They lived three years in West Virginia, where Jeannie worked as executive secretary to the president of the Charleston Newspapers, before moving to Seattle, where she worked as an executive secretary for Frederick & Nelson, Coopers & Lybrand, and other firms.

In 1989, daughter Natalie was born, and they relocated to Corvallis, Oregon, selecting the city as an ideal place to raise a family and start a vegetarian café. Although Planet Café didn't happen, Jeannie contributed to the success of Terra Pacific Writing Corporation (now Translations.com), where she served as office manager until she co-founded Artistic Finishes with her husband and focused her artistic talents on faux finishing, as well as painting houses, transforming many homes and businesses, both inside and out.

In May of 1999, 6-yr.-old Jessica joined the Sullivan family through the Oregon Foster Care Program, and in 2001, the family adopted Jessica as their daughter and Natalie's sister.

This past May, Jeannie traveled to Europe with her husband and two daughters on a trip funded by the generosity of friends, family, and acquaintances who came together in support when medical bills erased the family's savings that had been earmarked for a long-awaited Europe trip.

Jeannie had a passion for gardening and over the years transformed the corner lot surrounding her home into a sprawling vegetable garden bordered by a park-like setting she created using both edible and ornamental plants that she constantly nurtured, including two olive trees. Neighbors and strangers often stopped to marvel and talk with her about her plants. She loved flowers and always had fresh bouquets in her home. Three lilac trees will be planted outside the house in her memory.

Jeannie was very committed to healthy food - growing, canning, freezing, and drying large amounts of food for the winter months. An excellent cook, Jeannie offered cooking classes to neighborhood children and participated in weekly cooperative meal exchanges in the neighborhood.

In addition to her fluency in French, Jeannie was also an artist, creating paintings, greeting cards, and even writing a full-length novel. She loved to entertain and bring people from varied backgrounds together. Her home was often the neighborhood gathering spot, and the fire rings the Sullivans hosted in their yard became legendary in the neighborhood, as did the fact they give out full-sized candy bars at Halloween.

Jeannie was always friendly, welcoming, generous, and saw the positive in everything and everyone. Children loved her because of the attention, caring, and gentleness she showed them.

More than anything else, she loved her two daughters, Jessica and Natalie, and was fortunate to live only a few blocks from them during her two-year struggle with cancer.

She believed deeply in living simply and always emphasized family, community, generosity, and pragmatism. She approached her own death in this same simple and pragmatic way, coupled with extraordinary courage and grace, choosing to exercise Oregon's Death With Dignity Act when the pain became intolerable. In September, she decided to forego additional chemotherapy so that she could spend her final months with family and friends in the comfort of her home instead of a hospital. Her example of how to face the end of life with dignity is a gift to all who knew her.

Ever giving, Jeannie donated her body to science in hopes of helping others find new ways to improve life.

Jeannie was preceded in death by her father, D. Luther Martin. She is survived by her mother Emma Martin, husband Russell Sullivan, daughters Natalie Sullivan and Jessica Sullivan, and sister Barbara Glover, all of Corvallis, as well as sister Sally Sorenson of Bend, and brother James Martin of Basel, Switzerland.

A memorial service will be held on Thursday, December 22nd at 10 a.m. at the Unitarian Universalist Fellowship in Corvallis, Oregon.

Anyone wishing to make a donation in Jeannie's honor can make one to the Transitions Program at Benton Hospice Service.

To see photographs from Jeannie's life, click on "LifeTimeline" above.

Five days before Jeannie's death, Gregg Kleiner interviewed her and, despite his deep sadness about the impending loss of his dearly loved friend of more than 25 years, penned this beautiful summary of her life.

Russell, Natalie and Jessie,
What a beautiful woman Jeannie was, and will remain to so many of us. I am so sad for you all. And I'm so thankful that you all had such quality time together. I so fondly remember her smile and hold dear the many lessons she taught me when we lived there. Knowing her has made me a better person. Hugs and much love to you all.