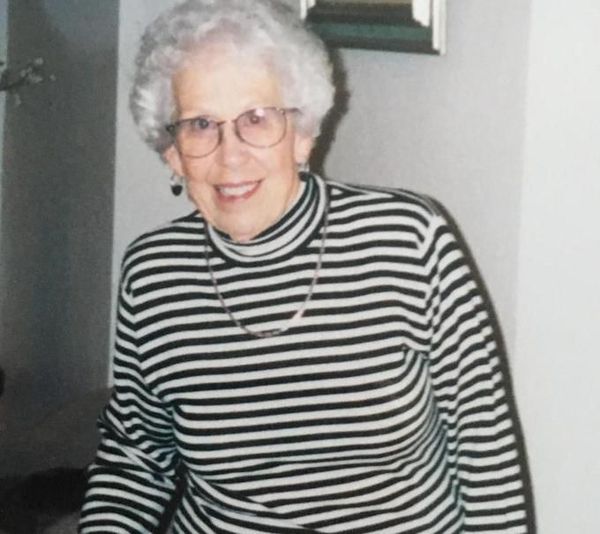 Irene Lillian Turner, of Sacramento, CA, died peacefully on December 8, 2016, in Sonoma at the home of her loving daughter Tamera Honeybourne, after a long and brave battle with dementia. A beloved wife, mother and sister, she survived her husband, Raymond Turner and her dearest brother, Frank Austin. She was 96 and survived by her four children and their spouses, Raymond and Pamela Turner, Tamera and Will Honeybourne, Randal and Rosemary Turner, and Sandra Turner and Ronald McLaren, as well as nine grandchildren and eleven great grandchildren.  Irene was born to Louise and Orville Austin in Sacramento on March 29, 1920.  She endured a difficult childhood, being brought up in foster and boarding homes, after her mother died when she was only nine years old.  She came of age during the Great Depression in Los Angeles and pursued a self-taught career as a hairstylist, supporting herself at the young age of 17. After marriage and the Second World War she and her husband Ray settled in Sacramento where they raised their children and where Irene worked in Town & Country Village area salons. During her 70-year career that spanned styles from 1930’s Greta Garbo finger waves, to 60’s bee hive up-do’s, to modern cuts and blow-outs, Irene remained current and a popular stylist until her retirement at 87.  As an active senior, Irene’s love of travel and adventure transported her to Europe, China, Central America, Canada and Alaska; but her favored trips were domestic visits to Reno, Houston, Washington and New York to see her children and grandchildren. For all who knew her, Irene inspired joy and laughter through her boundless love of life (and a good joke), kindheartedness, and unwavering good cheer. “You, Irene, are indeed our dearly beloved mother, grandmother and friend, and will remain as such in our hearts forever.” Irene will be interred alongside her mother at Odd Fellows Lawn Cemetery, Riverside Blvd. In lieu of flowers, online donations may be made in her name to The Amazing Place (www.amazingplacehouston.org), a truly amazing day center for adults with dementia, which so lovingly helped Irene and her family for many years. Personal notes can be left at lifeposts.com, under Irene Lillian Turner Memorial.

Never a more generous, kindhearted woman than Ms. Irene. Her warmth and good humor continue to radiate even as she joins the ancestors. Thank you for the gift of your lovely daughters and your inspiring grace in the toughest of times.

She was a bright star in my and family's life ! Ever day I was with her she had me laughing ! When I think of I will all ways smile !! I can all ways say she was a truely a real friend of mine ! We shared so so many wonderful great times !! My love and prayers are with all of you thank you for sharing her with me !!!😂😂😂😂

Thank you Connie. She loved
you and all her friends from "the shop." Definitely an era and a group of friends I will always remember fondly. love to you and your family -S