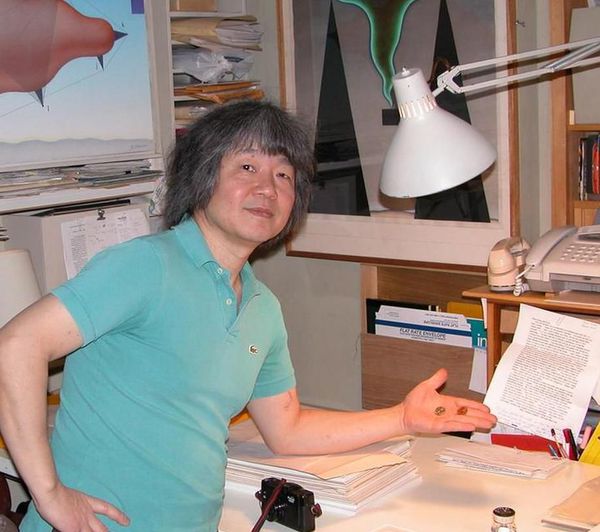 Kenji Nakahashi was born in Gifu Prefecture, Japan, on July 11, 1947 and died in New York City, on January 3, 2017.  He was raised in Nagoya and graduated from the Aichi Prefecture University of Fine Arts and Music. Kenji first arrived in New York in 1973 to launch his career as a prolific artist who produced artworks in various forms: drawings, paintings, photography and prints.  His primary goal was to freely express his artistic spirit and to have his artworks enter museum collections in the United States.  He took great pride and pleasure in traveling to museums to meet directly with curators and show them his artworks.  As a result, works were either purchased or donated, and his “Collections List,” as he called it, is extensive: Yale University Museum, Special Collections of the Philadelphia Museum of Art, Museum of Contemporary Art (MCA Chicago), Spencer Museum of Art, Brooklyn Museum, New York Public Library, the Library of Congress, among many other institutions.

In 2009, Kenji was diagnosed with multiple myeloma and fought courageously to survive this devastating cancer of the bone marrow.  He married Gratia (Sandy) Williams in 1986; they remained together until his untimely death.  Kenji is survived by many family members in Japan, including his mother and sister.

For memorials, please consider making a contribution in Kenji's name to the International Myeloma Foundation.

What follows is a lovely note from friends Virginia, Nancy, Bill,  Matthew, Anne, and Adam, all wanting to express their admiration for Kenji as well as share some collective thoughts and memories. It was read at Kenji's funeral, Green-Wood Cemetery, Brooklyn, NY, January 6, 2016:

"First,we would like to pay homage to Kenji the artist.  Every year we were privileged to receive one or more of Kenji's Christmas photographs.  They all seemed to offer a quirky, humorous and often piercing insight and perspective.  Often times he made us see the ordinary in an extraordinary way or see beauty where we would least expect to see it.  Kenji had an amazing talent.

"Then there was  the fun-loving Kenji.  The Kenji who taught Bill, Matt and Adam the balance game.  The Kenji who always had the mischievous glint in his eye especially when he was telling a tale on Sandy.  The Kenji who would use every inch of space in the apartment for his photography ( or was that the exasperating Kenji?).  To be around Kenji was to be entertained yet often exposed to a new perspective, all the while disguising his viewpoint by referring to that of "Japanese people." His infectious laugh was ever present in the telling of a story but one had to listen closely as the tone could suddenly take a serious turn.

"Finally there was the cultural Kenji.  Kenji showed us the grace, dignity and intellect of the Japanese people.  Although he seemed to embrace America, there was always something very old-world about Kenji.  Through Sandy's studies and job  and getting to know Kenji, we all developed a deep respect for him and his culture.  Adam wants you to know that in May he is going with some friends for 2 weeks to visit Japan.  He is going to Tokyo, Hakone/Mt. Fuji, Kyoto, Hiroshima, Nara, Osaka, Kanazawa, and Matsumoto. He will say a prayer, light a candle in Kenji's memory  at one of the shrines he visits .

"Kenji's  spirit will remain in our hearts and we are better for having known him. We will miss you, Kenji."--the Watson family

Tap the arrow for a slide show of Kenji's artwork. 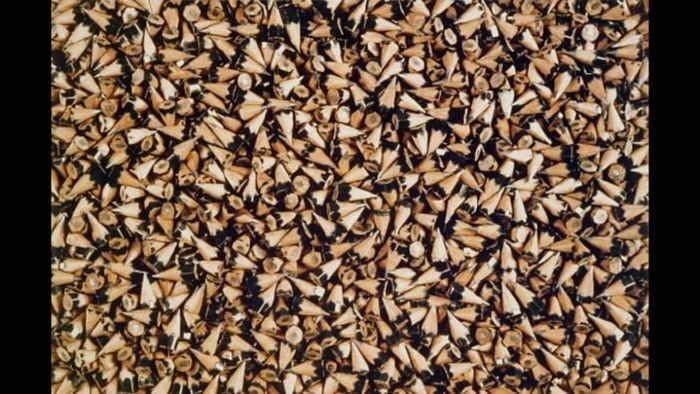 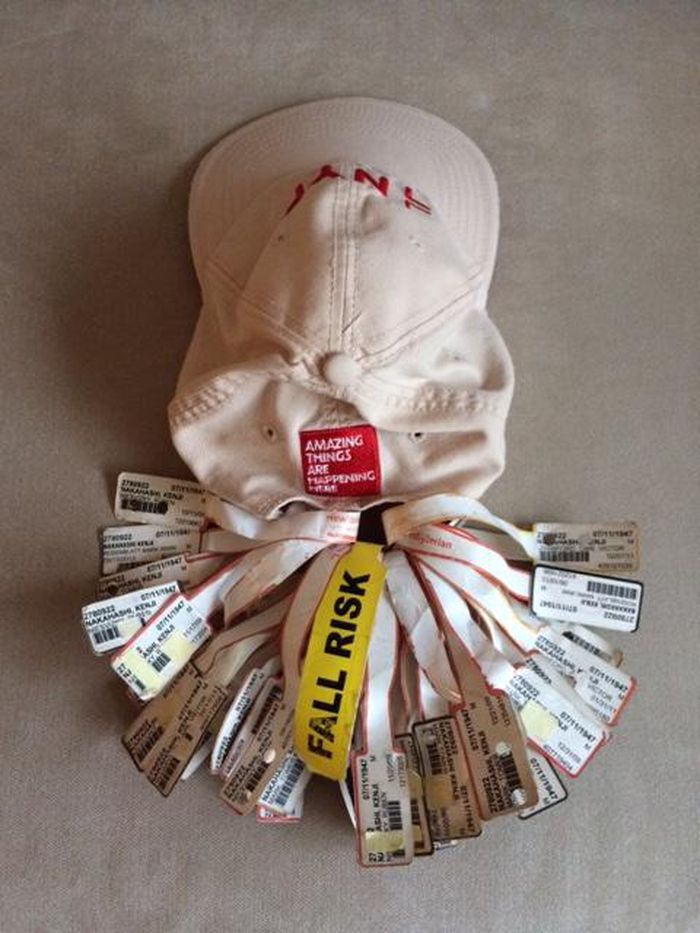 Kenji's "hospital hat" is a poignant symbol of his valiant efforts to battle multiple myeloma for eight years.

Kenji-san was a creative and ecclectic artist and craftsperson whose energy, sharp eye, and sense of mischief seemed to know no bounds. From his canvases, drawings, and photographs to the amazingly "sculpted" bento meals he assembled for his wife Sandy, his work exhibited a strong feeling for design, similar and dissimilar shapes, and occasional humorous commentary. Kenji never did anything by half.

What an amazing guy! I got to know Kenji at the clinic over the two years before his passing and I always, always enjoyed our conversations which would meander from his explorations in Chinatown to his youth in Japan. I considered Kenji a friend and looked forward to our happenstance conversations while at the Myeloma clinic. Safe passage and god speed Kenji.
Andrew Larew-current patient at the MM center.

This photograph, like the one at the top of this website, was taken on a memorable day in November 2004, on my fist visit with Kenji. We spent most of a day looking at his graphic art and talking about his career. This visit cemented our friendship. He shared a broad spectrum of his work in various graphic media and talked about his early years in Japan, his move to the U.S. and his photographic work. This was the first of several visits, two in his home studio, one over lunch in New York City, and one at the Spencer Museum of Art in Lawrence, Kansas. Just prior to this photograph I think we were talking about meaning and how we understand what we see when he introduced me to his rare copper nickel, which he is showing in this photograph with a regular nickel for comparison. I asked if I could take his picture showing the coins and he struck a pose to oblige. Throughout his work, in any medium, Kenji was meticulous in regard to technical excellence and an enigmatically complex simplicity of meaning. I regret that I did not find more opportunities to spend with Kenji but am grateful for the time we did have and which we enjoyed tremendously. 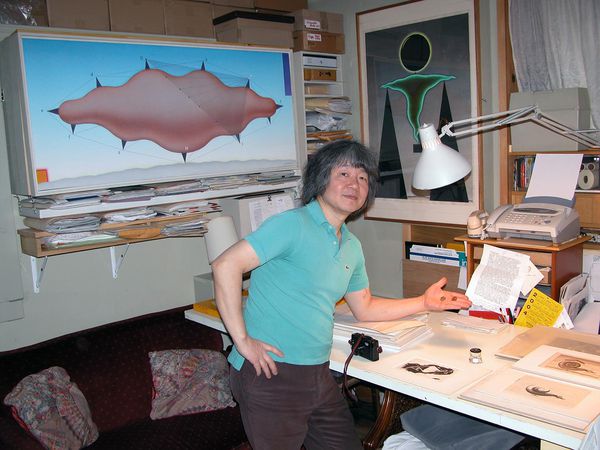