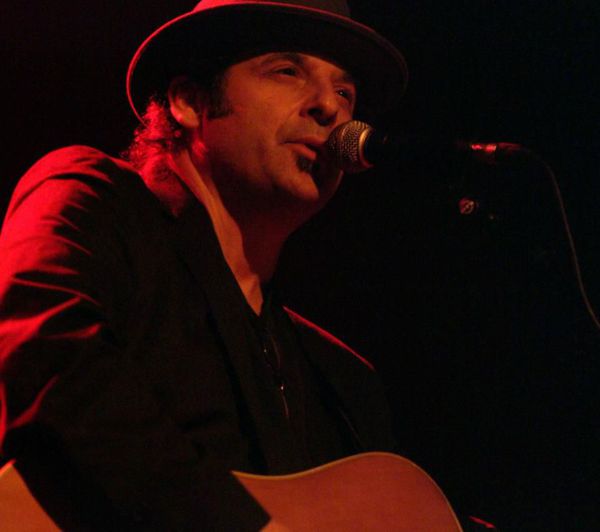 Greg Trooper, a prolific American singer/songwriter passed away at Mount Sinai Hospital in New York City on the morning of January 15, 2017. He died in the arms of his wife of nearly 30 years, Claire Mullally, and their son, Jack Trooper.

Highly lauded in the Americana music scene, Greg Trooper was a productive and literate singer/songwriter, releasing thirteen albums, and performing in venues throughout the U.S. and Europe. He was known for his affecting and compelling songs and performances and for a resonant and emotional voice.

A typical Greg Trooper performance included an audience composed of diehard fans who knew every word and neophytes often surprised by the talent they had stumbled upon in a local club. His storytelling abilities were as keen as his musical talents and the often humorous lead-ins to his songs were as memorable as the songs themselves. Trooper was always a professional, but was never above giving a shout out to an adoring fan or friend who had driven miles for a performance. He was gracious and generous to colleagues, supporting younger songwriters and inviting hopefuls to open for him.

Trooper was born in Neptune, New Jersey, on January 13, 1956, and was raised in Little Silver, New Jersey.  He was the son of David S. Trooper, the Art Director for Reader’s Digest Books for many years and Rita Myer Trooper, owner and baker at Rita’s Pastries in Red Bank, New Jersey.

As a child and teen Trooper sang and began playing the guitar and harmonica. He simply adored music and songwriting and knew from a young age that he wanted to follow in the footsteps of his musical heroes. He moved to Austin in the ‘70s, soaking up that city’s budding Texas singer songwriter scene and then to Lawrence, Kansas, where he attended classes at the University of Kansas and started penning his own songs. Returning to New York in the early ‘80s, he worked the clubs and bars of NYC and the East Coast developing his craft and building fans. Soon he was performing throughout the U.S. and Europe, signed to music publishing deals and making records.

In 1990 he married Claire Mullally, a singer and lawyer from Brooklyn. He and Claire have one son, Jack. A publishing and recording contract brought them to Nashville in 1995, where they raised Jack while enjoying that city’s rich musical community until returning to NYC in 2008.

Greg was passionate about his family. His close bond with his son inspired those around him to be better parents themselves. His humor was infectious and disarming and he brought an immeasurable and soulful vitality to all who knew and loved him.  A lover of life—music, movies, baseball—he was affectionately know as “Troop” by his friends.

In the months before his passing, Trooper was at work in the studio with producer and friend Stewart Lerman recording his fourteenth album which will be released in the coming months. 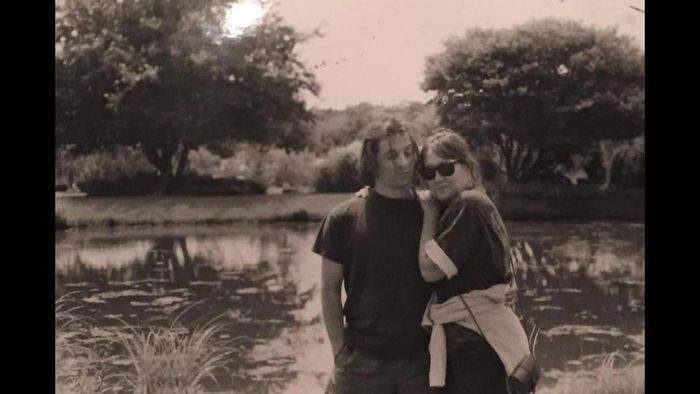 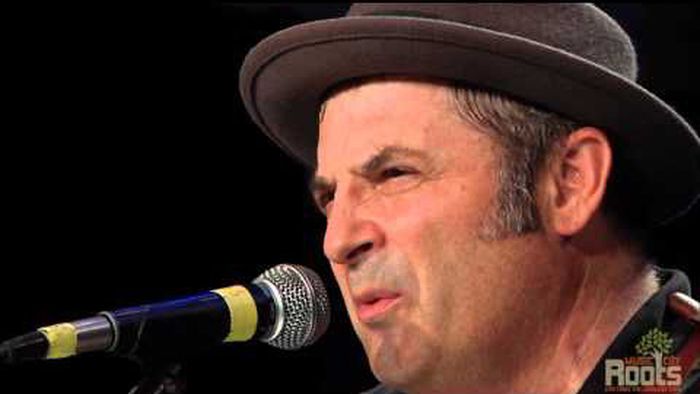 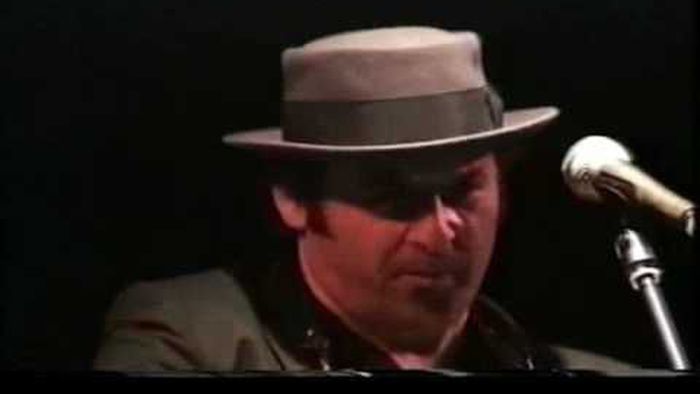 Greg Trooper (January 13, 1956 – January 15, 2017) was a singer-songwriter, whose songs have been recorded by many artists, including Steve Earle, Billy Bragg, and Vince Gill.

Trooper was born in Neptune Township, New Jersey, and raised in nearby Little Silver. As a teenager in the early 1970s, Trooper would frequent the folk clubs of Greenwich Village taking in the burgeoning singer/songwriter and blues scene. In 1976, he moved to Austin, Texas, and then to Lawrence, Kansas, where he entered college at the University of Kansas and continued to hone his guitar, singing, and songwriting skills.

Trooper moved to New York City for the 1980s and part of the 1990s, where he formed The Greg Trooper Band along with Larry Campbell on guitar, Greg Shirley on bass, and Walter Thompson on drums. During this time he recorded his first two records: We Won't Dance on Wild Twin Records in 1986 and the critically acclaimed Everywhere produced by Stewart Lerman. He also met songwriter/publisher Earl Shuman, who secured Trooper's first publishing deal with CBS Songs. Trooper's records caught the attention of Steve Earle, who recorded Trooper's "Little Sister," and Vince Gill, who covered the title track from Trooper's "We Won't Dance" on his 1989 release "When I Call Your Name".

In the early 1990s, Trooper met fellow New Jerseyite and E Street Band bassist Garry Tallent who, like Trooper, would move to Nashville. Tallent produced Trooper's 1996 album Noises in the Hallway and released it on his D'Ville Record Group label. Popular Demons followed in 1998, on Koch Records and produced by Buddy Miller. After the release of that album, Trooper signed with Nashville indie Eminent Records, which released Straight Down Rain in 2001.

2002 saw the release of Trooper's first live record Between A House and a Hard Place – Live at Pine Hill Farm with Eric "Roscoe" Ambel at the controls. He moved on to the esteemed Sugar Hill Records label in 2003 with the release of Floating followed by the Dan Penn-produced Make It Through This World in 2005. Back Shop Live, another live recording, was released in 2006.

In 2008, Trooper moved back to New York City and in 2009 put out the previously unreleased 1995 recording The Williamsburg Affair. In 2011 he released Upside-Down Town on 52 Shakes Records.

In August 2013, Trooper released his album Incident on Willow Street, also on 52 Shakes Records. According to Trooper, "In these songs, there seemed to be characters that were trying to break away from a bad situation into a better situation or trying to grow out of a stale and stagnant life into a richer life."

Trooper died of pancreatic cancer on January 15, 2017, two days after his 61st birthday. Here's the write up in Rolling Stone.

I saw Greg at the Sid Griffin & The Coal Porters gig (bottom left) in Edinburgh. It was such an important gig for me. Greg took my breath away. I got into Americana music and have always performed 'My Bluebell'. Very sad. RIP. 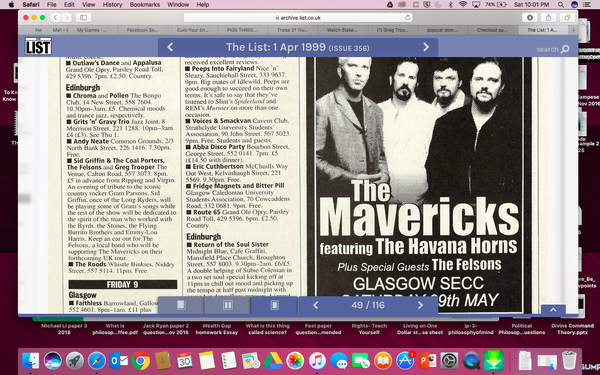