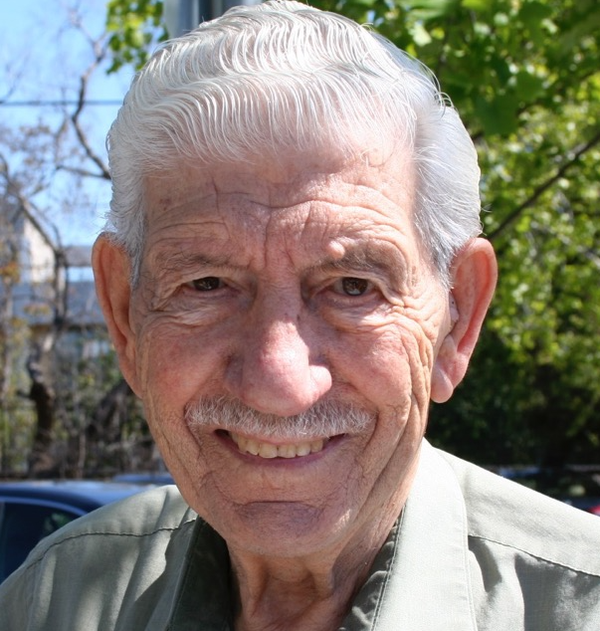 Antoni was a fearless and honorable man.  The first of four brothers, not only could he shoulder his family’s war burden, he could lift other men’s spirits.  He brought his strength, clarity and love to his adopted United States and leaves this world a proud American patriot.

Born in the village of Vrysses, Apokoronou near Chania on the island of Crete, Greece around 1923, Antonis had skilled hands, a nimble mind, and an unquenchable thirst for freedom.  He abhorred dictators and demagogues.

Antoni refused to join the Hellenic youth fascist movement during the Metaxas regime, leading at age 14 to the end of his formal education thanks to small-minded high school administrators.  In 1941, he fought Nazis in the Battle of Crete and continued the battle as an underground guerilla against their occupation army. At great personal peril, he widely distributed anti-Nazi propaganda leaflets and later fought with British commando Patrick Leigh Fermor.

Antonis showed moral courage in many ways, but one incident stands out: While transporting a Nazi officer prisoner of war, Greek guerillas intercepted them to kill the German.  Antoni shielded the POW, saying “if you want him, you have to shoot me first.”  His mission, honor, and moral stand were paramount. In 2012, he and the Honorable Ben Gilman were given the “Greatest Generation” award at the National WWII Memorial in Washington, DC.

World War II forged a deep friendship with fellow soldier Constantine Mitsotakis, who became Greece’s prime minister in 1990. His son and daughter-in-law named a Stanford University academic chair in Hellenism and American Democracy in honor of Mitostakis in 2005.

Greece’s devastating Civil War followed WWII and Antoni joined the Greek army, working with British forces in Northern Greece. At war’s end, he returned to Chania, Crete, where he built a commercial bus from pieced together scavenged parts and burnt out hulks of military vehicles.

Life on the war-torn island remained hard when he and his young bride, Vaso, left for America as refugees with the World Council of Churches.

Once the young couple arrived in San Francisco, with one suitcase, Antoni quickly got a job as a Greyhound bus mechanic, despite his inability to speak English.  On the weekends, he would either drive taxis for Home Cab or work at the Zenith Bar at 3rd and Folsom in SF’s old Greek Town.  On weeknights, he took English language and citizenship classes at Mission High School.

Antoni eventually bought a dump truck and became a construction working, owner-operating Teamster.  He helped other family members buy their own trucks and join the business.  His industriousness kept him at multiple jobs and ventures, becoming a part owner of Dewey Market in Forest Hill and owning Tony’s Olympic service station in the Bayview.Despite his many jobs and long hours, he was always there for his friends and family.

He never feared work. Nor did he fear anything, for that matter.  Including death.  When contemplating the state of death, he would cite the author Nikos Kazantzakis epitaph, “I hope for nothing, I fear nothing, I am free.”

Unschooled, but well educated in the ancient Greek classics and philosophy, he maintained a strong and clear perspective on the ephemeral beauty of life.  He understood the importance of family, honor, democracy and freedom.  Antoni treated rich and poor equally and privileged those who respected knowledge and understood history.  He was a sage mentor to many in the Greek community and served as General Secretary of the National Pan-Cretan Association in the 1960s and multiple terms as President of his local Epimenides/Ariadne chapter from the 1970s to 1990s.

America gave him a new life, a healthy family, work opportunities, and precious freedom.  He underwrote university tuition for his kids on a truck driver’s salary and took immeasurable pride in his family’s advanced educational achievements.

He is survived by his brother, Vardis, of Athens, Greece; his son and daughter, Markos Kounalakis and Diane Kounalakis and their spouses Eleni Tsakopoulos Kounalakis and Jeff Baxter. He was a constant presence, friend and teacher to his four grandchildren, Antonios and Victoria Baxter, Antoneo and Evangelos Kounalakis. His extended family include in-laws, countless cousins, nephews and nieces, and godchildren in San Francisco, Modesto, Salt Lake City, Connecticut, New York, Denmark and his native Crete.

He fearlessly fought his last battle. May his memory be eternal.

Friends and family are welcome to visit Friday, January 25th, from 6pm - 7pm for the viewing at the church. The Trisagion Service starts at 7pm at the Church of the Holy Cross, 900 Alameda de las Pulgas, Belmont, CA. Funeral services will be held on Saturday, January 27th, at 11 am at the Church. In lieu of flowers, donations can be made to the Pancretan Association of America at www.pancretan.org or, in memory of his wife, Vaso, to the Alzheimer’s Association at www.alz.org.