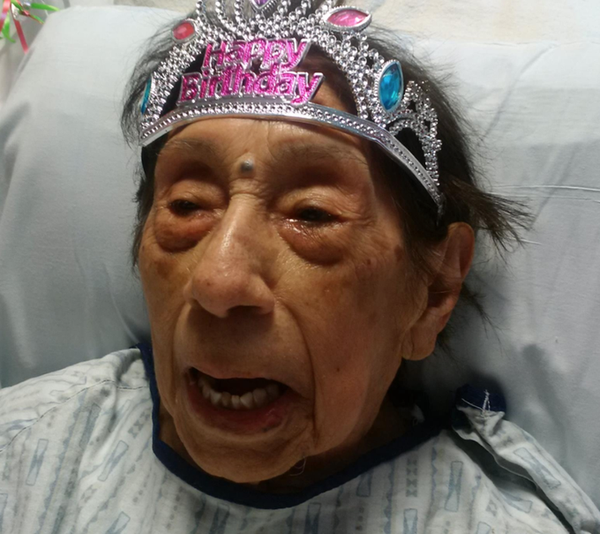 RIP my beloved Felicita. She passed away this afternoon just 2 days after her 100th birthday. She came to this country 52 years ago to raise the baby my mother was about to have. That baby was me.

She was just one of many hundreds of thousands of immigrants who come to this country chasing dreams, excited by its possibilities and promises, hoping and praying that America would be all it was said to be.

At first, it was. She was lost and new and barely had schooling and didn't know the language. Yet people were kind, helpful, patient with her language barriers. She was never just a babysitter to our friends and neighbors, but someone so special and trustworthy that strangers would entrust with her their most valued possession - their children. She was overjoyed when she became a citizen here, despite her limited English and lack of education. This was the land of opportunity. Why not?! That was what America was about. It banked on her potential and rewarded her hard work. As a little girl, her experiences, and those of my own immigrant mother, taught me what it meant to be American and burned in my heart what Americans can be.

But over the time she was here, raising children, and paying taxes, people also became cruel and cutting, and flat out racist. The country itself could be forbidding and hostile, questioning whether people like her should have been showed the door. She never believed in that America. I can't begin to adequately describe how her smile lit up a room, how she won people over, cajoled them into being her friend when they couldn't even communicate. On her 100th birthday, her room was full of well wishers.

Which America are we? It's so hard to tell these days. But I'm so happy that she got to live in the former, even if she had to die in the later. I know I'm all I am today because she enabled my mother to join the workforce like many millions of other women, creating an economic engine that lifted a generation into the middle class. Whether lives like hers matter in the great national debate over the worth of immigrants, I know she meant the world to me. And, me, my mother, brothers and everyone she touched will miss her and all she stood for. 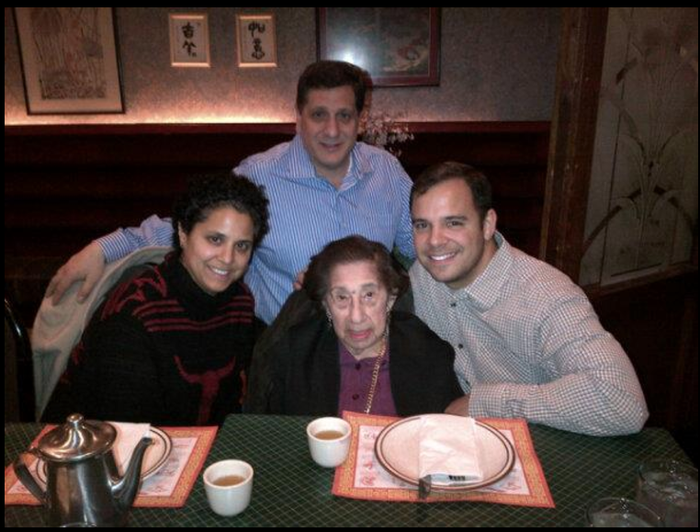 Rose, your words are truly moving. The picture of you, Alex and John demonstrates what I’m sure she would deem her greatest joys. She was always so sweet, nurturing and caring to everyone, including my brother and I. She leaves all of us with beautiful memories that we’ll carry forever. We mourn her loss but find solace in knowing Heaven’s Gates will swing wide open and welcome her with open arms the same way many of us welcomed her into our hearts. 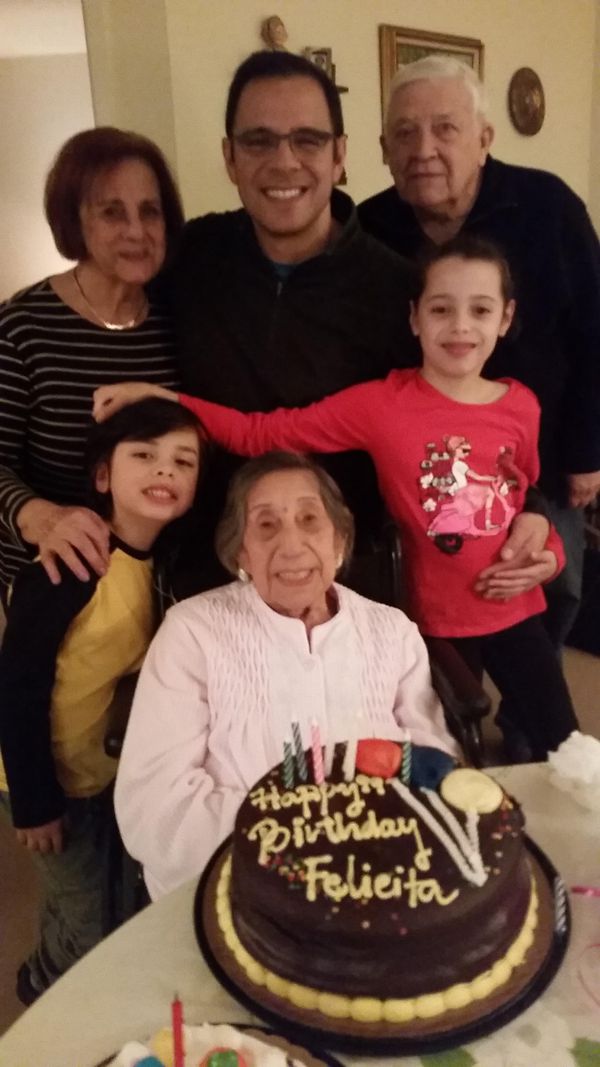 Funeral information to come for those of you in the Washington area. Thanks for all the support for my family in this sad moment.